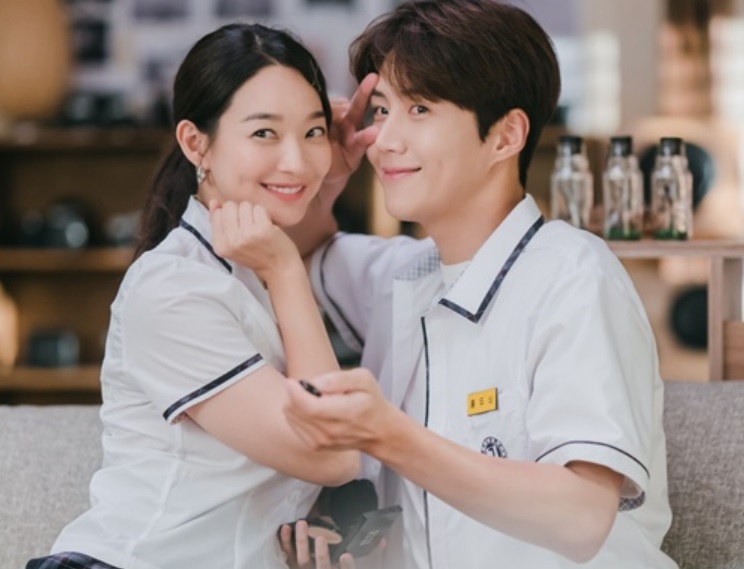 They say love is universal, but when it comes to dating culture, Korea has a different love language, according to five international couples that The Korea Herald interviewed. From love ‘confessions’ to matching outfits, here are some dating norms that set Korea apart. The following is the second installment. – Ed.


In Korea, many young couples express their love through fashion -- by wearing matching outfits in public.

A search on Instagram with the hashtag “couplelook” in Korean returns more than 3.3 million pictures and short videos of couples sporting coordinated styles. 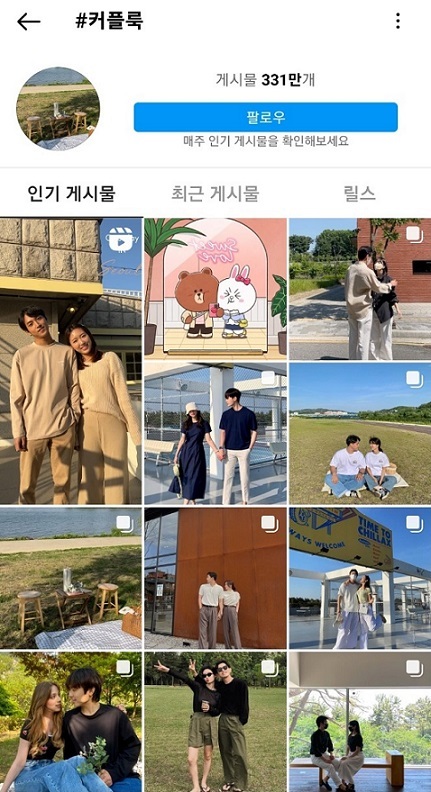 Korean couples wear matching outfits not only to publicly display their love for each other, but also to feel close to each other.

But in Canada, only twin babies or children dress the same, said Sarah, who found the dating fashion odd.

Lee Chang-wook, an office worker at a local IT company in his 30s, said his wife Linnea from Sweden reacted similarly, when he gave her couple items as presents.

“The only matching item that Swedish couples wear is a wedding ring. My wife was at first negative about the couple-twinning trend in Korea, but she now enjoys wearing (the clothes) in a similar manner,” he said. The couple now have Harry Potter couple pajamas in different colors, he revealed. 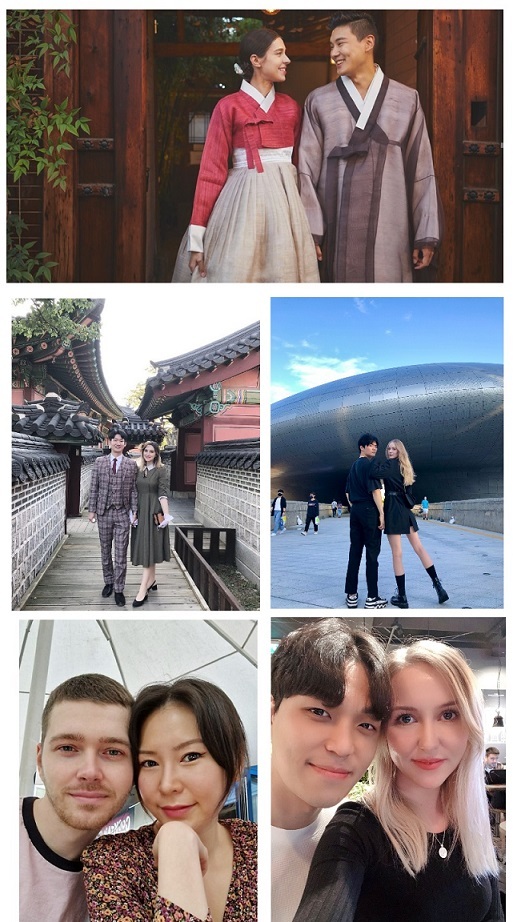 Clockwise from top Lee Kyu-ho and his Canadian wife Sarah (Courtesy of Lee) / Kim Hyun-kyu and his German girlfriend Lara (Courtesy of Kim)/ Lee Chang-wok and his Swedish girlfriend Linnea (Courtesy of Lee) / Lee Ru-bin and her Lithuanian boyfriend Paulius (Courtesy of Lee) / Aybuke and her Korean boyfriend Jeong-gyu (Courtesy of Aybuke)
Among a variety of couple items in Korea, the “couple ring” -- not to be confused with the wedding ring -- came as a surprise to some foreigners.
Aybuke, a 27-year-old Turkish graduate student from Chung-Ang University in Seoul, said, “Couples sometimes match their clothes in my country, but Korean couple stuff is on another level. I don’t prefer to wear a ring unless I’m married.”

She has been dating a 30-year-old Korean guy named Jeong-gyu, whom she met on a language exchange app, for almost two years.

Germans usually go out on a date to see how their feelings grow for each other, Lara explained. When they stop seeing anyone else, that’s an indirect way of confessing their love, she added.

Lara first met her boyfriend, Kim Hyun-kyu, 23, via a language exchange app. She was his German tutor.

They became an official couple after Kim asked her to be his girlfriend in December 2019. Having lived together in Germany for more than a year, the international couple currently runs the YouTube channel “Hunny couple,” where they upload videos documenting their daily life and special events.