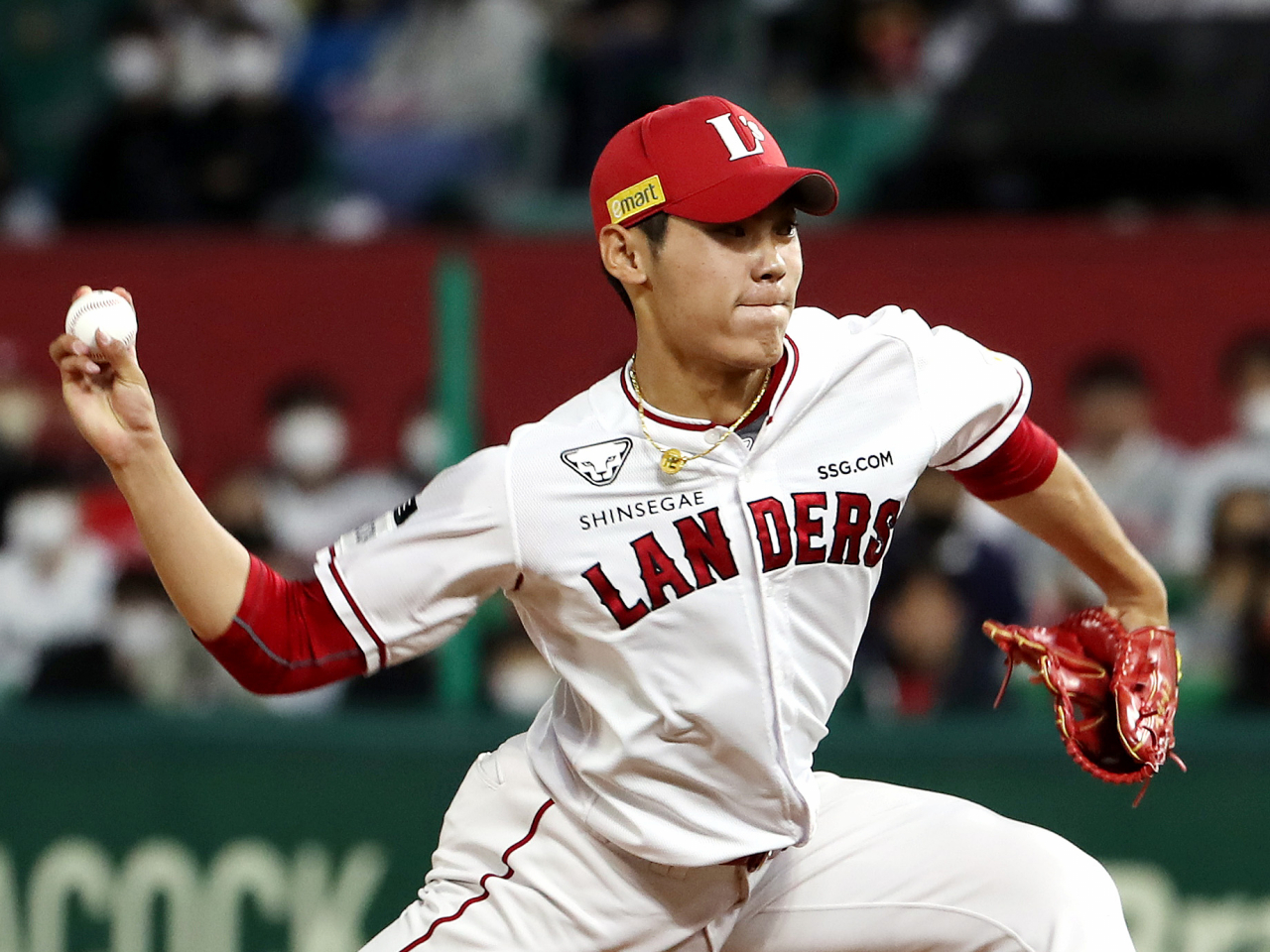 Yun Tae-hyeon of the SSG Landers pitches against the NC Dinos during the top of the ninth inning of a Korea Baseball Organization regular season game at Incheon SSG Landers Field in Incheon, 40 kilometers west of Seoul,last Friday. (Yonhap)

The SSG Landers have spent the entire 2022 South Korean baseball season so far in first place. Their throne will face a serious challenge this week, with a pair of three-game sets on the horizon against clubs right below them in the standings.

The Landers went 2-4 last week in the Korea Baseball Organization (KBO), the first time they failed to play at least .500 ball in a full week since the season began on April 2.

The Landers' suddenly-shaky bullpen will be tested in a midweek series against the Doosan Bears at Jamsil Baseball Stadium in Seoul, followed by a weekend series against the LG Twins at Incheon SSG Landers Field in Incheon, 40 kilometers west of the capital.

The Landers' bullpen had the KBO's second-lowest ERA in April with 2.31, but they have been the worst unit so far this month with an 8.25 ERA. The league average this month is 4.51.

On Wednesday against the Samsung Lions, the Landers relievers surrendered three runs in the bottom eighth and one more in the bottom ninth. The Lions then scored the winning run in the bottom 10th for a 6-5 win.

Four days later, the last-place NC Dinos went for three runs in the eighth and four runs in the ninth against the Landers, en route to an 8-7 victory.

The Bears have the KBO's worst on-base plus slugging percentage (OPS) with .639, and perhaps the Landers' bullpen can breathe a bit easier to start the week. But then from Friday to Sunday, they will be up against a Twins' offense that has scored the league-high 176 runs so far.

The Twins batted .344 with a .905 OPS last week, both the best marks in the KBO. Lee Jae-won, a 22-year-old outfielder on fire, batted .476 with three home runs and nine RBIs in six games in that span.

The Landers will count on their still-solid starting rotation to hold the fort and not expose the bullpen so much. Left-handed ace Kim Kwang-hyun, the league leader with a 0.60 ERA after seven starts, is in line to make a start during that three-game weekend series. He has not yet faced the Twins this season. (Yonhap)