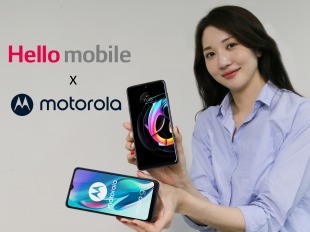 Bookings for the new phones, which will be released at the end of this month, can be made at the online mall of LG Hello Mobile.

High-end wireless headphones will be given to the first 500 customers to sign up for the Motorola phones.

Free after-sales service will be provided for two years through the 46 Korean service centers run by Lenovo, the Chinese multinational technology company of which Motorola is a subsidiary.