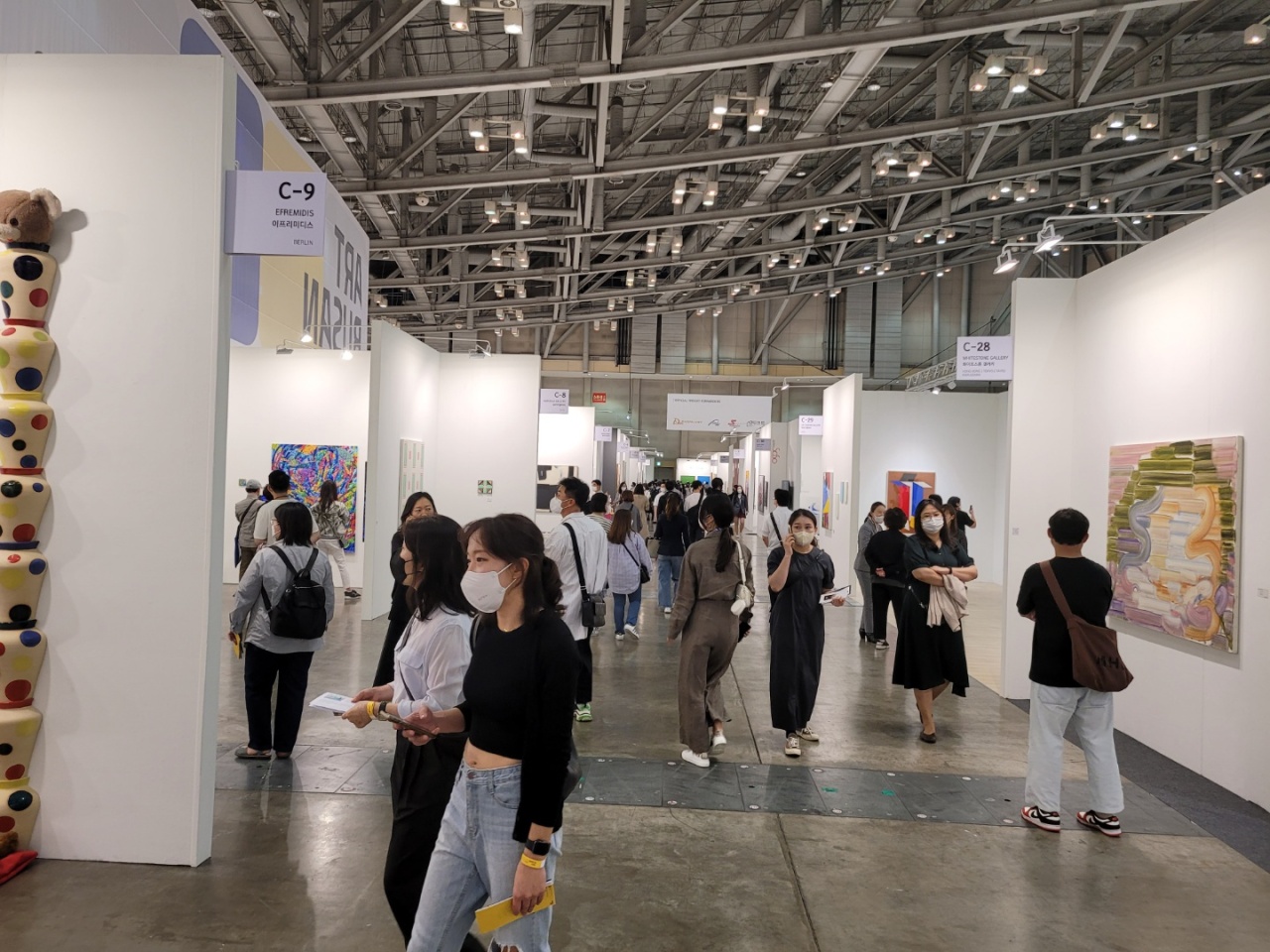 South Korea’s thriving art market turned its focus to the southwestern port city over the past few days, as Art Busan 2022 kicked off Thursday with a VIP opening session and ran through Sunday.

“As of Sunday morning, we are expecting to see around 60 billion won ($50 million) in sales. It is another sales record,” Chae Seung-min from Art Busan told The Korea Herald.

The art fair announced early Monday morning that it recorded 75 billion won in sales. A total of 102,000 people visited the four-day fair, including 1,2000 visitors during the VIP sessions. 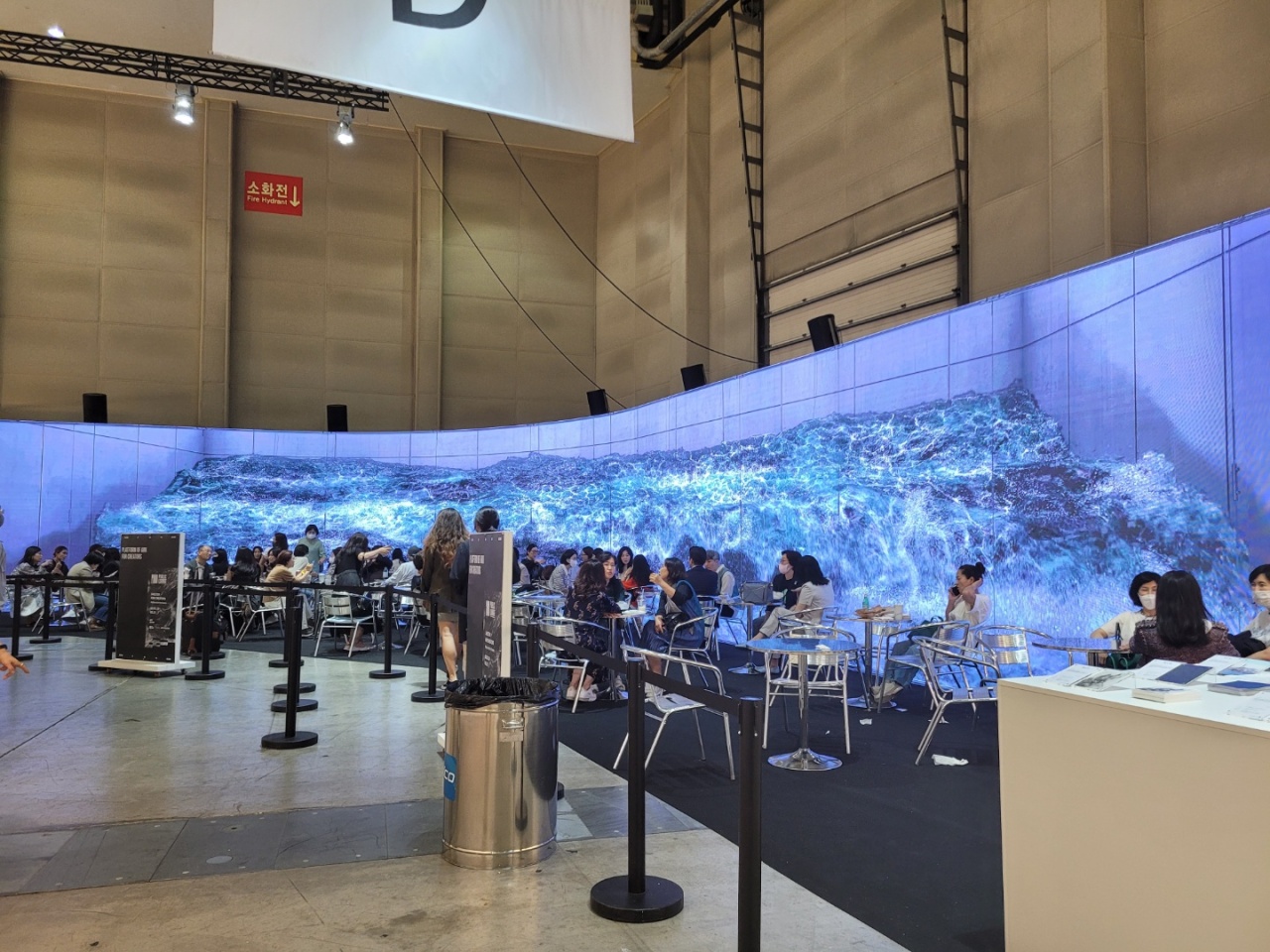 “It seems like collecting culture is maturing,” said an official from Gallery Hyundai. “I saw people hesitating before choosing works last year, but now it seems that many collectors know what they want.”

At the entrance to the Gallery Hyundai‘s booth -- the gallery is one of the oldest art galleries in the country with a 52-year history -- was “One Through Zero (The Ten Numbers)” by Robert Indiana, famous for his iconic “LOVE” image. Works by Lee Kun-yong, Kang Ik-joong and German painter Sabine Mortiz were also on display in the booth. 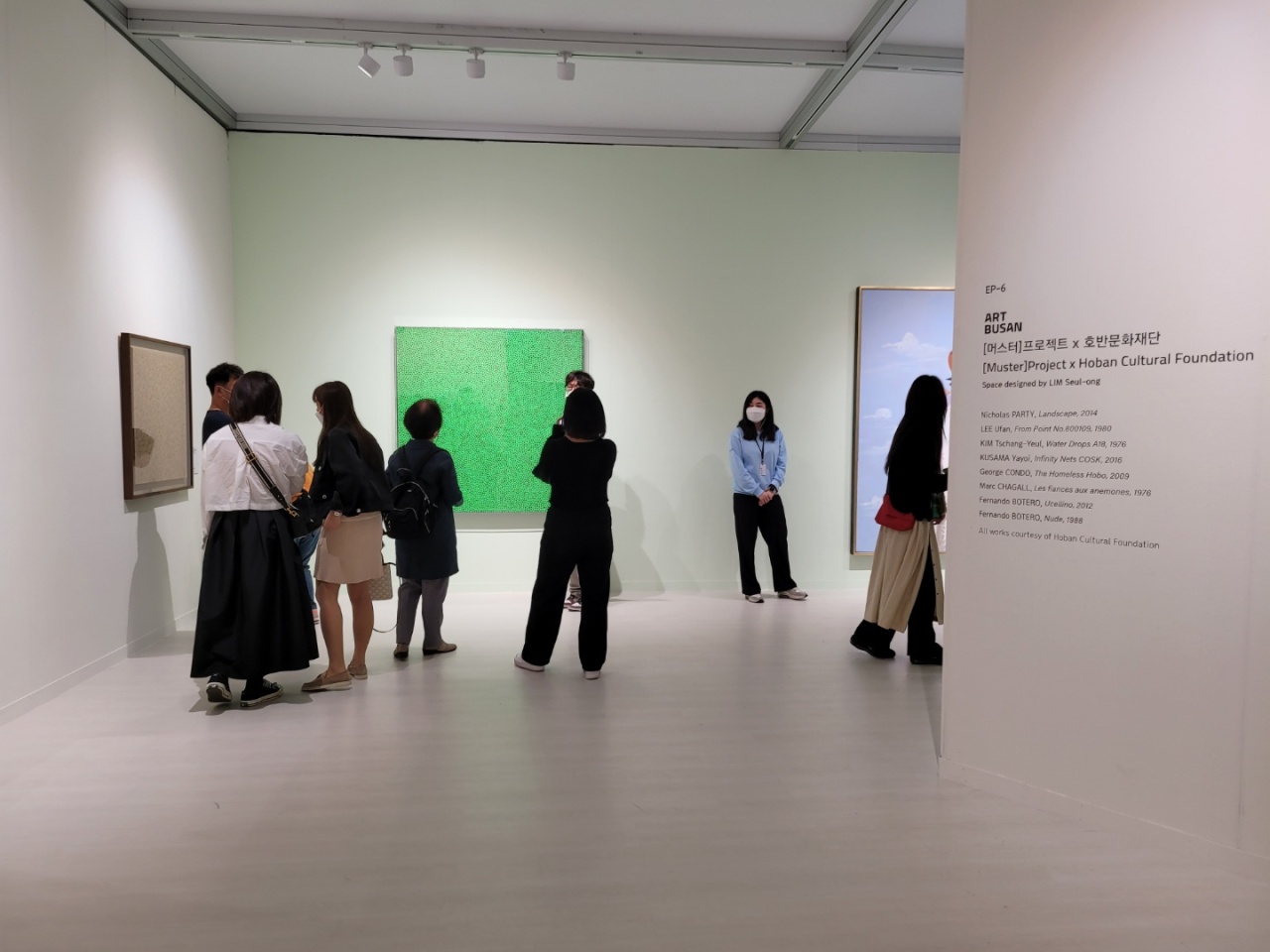 “I definitely see the difference from last year. We don’t need to explain much to people. They seem to have studied a lot about the artists,” said Youn Yeo-seon who has run Galerie GAIA since 2002 in central Seoul and is a board member of Kiaf SEOUL. “It does not have to be an expensive work. Many young people seem to enjoy collecting works within a one to 2 million won budget.”

Kukje Gallery, one of leading galleries In the country, presented works by emerging and prestigious Korean artists such as Yoo Young-kook, Ha Chong-hyun, Park Jina and Yang Hae-gyu, which were sold quickly at Thursday’s VIP opening session.

Among the 133 galleries from 21 countries participating this year was Saradipour Gallery, the sole international gallery from the Middle East.

“Iran has a lot of good artists. We have just started to introduce Iranian art to South Koreans. It (Korean art market) is good to sell, but our main reason is not just for selling. We want to introduce culture of Iran and what is happening inside of Iran,” said Hassan Saradipour, founder of the gallery. 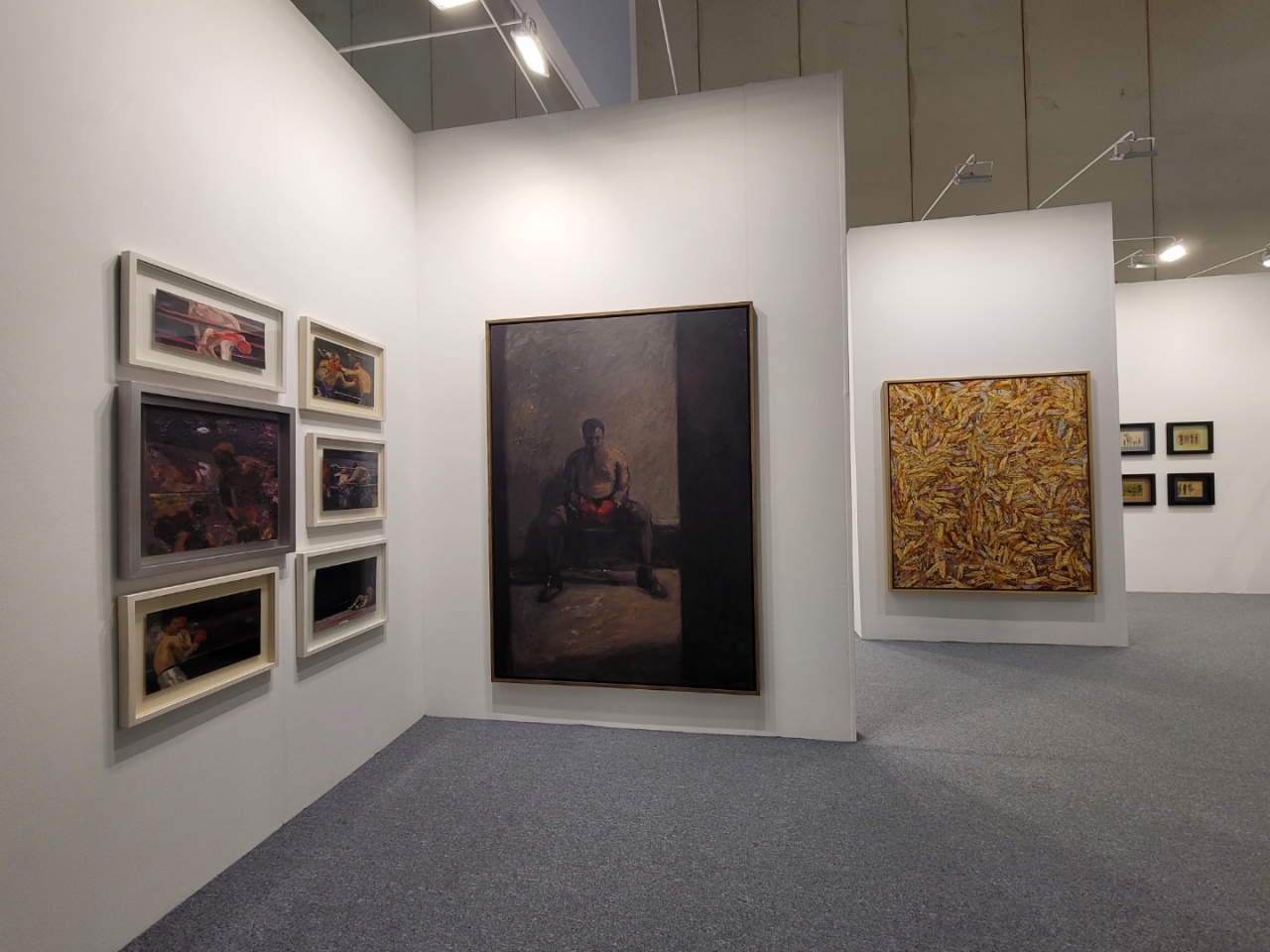 While art fairs have been a popular destination for art fans to spot celebrity art-lovers, few celebrities were seen this year.

“It seems some celebrities are holding off their appearance either at the fair or on social media as it is right after the funeral of Kang Soo-youn. It was a huge thing for the film industry,” a gallerist who declined to be named, told The Korea Herald.

The 11th edition of Art Busan featured a variety of programs, including visits to collectors’ house or artists’ studio for VIPs as well as lectures by experts and artists called “Conversations,” offering participants a chance to catch up with the latest trends in the global art market.

Exhibitions of 14 artists, including American artist James Turrell, New York City-based artist Austin Lee and media artist Kang Yi-yun, were set up across the fair, which was held at Bexco Exhibition Center in Busan.