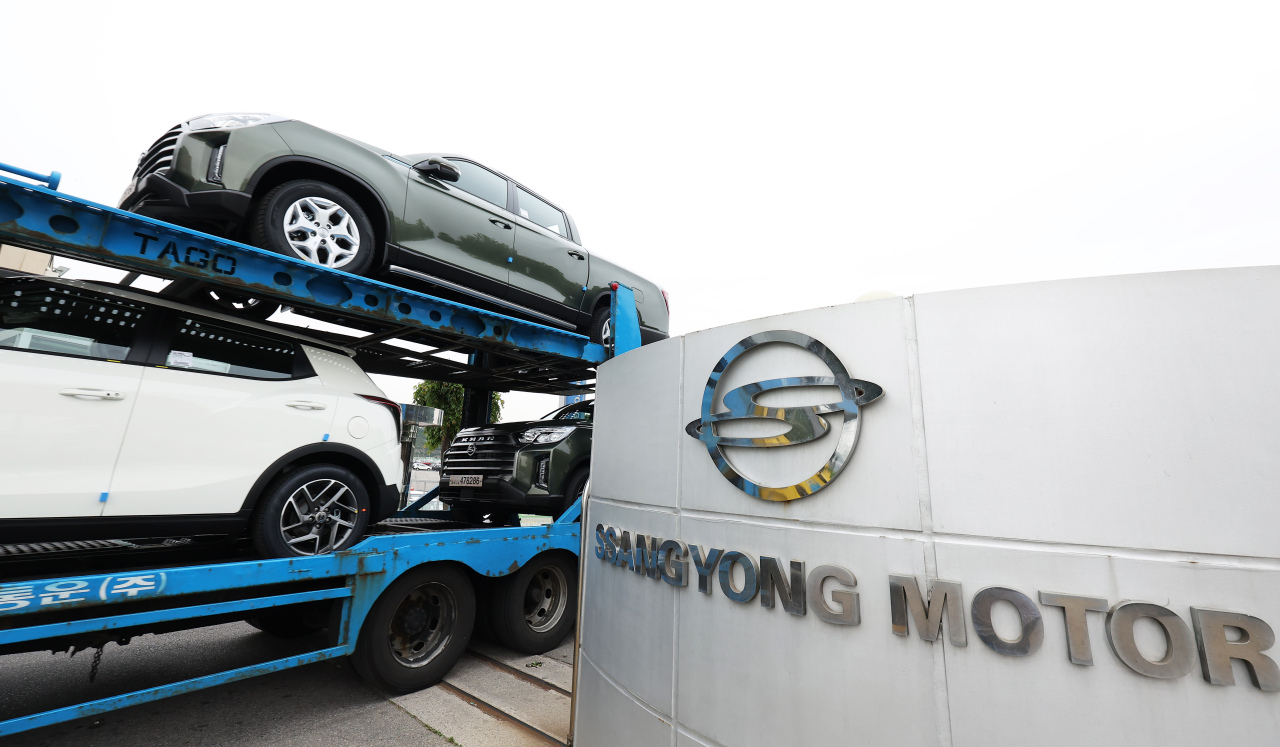 SsangYong Motor's Pyeongtaek plant in Gyeonggi Province (Yonhap)
A Seoul court on Friday selected a local consortium led by chemical-to-steel firm KG Group as the preliminary bidder for SsangYong Motor ahead of the auction beginning later this month to find a new investor for the carmaker.

SsangYong and its lead manager EY Hanyoung accounting firm accepted the KG-Pavilion PE equity fund consortium as the consortium beat others in terms of acquisition price, fundraising plans, and employment guarantee period, the company said in a statement.

"SsangYong will sign a stalking horse deal with the KG consortium early next week and then release a public notice for the new auction to find a new owner," a company spokesman said over the phone.

KG Group will "thoroughly" prepare for the remaining process to acquire SsangYong, a company spokesman said over the phone.

"Regardless of the preliminary bidder selection, we will participate in the upcoming auction," Ssangbangwool said in a statement.

The Seoul Bankruptcy Court extended the deadline for SsangYong to find a new owner and submit a new restructuring plan by six months until Oct. 15.

SsangYong aims to select a preferred bidder at the end of June, sign a deal in early July, submit its rehabilitation plan to the court in late July and obtain the court's approval for its restructuring plan in late August.

SsangYong has been under court receivership since April 15, 2021, after its Indian parent Mahindra & Mahindra Ltd. failed to attract an investor amid the COVID-19 pandemic and its worsening financial status.

The latest deal's collapse marks yet another setback for the SUV-focused carmaker.

China-based SAIC Motor Corp. acquired a 51 percent stake in SsangYong in 2004 but relinquished its control of the carmaker in 2009 in the wake of the global financial crisis.

On the same day, the Korea Exchange extended by eight months until Dec. 31 the period for SsangYong to improve its financial status not to be delisted from the country's main bourse.

Previously, the KRX gave SsangYong a one-year improvement period until April 14, 2022, as KPMG Samjong Accounting Corp., the auditor of SsangYong, declined to give its opnion on the carmaker's financial statements for the year of 2020.

KPMG Samsong declined to offer its opinion for its 2021 financial report due to snowballed losses. SsangYong posted net losses for six consecutive years through 2021. (Yonhap)