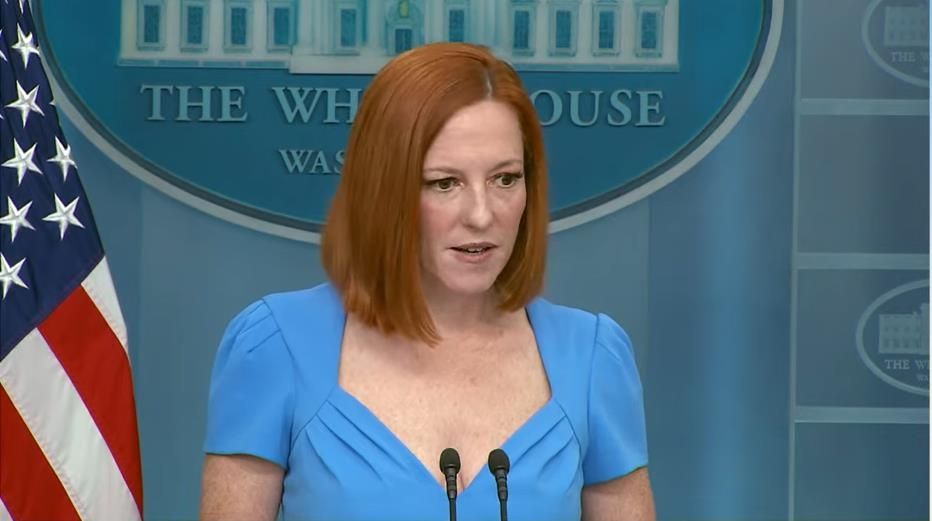 The United States has no immediate plans to provide COVID-19 vaccines to North Korea but supports international efforts to help vaccinate the people of the reclusive country, a White House spokesperson said Thursday.

Jen Psaki, however, accused Pyongyang of exploiting its people by denying or diverting international assistance to pursue unlawful weapons programs.

"The United States does not currently have plans to share vaccines with the DPRK," the White House press secretary said when asked if the US had plans to provide North Korea with COVID-19 vaccines.

The country reported its first case of the omicron variant of COVID-19 on Thursday (Seoul time), also marking its first-ever report of a COVID-19 case.

"We do continue to support international efforts aimed at the provision of critical humanitarian aid to the most vulnerable North Koreans," said Psaki, noting the North has "repeatedly refused vaccine donations from COVAX," a global vaccine distribution project.

"And this is, of course, a broader part of the DPRK continuing to exploit its own citizens by not accepting this type of aid," she added. "It's not just vaccines. It's also a range of humanitarian assistance that could very much help the people in the country, and instead they divert resources to build their unlawful nuclear and ballistic missiles programs."

North Korea has maintained an unprecedentedly strong border closure since early 2020 as a precaution against the COVID-19 pandemic.

Still, the country has staged nearly two dozen rounds of missile launches in less than 12 months, including 16 rounds this year.

"We support international efforts. (There are) no current plans for the US to donate, you know, from the United States' supplies," Psaki reiterated. (Yonhap)