The space is designed by Rakkojae, a major hanok stay brand.

Upon entering, guests will appreciate the calm background music playing in the serene atmosphere of Binkwan which affords a panoramic view of Seoul, including Namsan Tower. Only a few minutes from the bustling tourist area of Bukchon, Binkwan transports guests far away to another time and place. 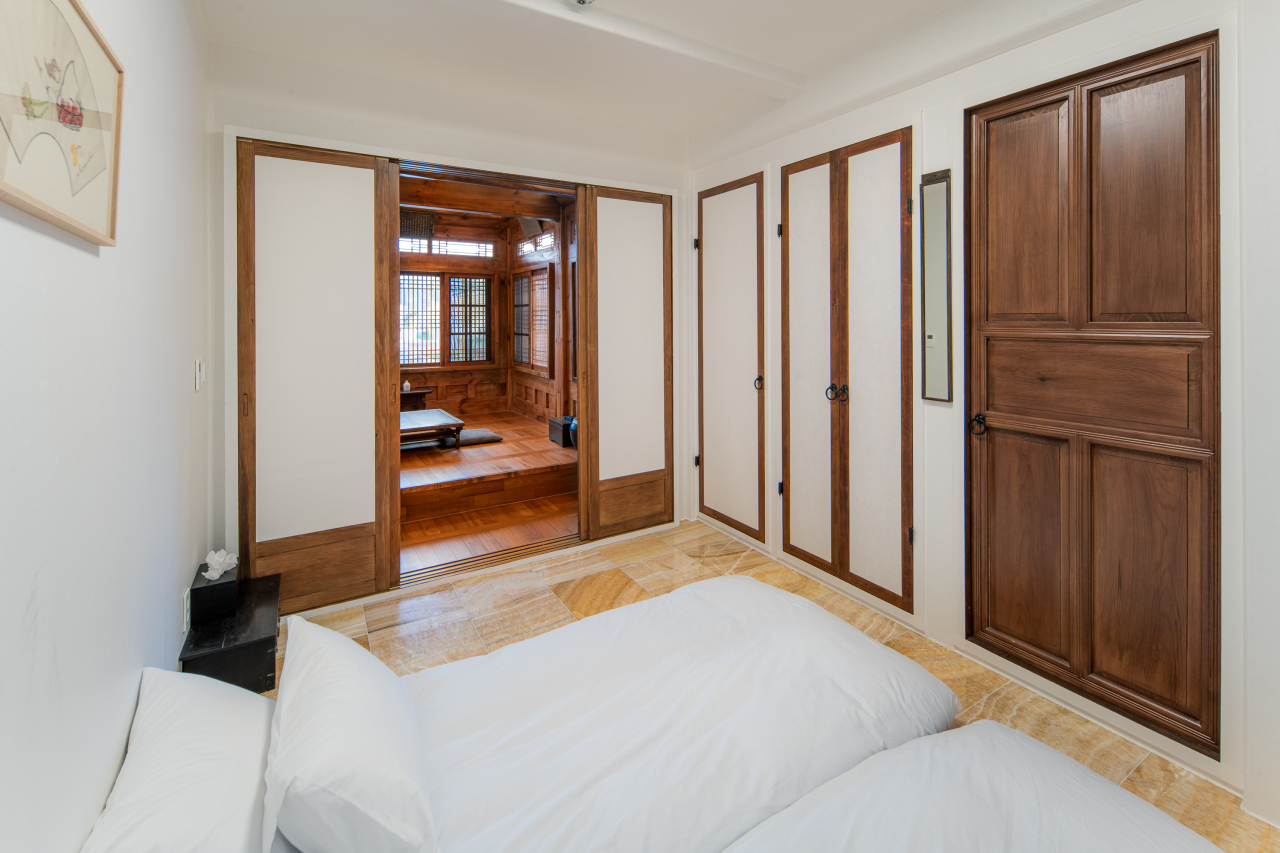 One of the suites at Bukchon Binkwan (Seoul Metropolitan Government) 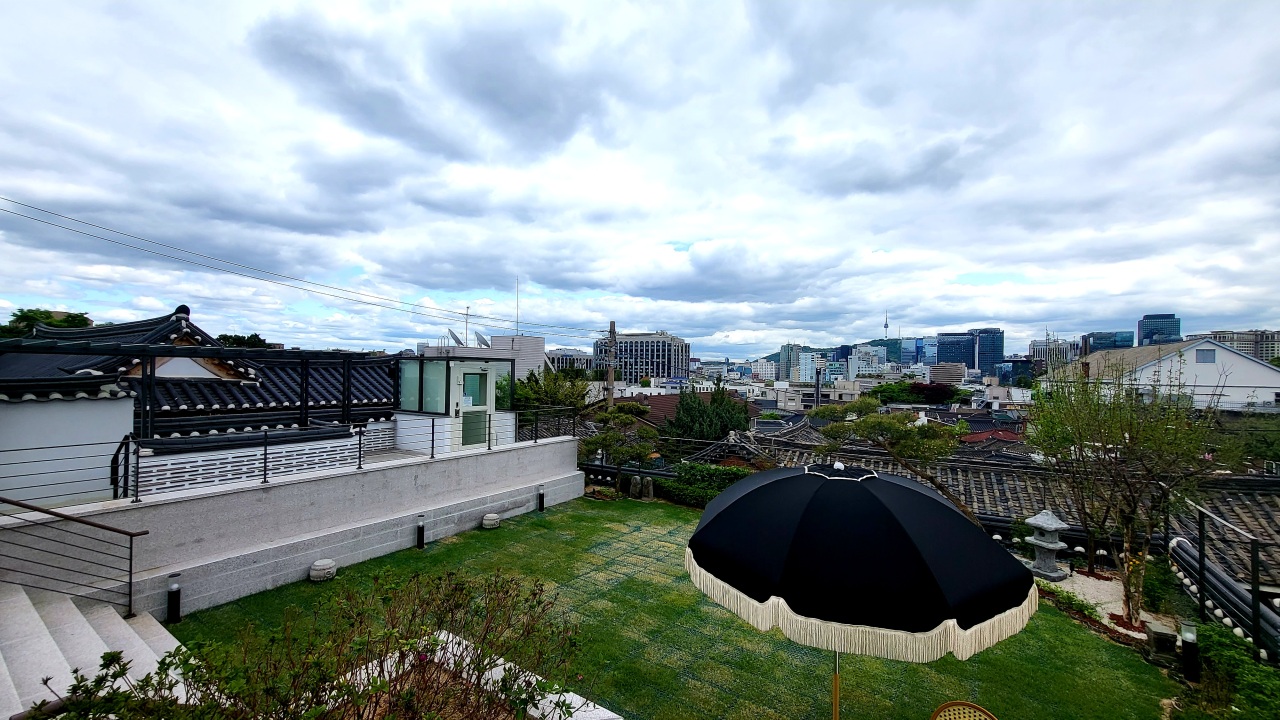 A viewfrom a Bukchon Binkwan guestroom (Kim Hae-yeon/ The Korea Herald)
“Since our opening, we have already had several international guests staying for more than 15 days at Binkwan and remote working. Recently, we had a couple from the United States and a businessperson from Qatar,” Michael Ahn, executive vice president at Rakkojae, told The Korea Herald at Binkwan on a recent Sunday.

“Ensuring a comfortable stay for digital nomads is one of our goals in the post pandemic era. We expect more foreign guests to stay in the coming months, especially during the peak summer season,” Ahn added.

Binkwan’s original hanok is presumed to have been built in 1939, during the Japanese colonial rule of the Korean Peninsula.

Record shows that the hanok had once been owned by Jung Se-kwon, an independence movement activist and land developer, who worked to protect and modernize traditional Korean architecture.

Jung built over 200 small-sized, space-efficient and modernized hanok around the Bukchon area in the 1920s and 30s, gradually turning it into a big hanok complex. 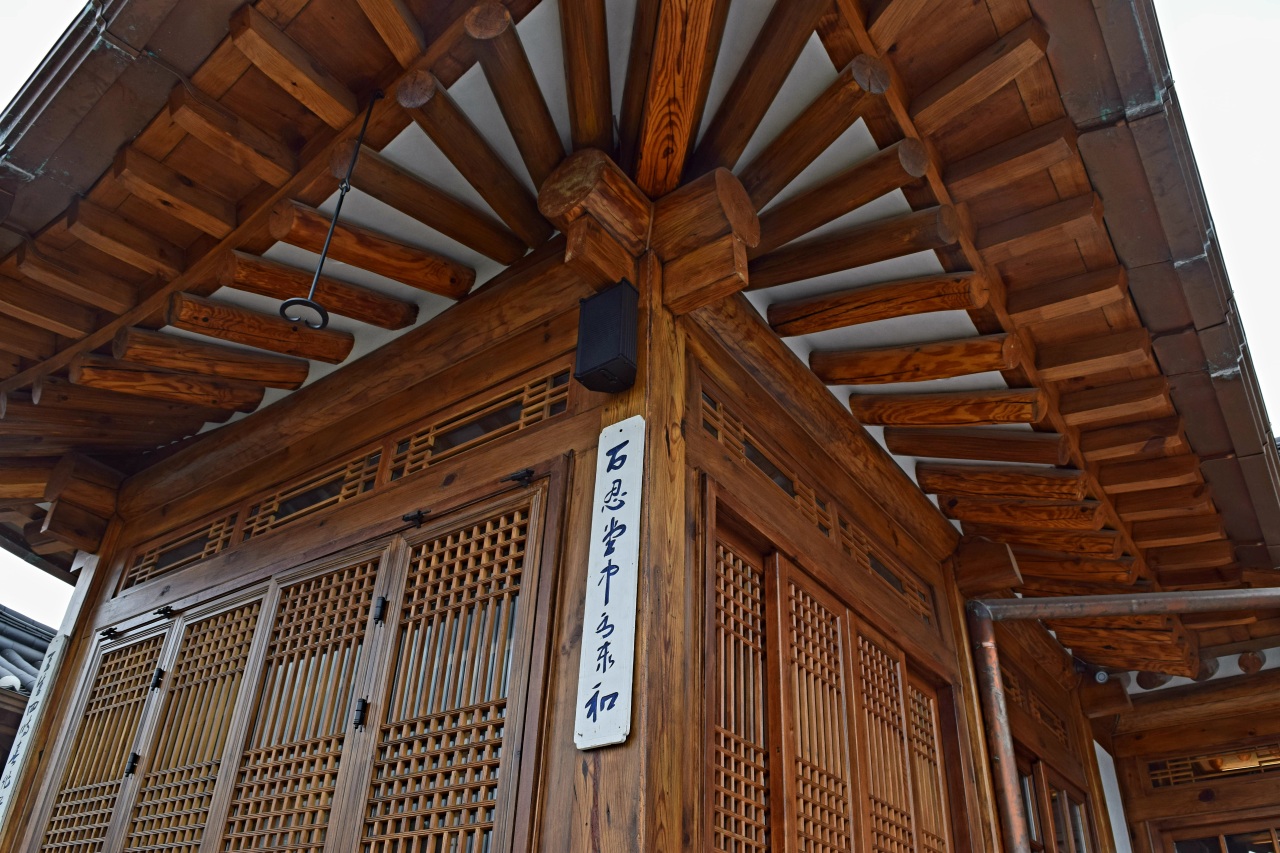 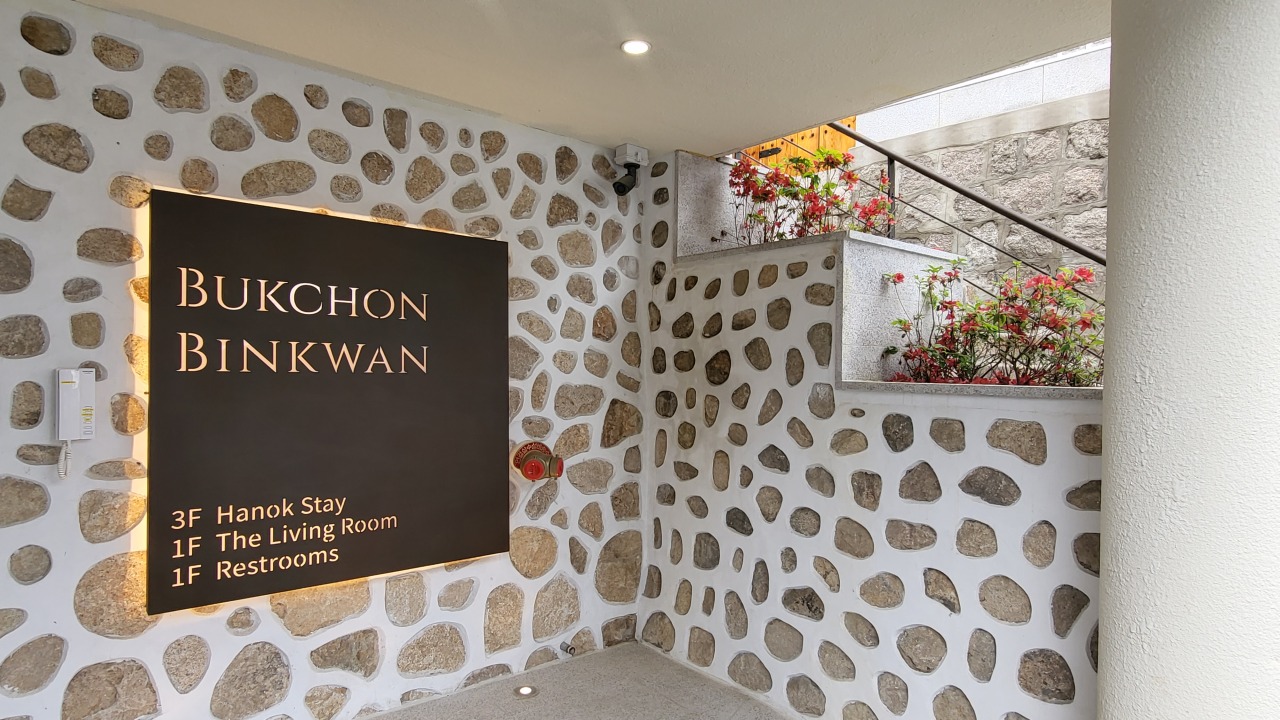 Entrance to Bukchon Binkwan (Kim Hae-yeon/ The Korea Herald)
It took two years of renovation to turn the hanok bought by the Seoul Metropolitan Government in 2019 into Binkwan.

Binkwan has five rooms. Up to six guests can stay together by connecting the two anbang suites. Antiques and works of ceramic art are used to decorate the rooms.

On the ground floor, a spacious community lounge, named The Living Room, is open to both guests and residents of the Bukchon area, offering coffee and tea at a discounted price.

Since the traditional hanok rooms do not have tables or chairs, visitors can use the lounge to comfortably work on computers, read or have meals.

“We expect Binkwan to serve as a hanok stay that offers more to the neighbors in Buckchon as well as guests,” a Seoul Metropolitan Government’s Hanok Heritage Preservation Division official told The Korea Herald. “If you know the modern history of the area, you can better understand the neighborhood and the residents living there today.”

Information on hanok and related history can be found at the Bukchon Hanok History Center located one block east of Binkwan.