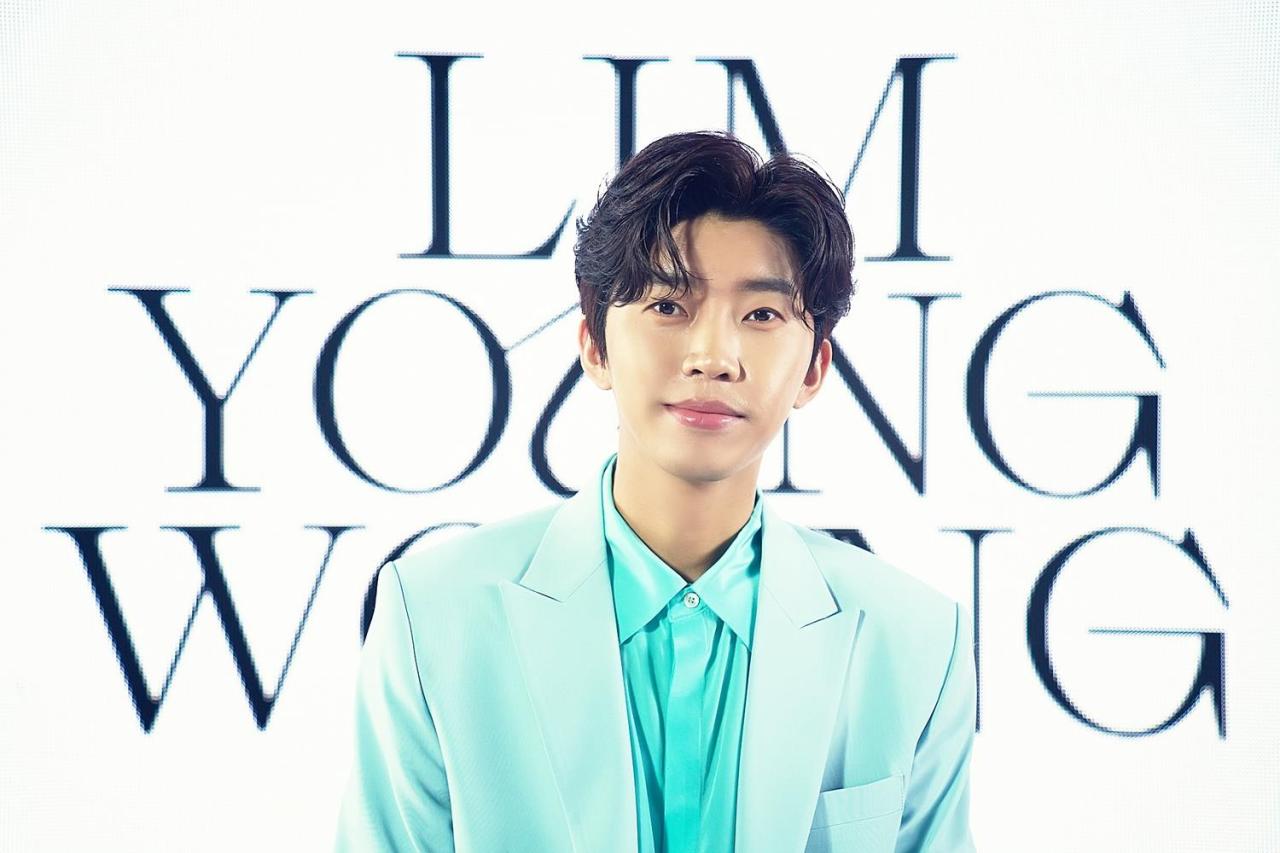 Lim Young-woong poses for photos prior to the press conference held on May 2 for his first full-length album “IM HERO.” (Yonhap)

At age 71, Kim Im-kyung is learning how to be a fangirl.

At her three-room apartment in Seoul, Kim turned one whole room into a shrine dedicated to her idol -- Korean trot singer Lim Young-woong -- decorating it with his posters and a collection of fan merchandise like a light stick.

To help Lim’s songs rank high on music charts, she plays his latest album through an online music streaming service all day long, despite personally owning five physical copies of it.

She watches almost every single video related to Lim on YouTube. His name comes up in most of her conversations with friends these days, too.

“I’ve never liked someone like this in the past 30 years,” Kim told The Korea Herald.

The last time she was a fan of someone, she was in her 30s. She remembered penning a handwritten letter to a TV broadcast station about an actor she adored back then.

The object of her affection -- 30-year-old Lim -- was the breakout star of the TV singing competition show “Mr Trot” in 2020. On May 2, the singer released his first full-length album “IM HERO.”

Despite trot being the oldest genre of Korean pop that is popular mostly among older Koreans, his 12-track album has achieved remarkable success here, having sold over 1.1 million physical copies.

Before him, Baekhyun of K-pop boy band EXO was the only solo artist who reached the coveted milestone with his album released in March 2021. Before Baekhyun, there was none that managed to claim the title for a whole 20 years since singer-songwriter Kim Gun-mo in 2001.

Lim also has a huge presence in the digital music scene. Ten of his songs, including eight from the latest album, are included in the top 100 chart of Melon, South Korea’s largest music subscription service. The rest are dominated by K-pop stars.

On the platform, his fans -- many of them in their 50s, 60s and 70s -- churn out videos related to the star, just like K-pop fans do, such as unboxing his album and reacting to Lim’s tracks and performances. 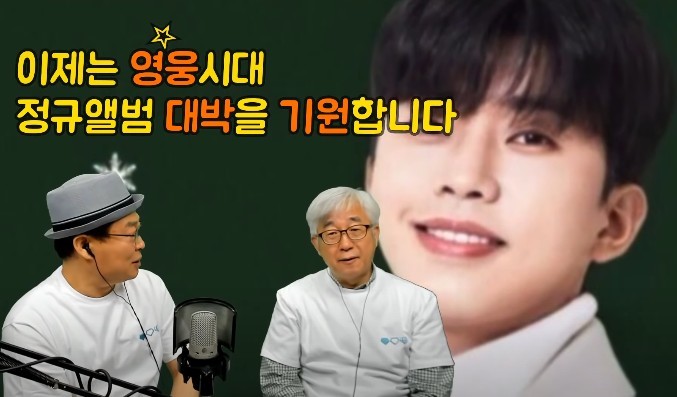 Ryu Ho-jin hosts a livestream on his YouTube channel.

Ryu Ho-jin, 63, runs his YouTube channel Young Grandpa 59 TV, which has 188,000 subscribers. Since Lim’s album was released he uploaded some 60 videos that solely focused on the singer.

The YouTuber covers almost everything that other fans might like to know about, from ways to participate in real-time voting on TV music programs, how to successfully book concert tickets to information on Lim’s schedules.

“I provide information about Lim Young-woong and his songs to fans but I receive more courage and wisdom from them,” he said.

Lim is not the first star the trot genre has produced in recent years. Another trot singer, Song Ga-in, shot to stardom after winning the TV show “Miss Trot,” whose massive success in 2019 was the reason behind its male-version spinoff.

On top of the genre’s overall revival, Lim’s popularity can be attributed to the moving backstory of how he overcame many difficulties in life, said Son Min-jung, a music professor at Korea National University of Education. Lim lost his father at the age of 5 and grew up in poverty.

“The key characteristics of trot is that the music brings back collective memories about family and losses people experience in their lives,” said Son, who has studied the genre for the past 20 years.

According to the professor, people take consolation from trot music, especially when the country goes through difficult times such as when it was hit by the 1997-98 Asian Financial Crisis.

The sorrow and longing that Lim delivers through his songs resonate with older fans as they believe he understands the fetters of life, Son added.

Kim, the 71-year-old fan, agrees with the expert’s analysis.

“Lim Young-woong’s songs touch my heart. I’m simply proud of him as he didn’t give up on his dream of becoming a singer despite hardships in his life,” she said.

Professor Son also pointed out that the middle-aged and older music fans are no longer passive listeners who just listen to whatever music that plays on TV or radio.

“They are now capable of using various media platforms, creating their own culture,” she said.

“While teenagers created their K-pop fan culture, their parents and grandparents learned a lot from them on how to support artists and create a community,” he said.

While Lim’s new album had sparked debate over his authenticity as a trot singer for featuring other genres like ballad, dance and folk music in it, the experts saw it differently.

Son said Lim, by and large, is still very much so a trot singer as he still keeps the vocal timbre required by the genre, such as sounding out a low note with a strong vibrato.

“The album shows how trot music can incorporate with other genres for evolution. I would say he is expanding the horizons of trot music,” she said.

Cha said Lim appears to have included other genres in the album to expand his fan base to the younger generation, given the fact that he is only 30 years old.

Lim worked with singer-songwriter Lee Juck and composer and producer Jung Jae-il for the new album, the key players in the country’s ballad scene in the late ‘90s and early 2000s.

“They produce music in which the memory and emotions that those in 40s know are interwoven. It seems natural for Lim to target younger listeners to sustain his career,” he said.

“It is an interesting time to observe the country’s music scene which is making a great transition between generations.”