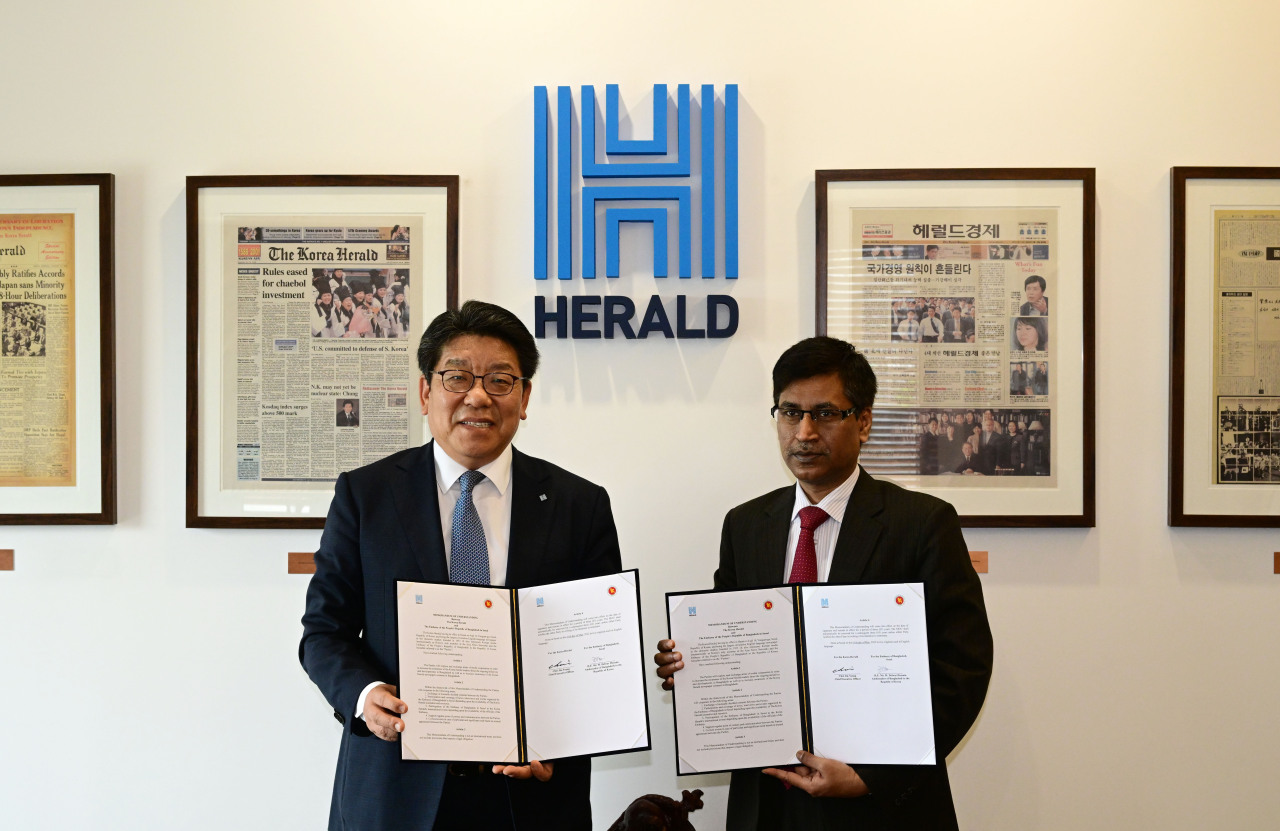 The signing ceremony was held at The Korea Herald office in Yongsan-gu, Seoul, on Wednesday with Bangladesh Ambassador to Korea Delwar Hossain and The Korea Herald CEO Choi Jin-young in attendance. 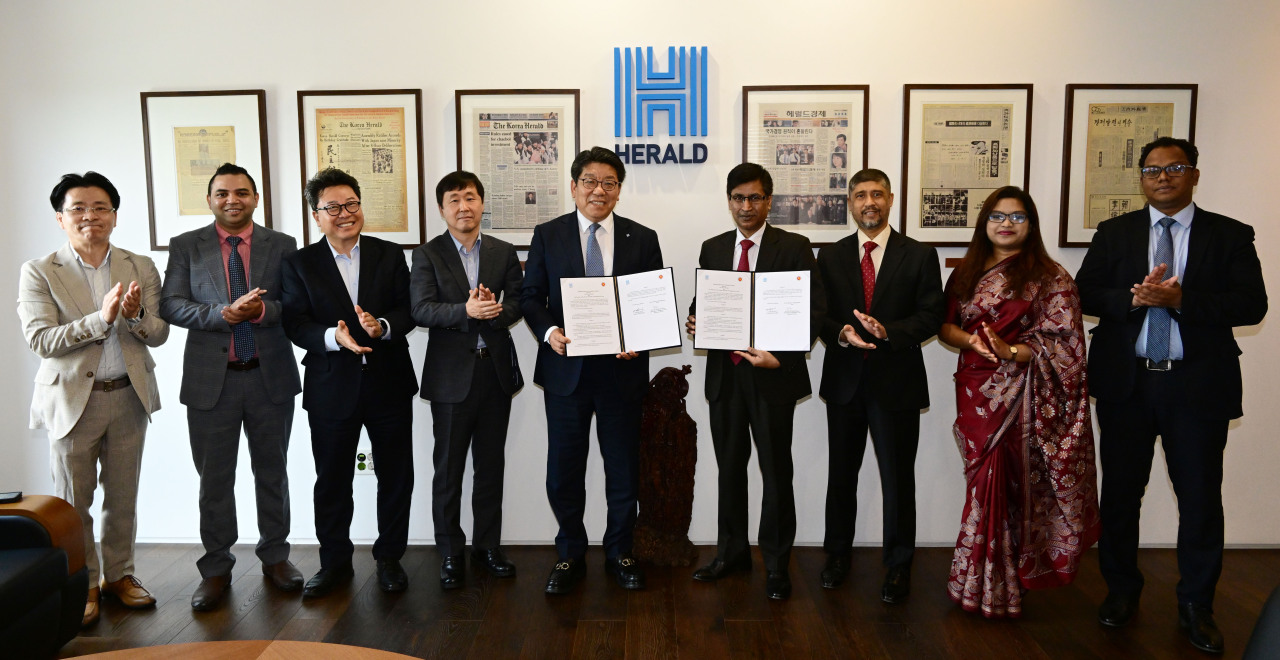 The ambassador also mentioned the emerging cooperation between Korea Overseas Infrastructure & Urban Development Corp. and Bangladesh as the two countries gear up for commemorating 50 years of diplomatic relations in 2023. 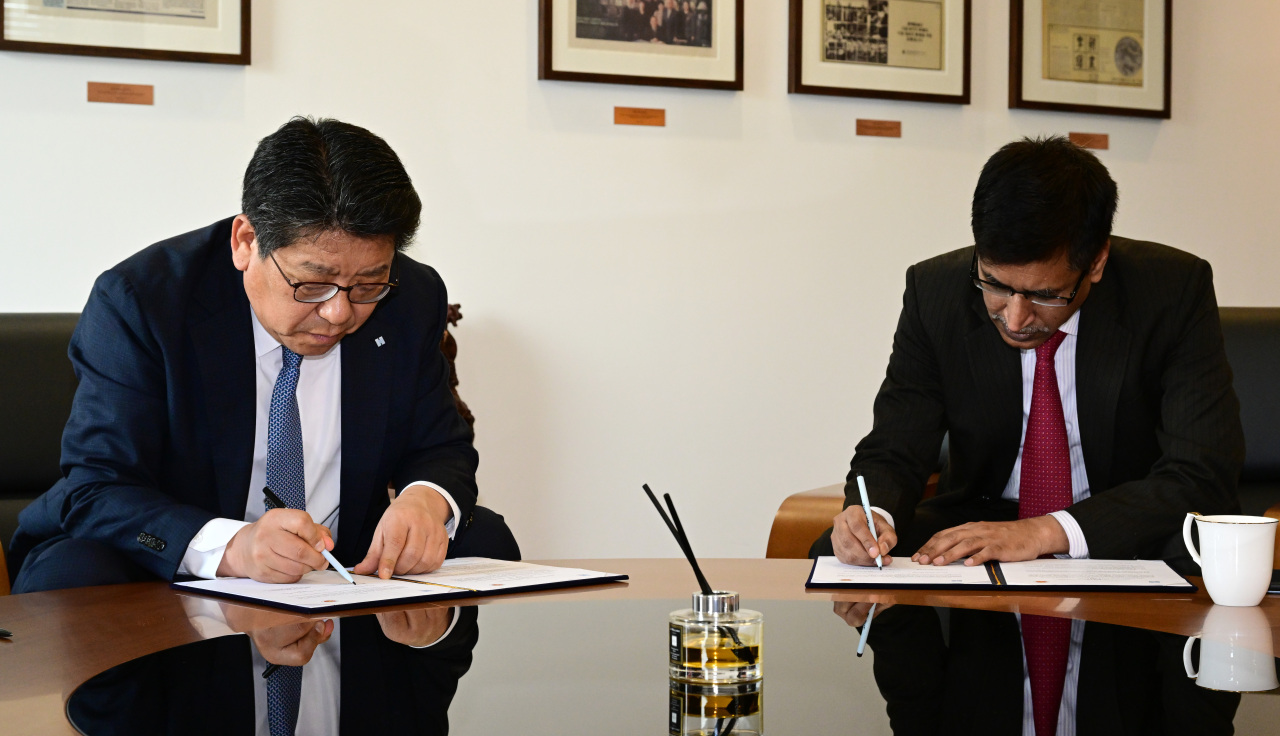 Choi also extended an invitation to the Bangladesh Embassy to host cultural events at The Korea Herald’s Global Business Forum.

The 13-week-long forum, in its second edition, is aimed at sharing and enhancing knowledge of the international community and for exploring overseas investment opportunities and expanding business networks.