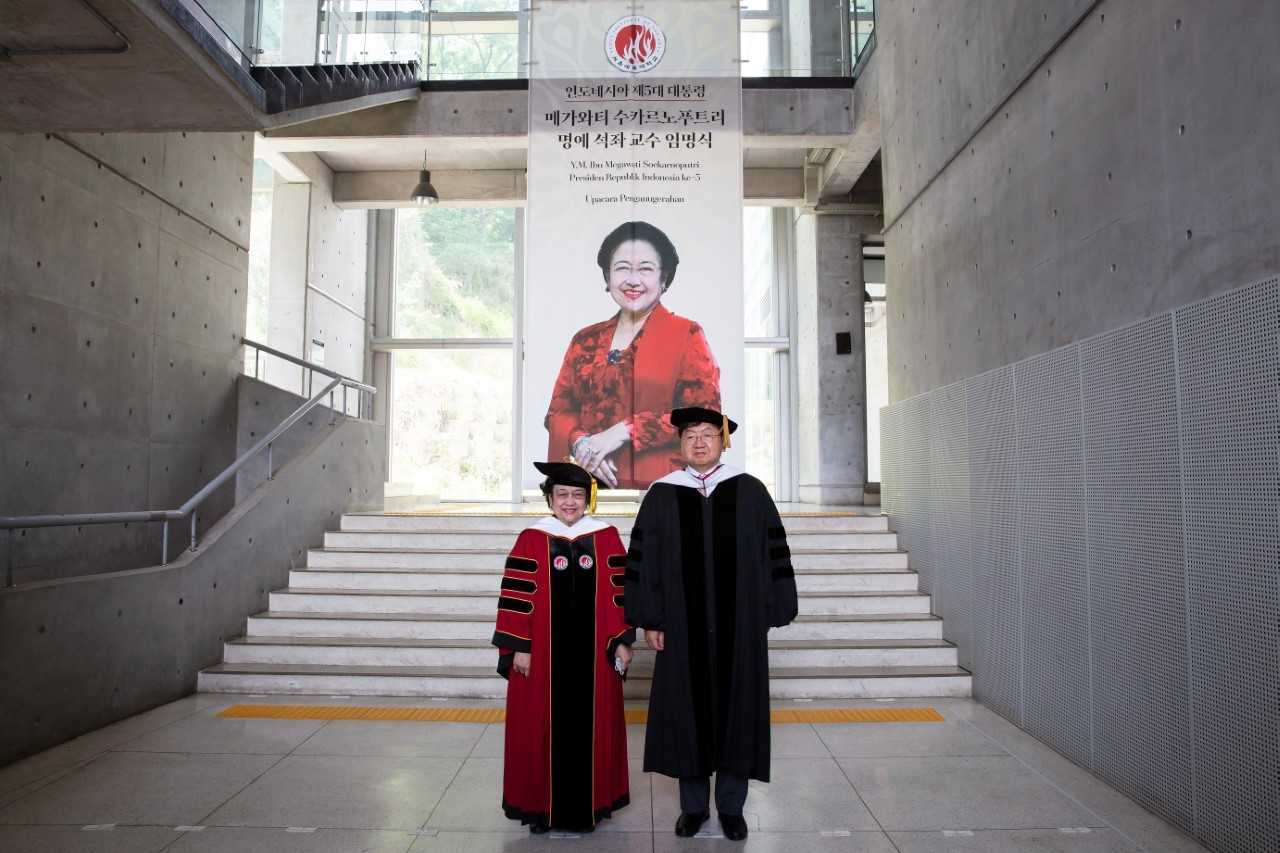 The art institute held a ceremony at its campus in Ansan, Gyeonggi Province, Wednesday, appointing Megawati as an honorary professor. The institute‘s President Lee Nam-sik attended the ceremony, too.

Megawati is an Indonesian politician who served as president of Indonesia from 2001 to 2004 and vice president from 1999 to 2001. She was the country’s first female president. She is the eldest daughter of Indonesia’s first president, Sukarno. She has been a big-name politician since making her way into politics in 1987.

The art institute has been striving to work closely with Indonesia, recognizing the desire for cultural exchange between Korea and Indonesia.

According to the art institute, Megawati has been playing an important role in supporting the bond between the two countries.

Seoul Institute of the Arts has also been making efforts to pave its way to strengthen the relationship, signing a Memorandum of Understanding with Institut Kesenian Jakarta in 2015,