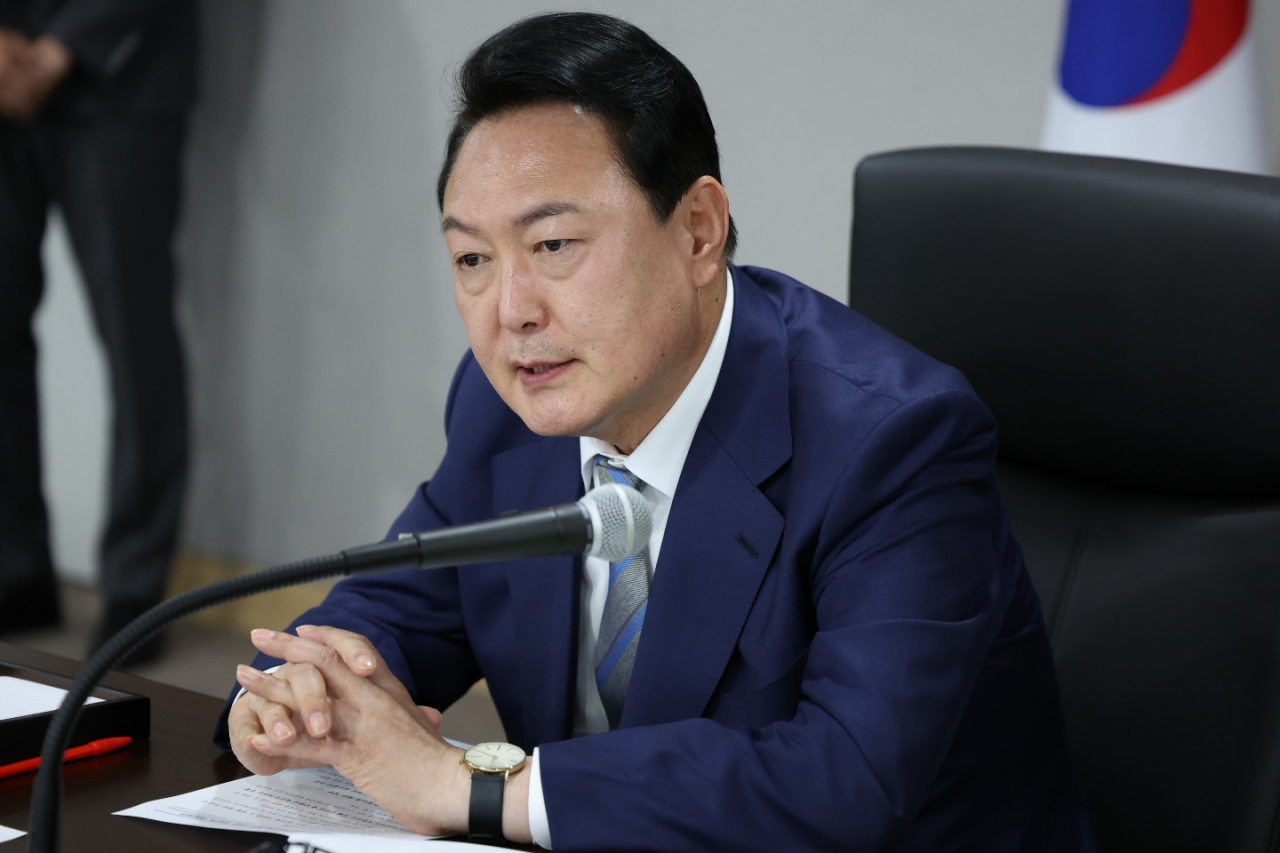 President-elect Yoon Suk-yeol presides over a security meeting at the national crisis management center at the new presidential office in Yongsan, Seoul, on Friday, in this photo provided by his office. (Yonhap)

The meeting will likely be held at the new presidential office in Yongsan in Seoul with the participation of a mix of outgoing and incoming Cabinet members due to delays in the parliamentary confirmation process.

"We're working to make a Cabinet meeting possible on Thursday in order to pass the extra budget proposal," one official close to the president-elect said.

The finance ministry is expected to announce a proposal estimated at some 34-36 trillion won ($26.8-28 billion) after Yoon takes office Tuesday to fulfill the incoming government's promise to wholly compensate small merchants hit by COVID-19 business restrictions.

"The day after the president's inauguration will be packed with meetings with foreign guests who attended the inauguration ceremony, so at the moment, it's highly likely the Cabinet meeting will be held Thursday to approve the extra budget proposal," another official said.

Yoon initially said he would hold his first Cabinet session in Sejong, where the prime minister's office and many other government ministries are located.

But the holdup in parliament's confirmation of Prime Minister nominee Han Duck-soo and other Cabinet nominees will likely force him to hold the meeting in Seoul, with members of the outgoing administration also in attendance to meet the quorum. (Yonhap)