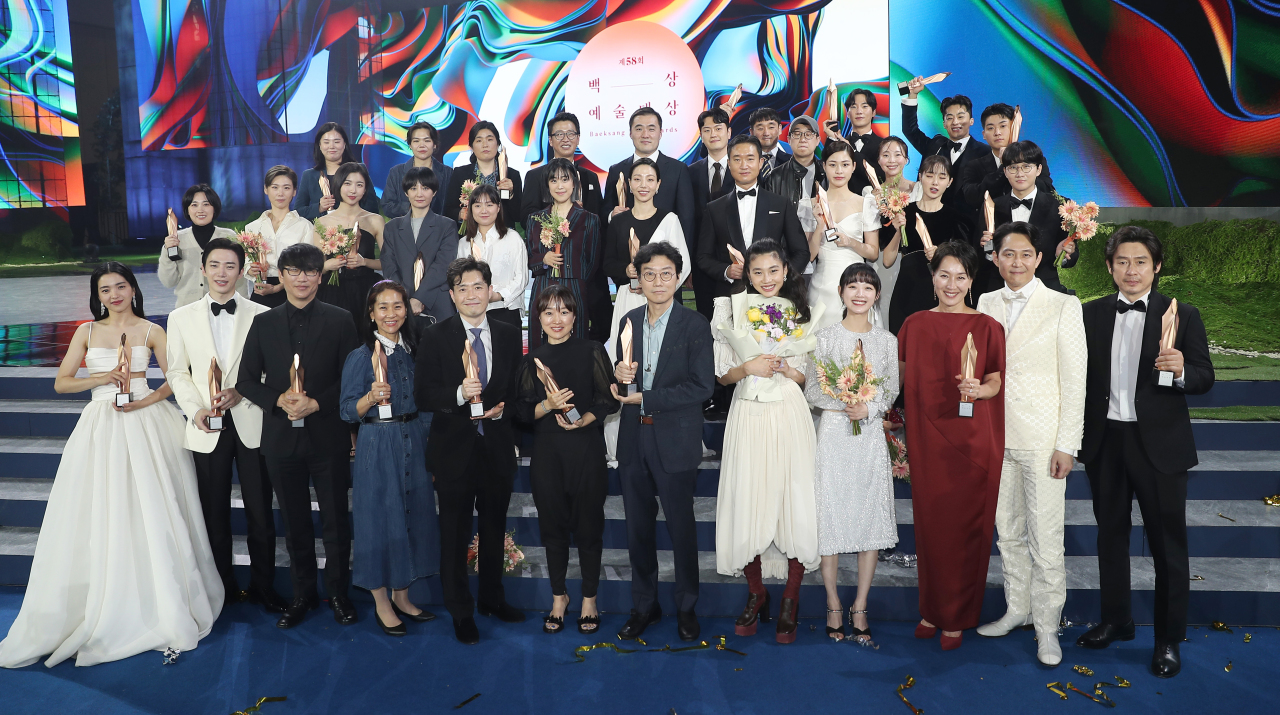 The Netflix’s South Korean original series and Ryoo were honored respectively in the TV and film categories during the 58th awards ceremony at the Korea International Exhibition Center in Goyang, just northwest of Seoul, on Friday night.

The advances made by the streaming service‘s original series in the TV section was the most conspicuous feature of this year’s event.

Directed and written by Hwang Dong-hyuk, “Squid Game” is about contestants competing in deadly Korean children’s playground games to win 45.6 billion won (US$38.2 million) in prize money. The nine-part series became the most successful TV show in Netflix history with more than 1.65 billion hours of viewing in the first four weeks after its release on Sept. 17.

“Mogadishu” is about diplomats at the South and North Korean missions in Somalia cooperating to escape the country during the 1991 civil war.

“We didn‘t have the confidence that it could go out to the world,” Kim Ji-yeon, CEO of the Netflix show’s production company Siren Pictures, said in her acceptance speech. “I hope all those in the content industry will get hope and courage.”

Speaking on stage after winning best director, Hwang expressed thanks to Netflix and Kim.

“Thank you Netflix for investing in the hard-to-make project without hesitation and CEO Kim for encouraging me by saying it is for global viewers, not just the domestic audience, after reading the screenplay.”

He added he has begun writing Season 2 and will be back with a good show in a few years.

“It‘s embarrassing to receive the grand prize in my name and not in a movie’s,” Ryoo said after picking up the trophy for the top prize. “I‘m grateful to the staffers who worked with me and the actors who relied on me and were with me without swaying in such a tough filming environment.”

Launched in 1965, the Baeksang Arts Awards is one of the most prestigious entertainment award shows in South Korea and encompasses the fields of TV, film and theater.

The annual ceremony returned to an in-person format this year after holding the event without an audience for the past two years due to the COVID-19 pandemic.