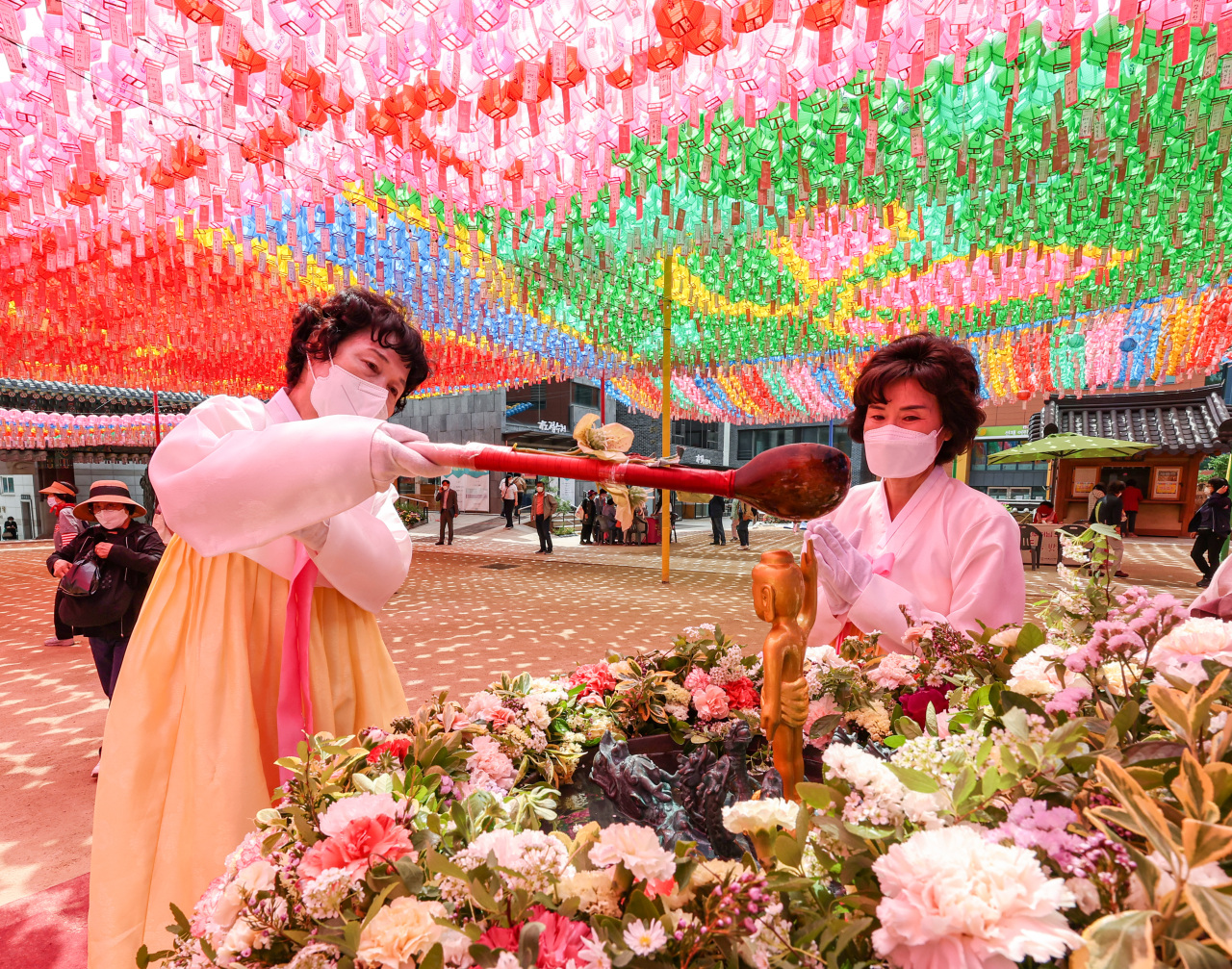 On the morning of Friday, two days before the anniversary of Buddha’s birth, Buddhists perfume the image of Buddha as part of a ceremony to commemorate the baby Buddha’s arrival at Jogyesa Temple in Jongno-gu, Seoul. 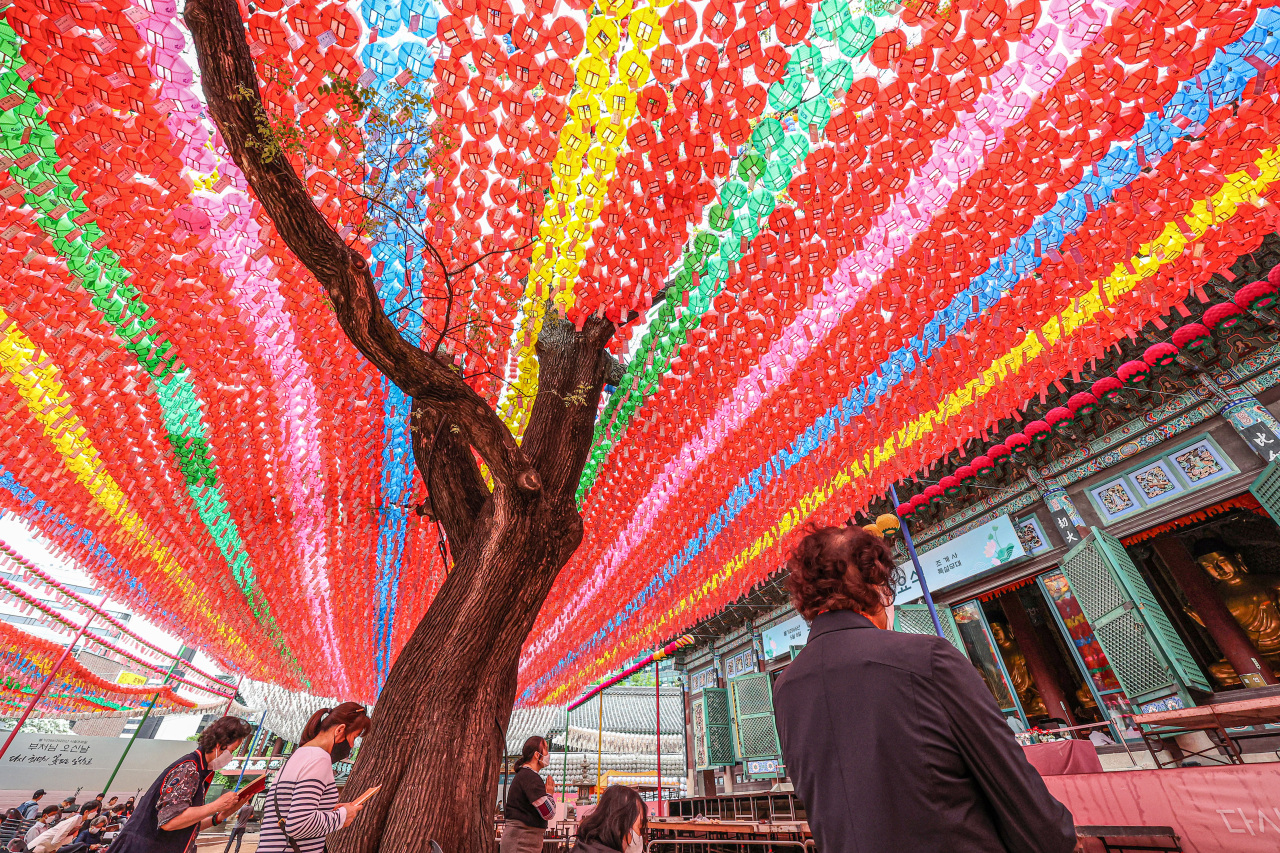 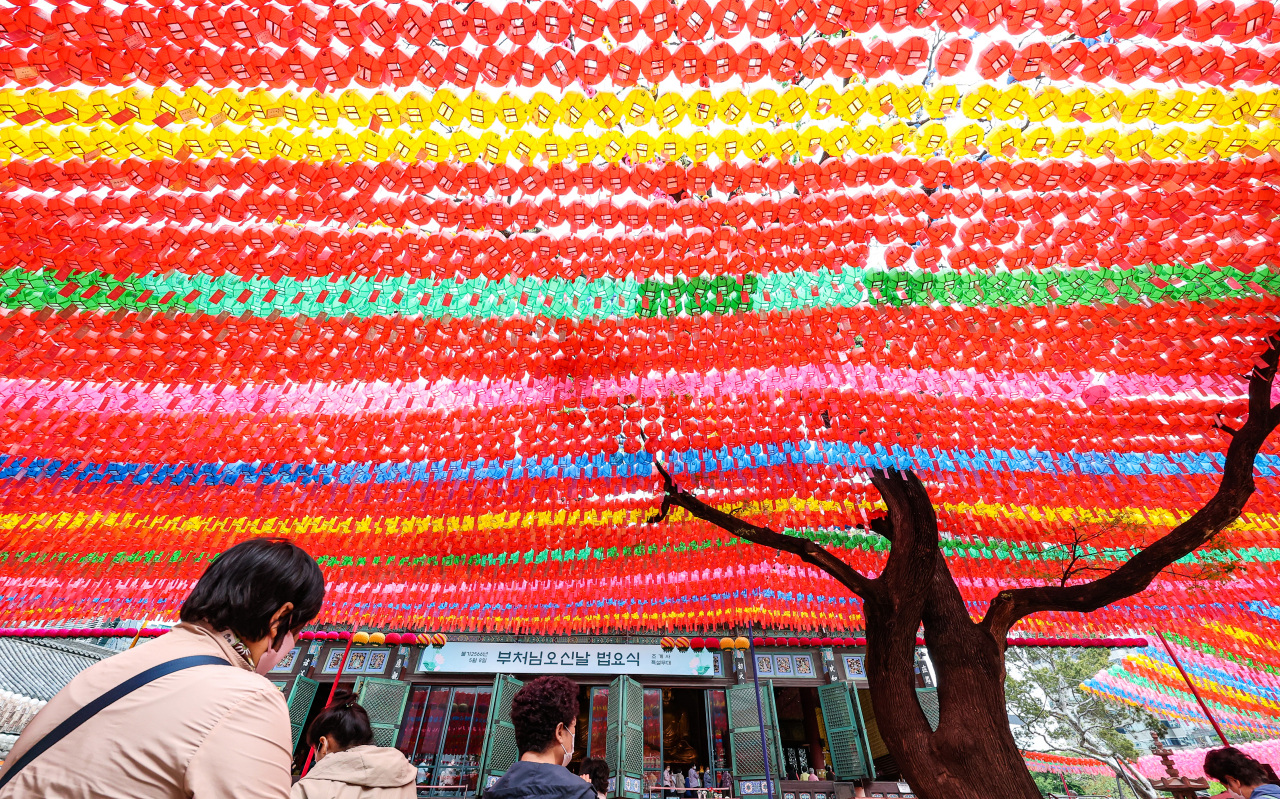 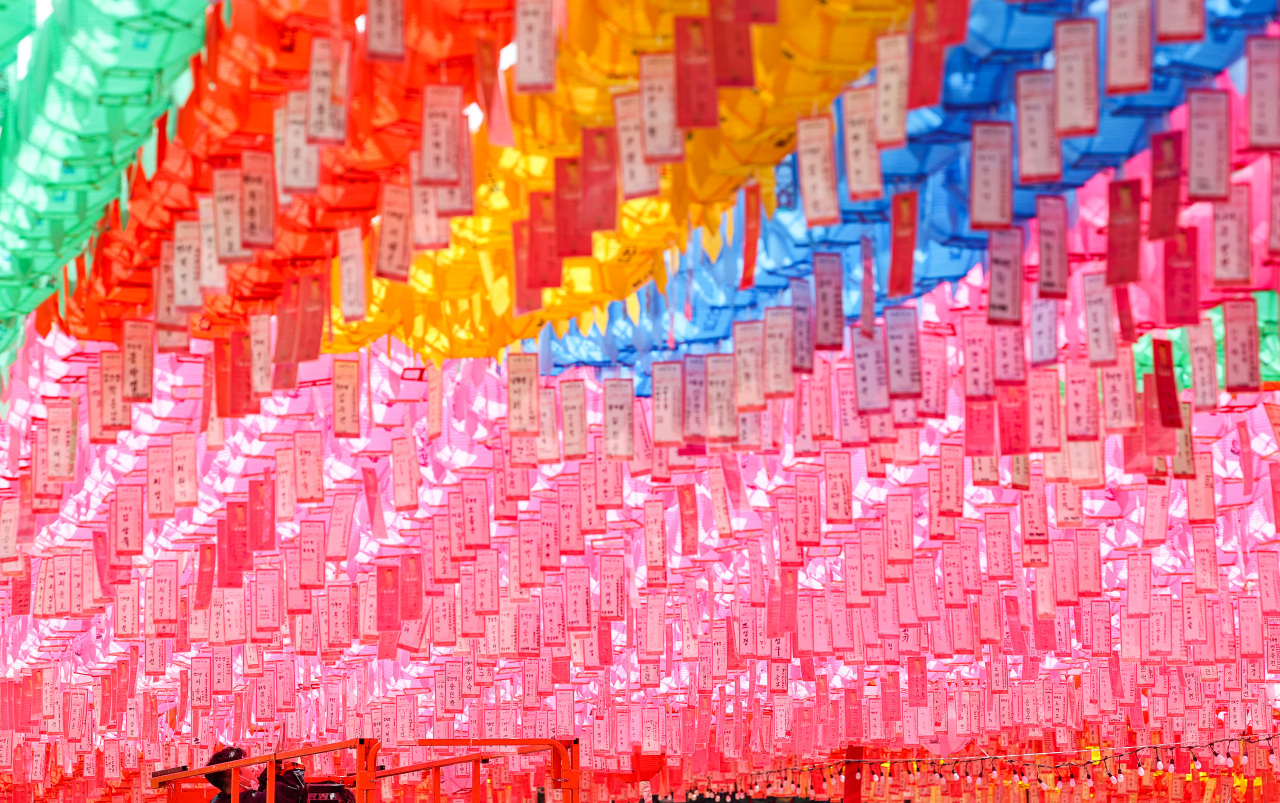 Officials of Jogyesa Temple put name tags under colorful lanterns as Buddhists and their families watch. 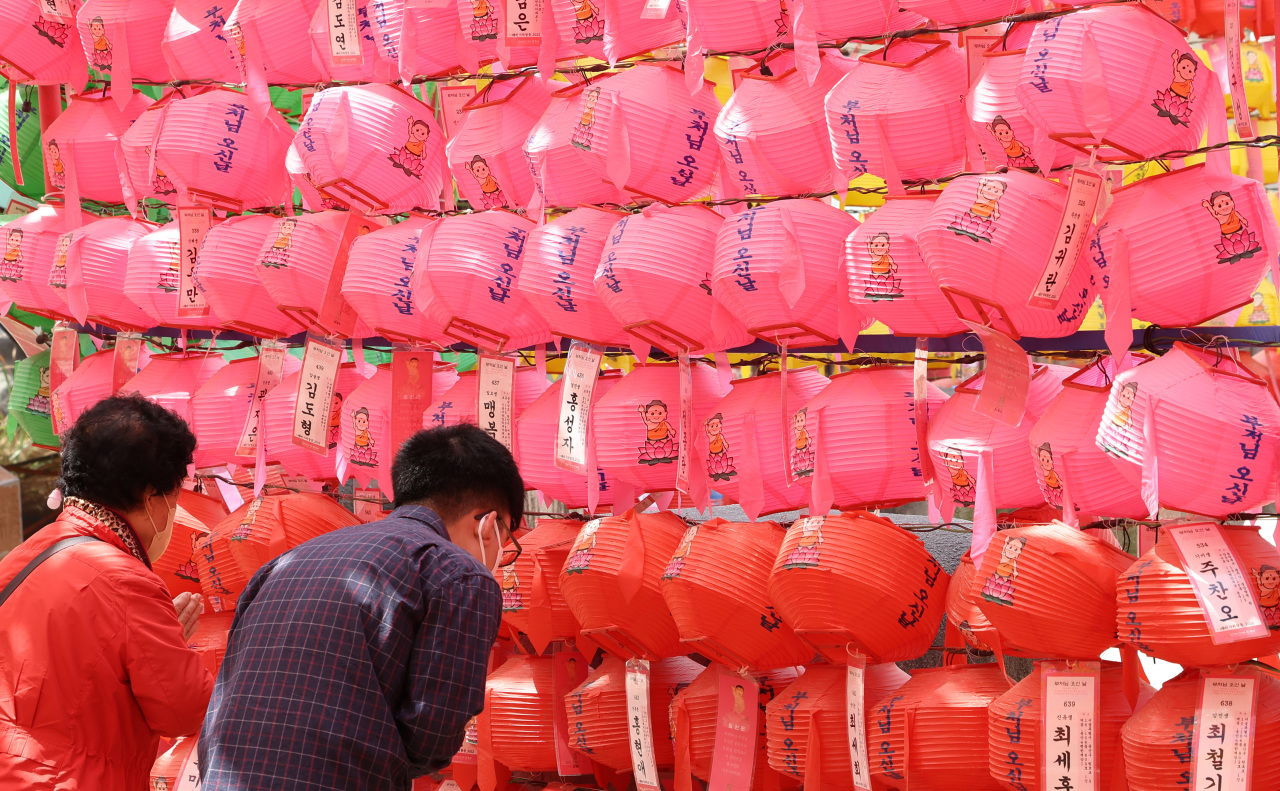 Buddhists pray as they walk around the tower. 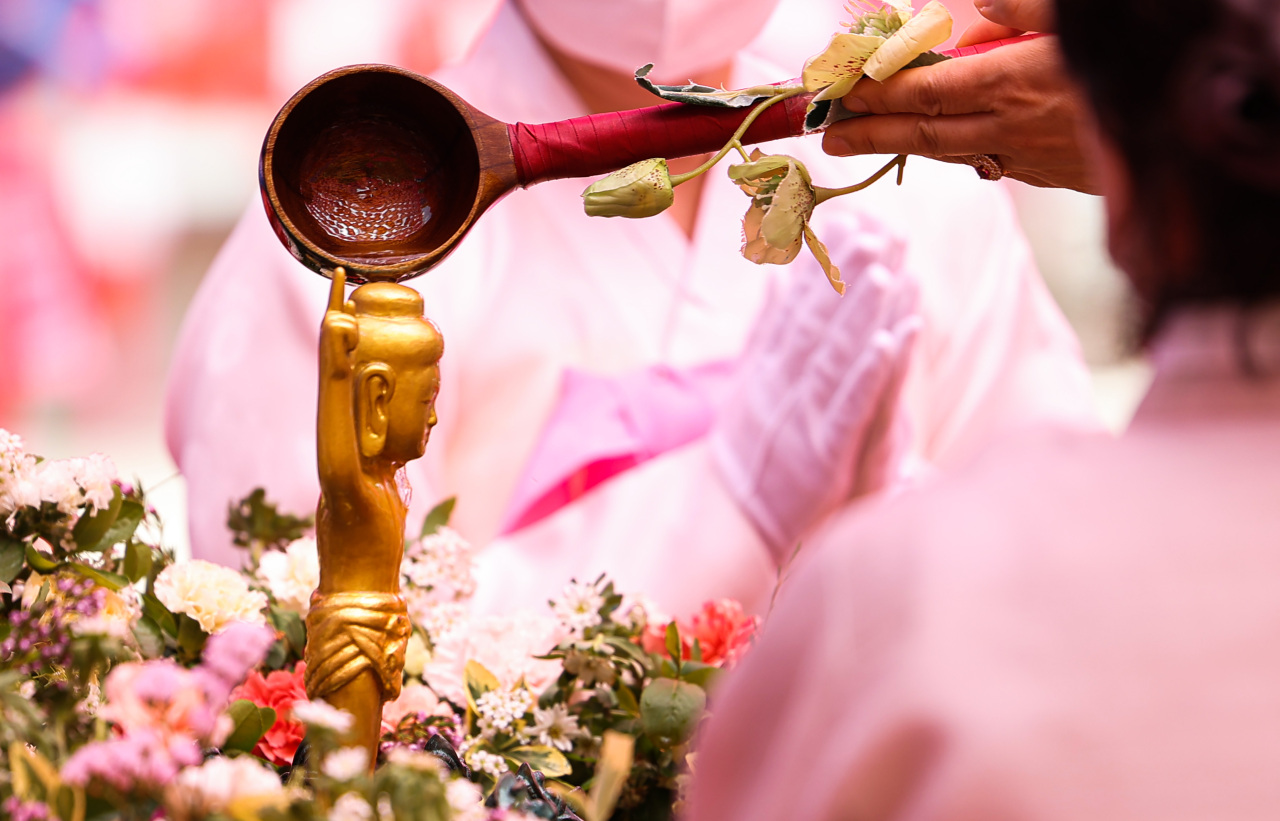 Buddhists perform rituals on a Buddha figure as they prepare for the anniversary of Buddha’s birth.