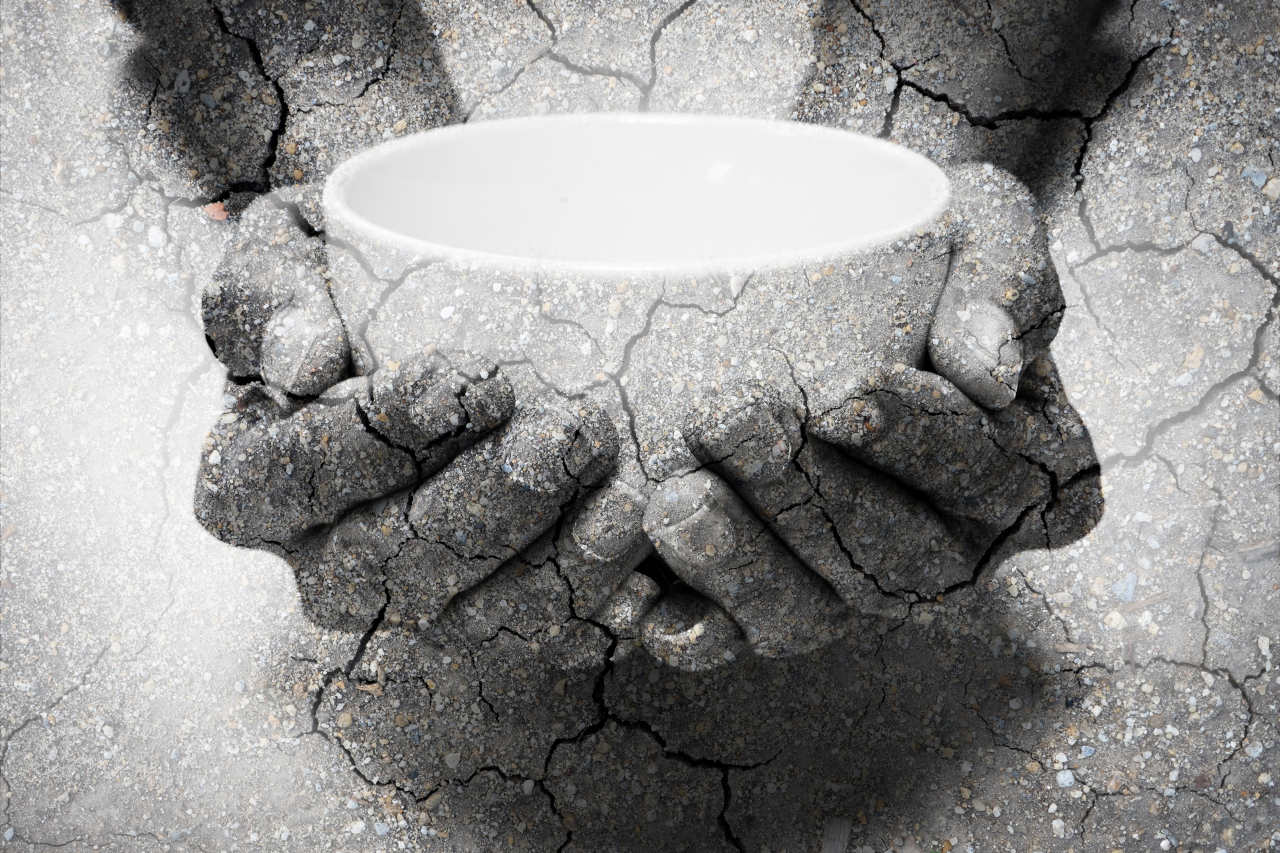 (123rf)
ROME (AP) -- The United Nations said Wednesday that the number of people without enough to eat on a daily basis reached all-time high last year and is poised to hit "appalling" new levels as the Ukraine war affects global food production.

Almost 193 million people in 53 countries suffered acute food insecurity in 2021 due to what the UN said was a "toxic triple combination" of conflict, weather extremes and the economic effects of the coronavirus pandemic.

The UN said the total number of people without adequate food every day increased by 40 million last year, confirming a "worrisome trend" of annual increases over several years.

The figures appeared in the Global Report on Food Crisis, which is produced jointly by the UN Food and Agriculture Organization, the World Food Program and the European Union.

Countries experiencing protracted conflicts, including Afghanistan, Congo, Ethiopia, Nigeria, South Sudan, Syria and Yemen, had the most food-insecure populations, according to the report.

The report forecasts that Somalia will face one of the world's worst food crises in 2022 due to prolonged drought, increasing food prices and persistent violence. The various factors could lead 6 million Somalis into acute food crisis, the UN said.

"Today, if more is not done to support rural communities, the scale of the devastation in terms of hunger and lost livelihoods will be appalling," the UN said. "Urgent humanitarian action is needed on a massive scale to prevent that from happening."

The war in Ukraine poses further risks for Somalia and many other African countries that reply on Ukraine and Russia for wheat, fertilizer and other food supplies.

WFP's Chief Economist Arif Husain said the UN food agency projects that an additional 47 million people will become food insecure "in crisis or worse situation" because of the war in Ukraine as a result of higher food and fuel prices and inflation.

Even before the war, people were dealing with the consequences of the COVID-19 pandemic and reduced incomes, and food prices were at a 10-year high and fuel prices were at a seven-year high, he told reporters at UN headquarters in New York at a virtual press conference launching the report.

"This crisis is potentially more fuel on a fire which was already lit and burning up," Husain said.

The United Nations previously said the war was helping to send prices for commodities such as grains and vegetable oils to record highs, threatening millions with hunger and malnourishment.

"When we look at the consequences of what's happening as a result of the war in Ukraine, there is real cause for concern of how this will amplify the acute food needs that exist in these food crisis countries," said Rein Paulsen, director of the Food and Agriculture Organization's office of emergencies and resilience.

He told the virtual UN briefing that the percentage of the population analyzed in the report who are in acute food insecurity has gone up from just over 11% in 2016 to just over 22% in 2021.

The report called for greater investment in agriculture and appealed for $1.5 billion to help farmers in at-risk regions with the upcoming planting season to help stabilize and increase local food production.

WFP's Husain said his message to rich nations in the G7 and G20 is that food insecurity and hunger around the world are "exploding" and "if we don't address these issues we end up paying frankly thousand times more just a few years down the road." He said the world has seen this happen with the Syrian war and outpouring to Europe, with Afghanistan, and with Central Americans and Haitians trying to enter the US

FAO's Paulsen said his message to donor nations is: "We need to put the same energy collectively that we put into addressing the COVID-19 pandemic into addressing acute hunger. ... It's about political will and focus." (AP)