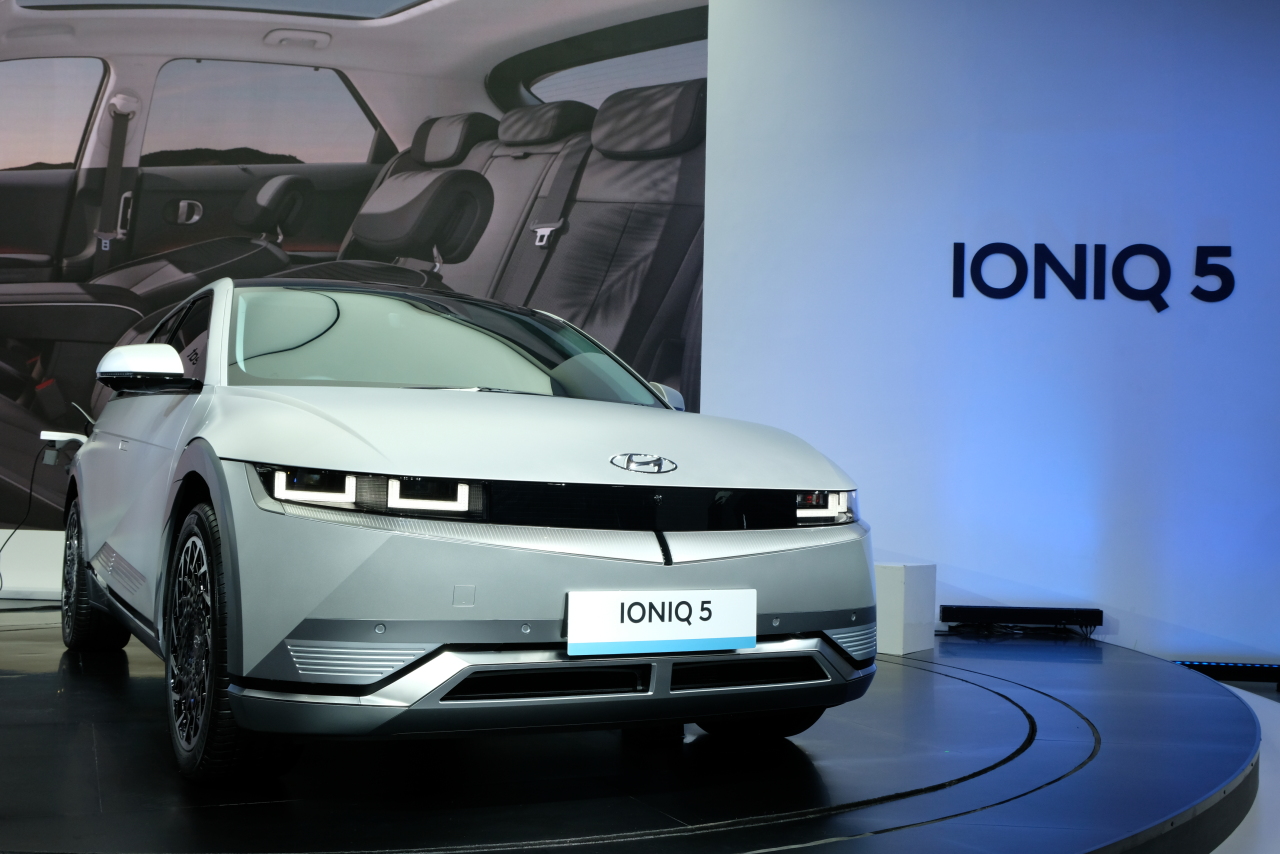 Ioniq 5 (Hyundai Motor)
Hyundai Motor’s first all-electric vehicle Ioniq 5 is set to hit some 90,000 unit sales globally since its launch a year ago.

According to the carmaker on Thursday, the electric midsize crossover utility vehicle sold 88,871 units – 33,212 units at home and 55,658 units abroad – as of March this year.

The Ioniq 5 made its debut in April last year, becoming the first car to be running on Hyundai’s own EV platform, called the Electric-Global Modular Platform, or E-GMP.

Symbolizing Hyundai’s transition into electrification, its style was inspired by the carmaker’s first production car Pony rolled out back in 1974.

The car is also the first in the world to be equipped with the ultra-fast 800V charging capability for a 10-80 percent charge in just 18 minutes. On a single charge, the car can drive up to 429 kilometers, one of the longest in the market.