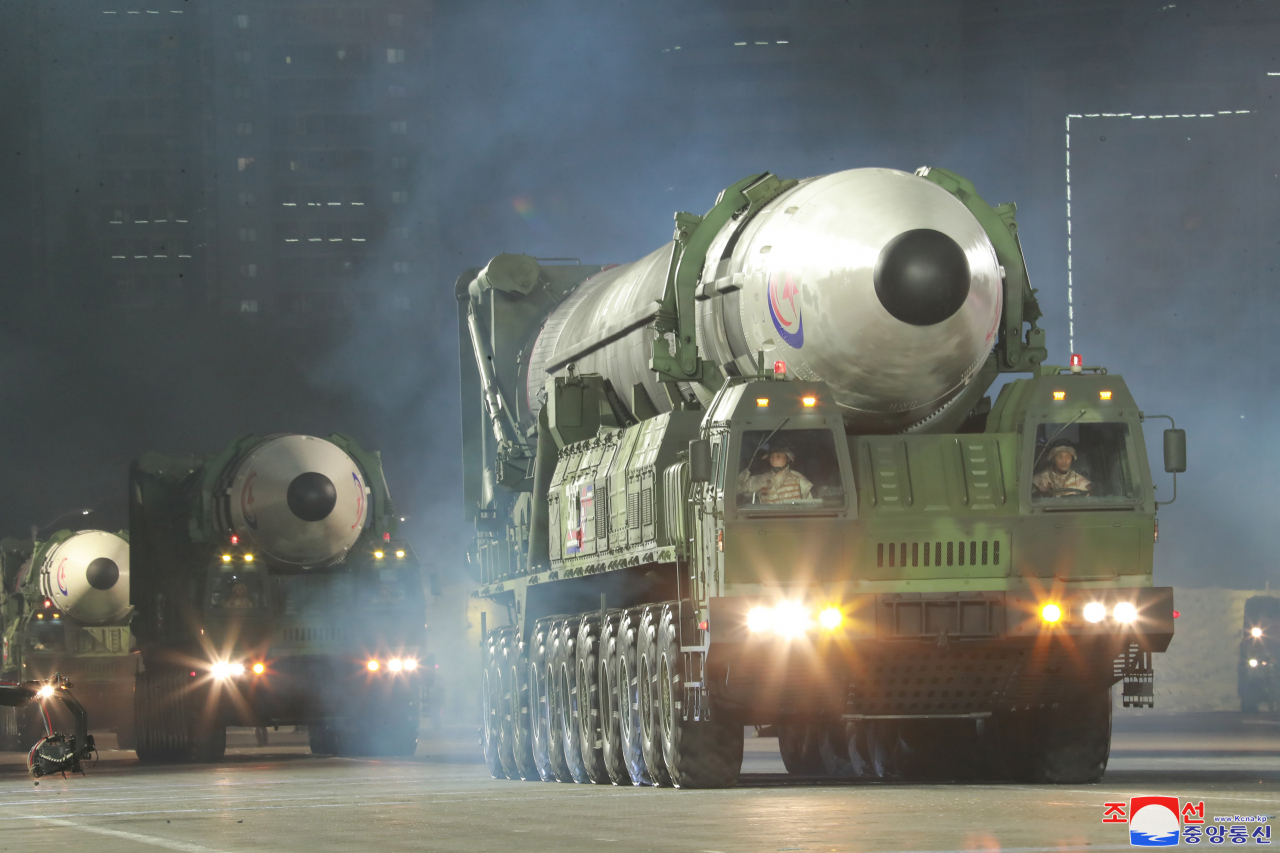 A new Hwasong-17 missile is displayed during a military parade at Kim Il-sung Square in Pyongyang last Monday, as North Korea marked the 90th anniversary of the founding of its army with North Korean leader Kim Jong-un in attendance, in this photo released the next day by the North's official Korean Central News Agency. (KCNA)

Ned Price made the remarks after North Korea fired a ballistic missile into the East Sea on Wednesday (Seoul time).

"This launch is a clear violation of multiple United Nations Security Council resolutions," the spokesperson said in a daily press briefing.

The latest missile launch marked the 14th known missile test by the impoverished country this year, with Pyongyang also firing its first intercontinental ballistic missile in more than four years in March.

"Our commitment to the defense of our treaty allies -- the Republic of Korea and Japan -- that commitment is ironclad," said Price, referring to South Korea by its official name.

"We stand with the international community to call on the DPRK to refrain from further provocations and engage in sustained and substantive dialogue," the department spokesperson added, asking not to be identified.

US Indo-Pacific Command earlier said the latest missile launch by the North did not pose an immediate threat to the US or its allies.

"While we have assessed that this event does not pose an immediate threat to US personnel, territory, or that of our allies, we will continue to monitor the situation. The US commitment to the defense of the ROK and Japan, remains ironclad," the Indo-Pacific command said in a released statement. (Yonhap)