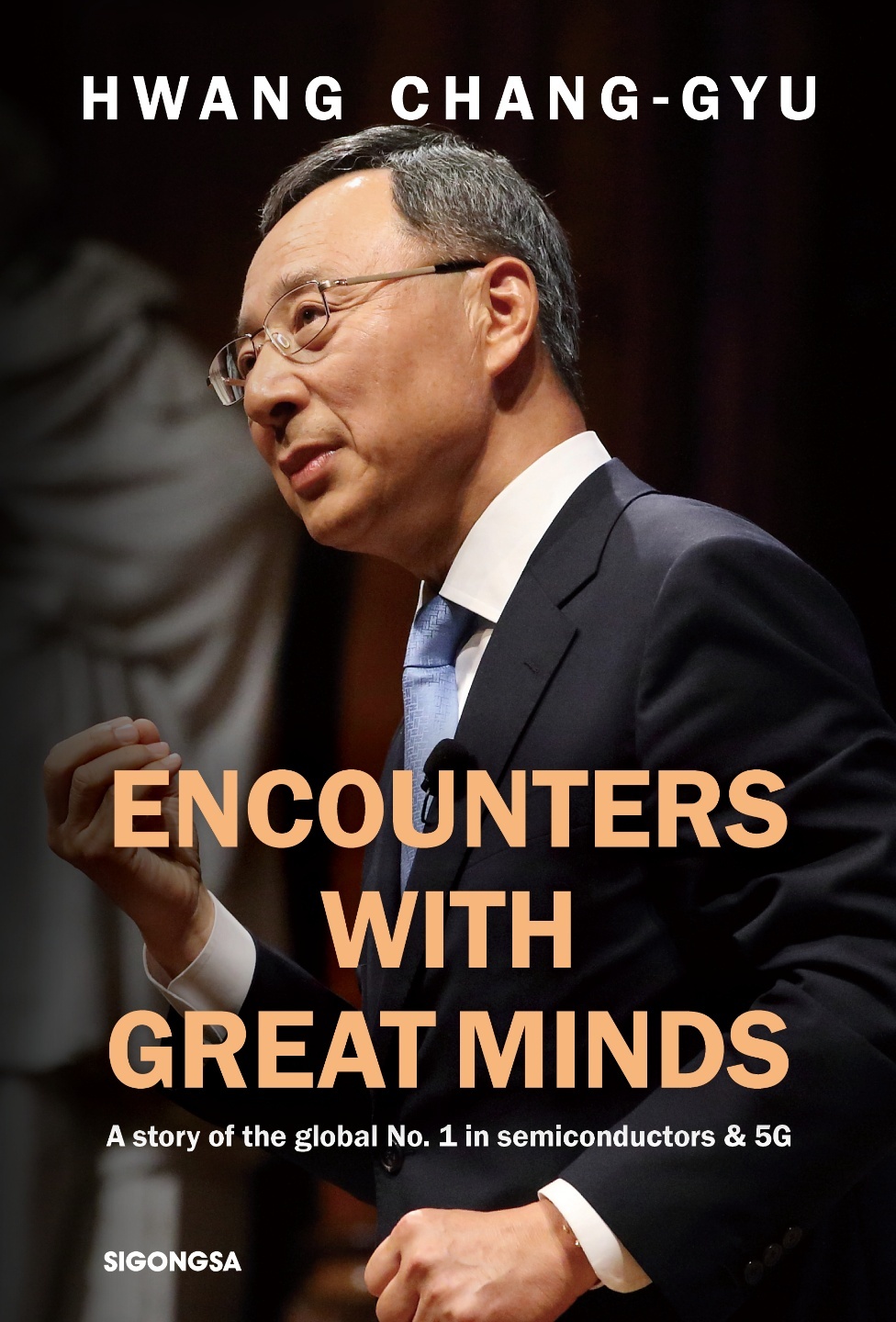 A cover of “Encounters with Great Minds” (Sigongsa)
Apple’s ecosystem of a wide array of devices including the iPhone would have remained an elusive dream had Steve Jobs failed to address the memory glitches in iPods in the early 2000s.

The idea of iPhone, iPad, iTV and MacBook Air scribbled on Jobs’ whiteboard in December 2004 struck Hwang Chang-gyu, the then-president of semiconductor business at Samsung Electronics, as he was on the verge of a handshake with Jobs in California to replace iPod’s hard disk drives with flash memory chips supplied by Samsung.

Hwang was quite confident that adopting a flash drive instead of a hard disk drive would be a technological breakthrough for the sake of convenience -- longer battery life, lighter weight and lower power consumption -- of a mobile device. This was buoyed by Samsung’s tech prowess to double memory chip density every year from 256 megabits in 1999 to 64 gigabits in 2007, as defined in “Hwang’s Law.”

“By that time, (Jobs) couldn’t imagine Apple’s products without Samsung’s flash memory,” wrote the 69-year-old Hwang in his memoir, “Encounters with Great Minds: A story of the global No. 1 in semiconductors & 5G.”

This led to Hwang’s decision, upon deliberation with then-Samsung Group scion Lee Jae-yong, to propose to supply Samsung’s mobile application processors for Apple gadgets in addition to NAND flash memory in the deal, in exchange for a lowered flash memory price.

The deal, according to Hwang, allowed Samsung in the mid-2000s to solidify its leadership position in the NAND flash memory business. This was when NAND flash started to show tech superiority to NOR flash, and at the same time leapfrog its processor development under the tech giant’s System LSI division.

On the other side of the deal, Apple gave birth to the iPod Nano series in 2005 with a more efficient music file storage system than its predecessors, and opened the doors to what was then considered a novel concept to the public: a smartphone.

The device, called the iPhone in 2007, came into being with Samsung’s application processors exclusively supplied to Apple.

Also, the negotiation here laid the cornerstone for Samsung’s supply deal of its flash-based storage, called solid-state drive, launched in 2010. Solid-state drives were mounted on Apple’s MacBook Air and iPad. Hwang attributed the products’ stylish design and lightness to the fact that Samsung’s solid-state drive was “thin and had high capacity with high-speed data reading and writing capability.”

“It became clear that flash memory was the core component in Apple’s ambitious smart kingdom. If (Jobs) had his clear vision, Samsung had the cutting-edge technology that Apple needed,” wrote Hwang. 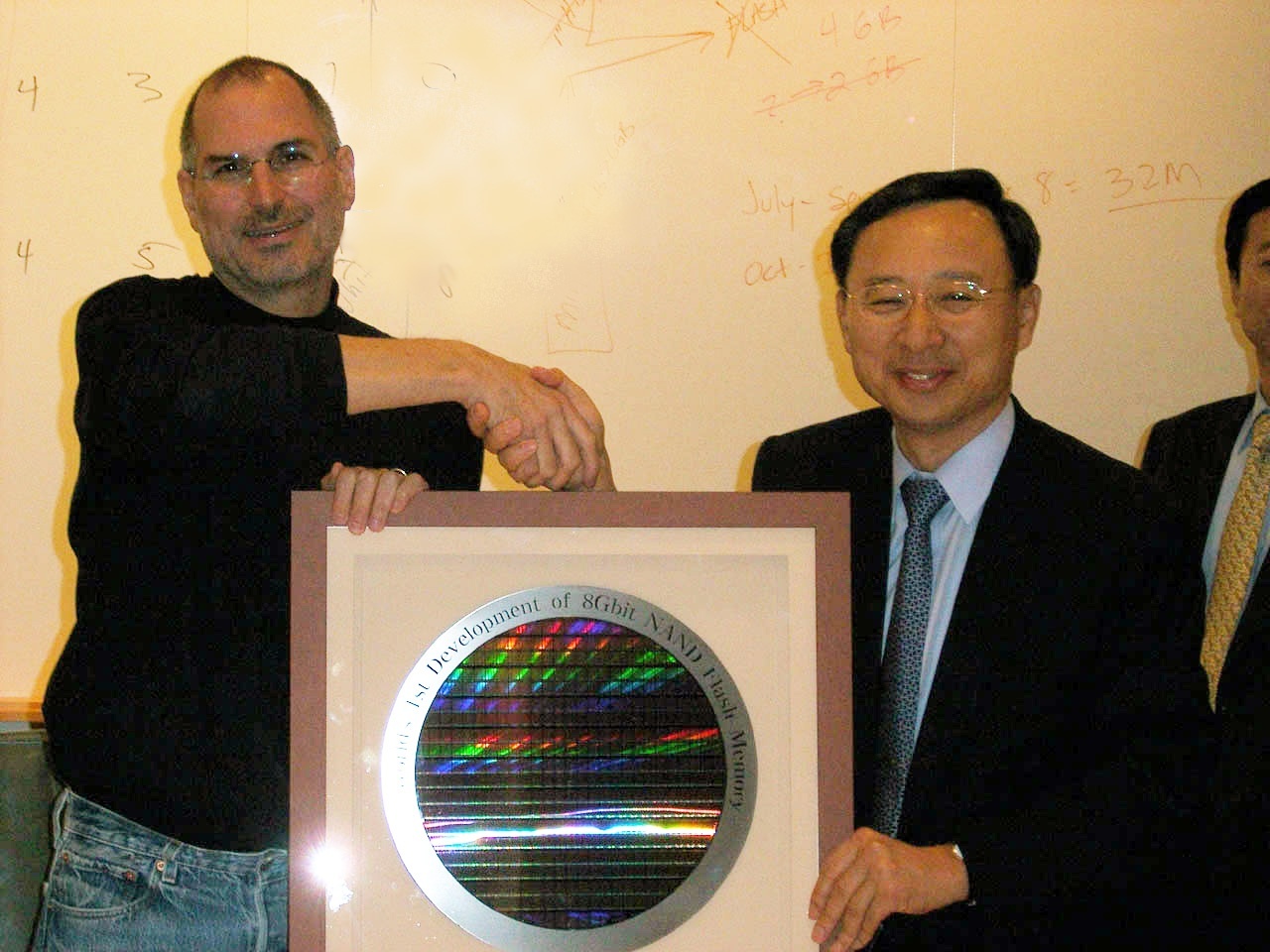 Every business trip to the United States -- either as chief of Samsung Electronics chip division or as head of telco carrier KT -- were “weighed down by the constant need to develop diverse new products and technologies every year,” writes Hwang. “It was a lonely and solitary journey.”

The English version of Hwang’s memoir was published in March, a year after the book was released in Korean.

The book, both in Korean and English, is available at local bookstores.