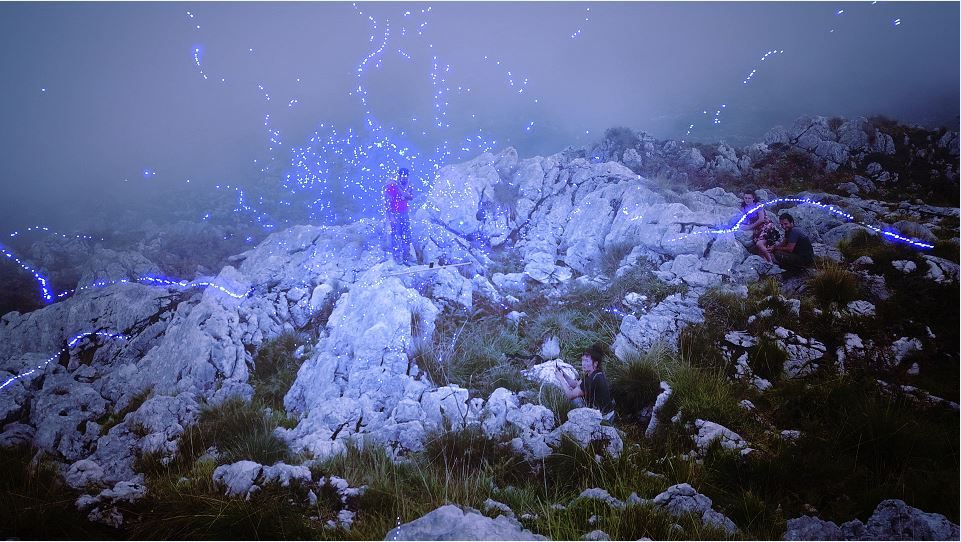 “Animal Spirits” by Hito Steyerl (Courtesy of the artist, Andrew Kreps Gallery, New York and Esther Schipper, Berlin)
One of the most influential artists today, German artist Hito Steyerl transcends boundaries – as a visual artist, filmmaker, writer and philosopher. The artist questions where humans fit in an increasingly threatening world, where ever-evolving digital technology and capitalism has expanded to cryptocurrency.

She is also a writer who has published academic journals and books such as “Duty Free Art -- Art in the Age of Planetary Civil Wars” and “The Wretched of the Screen,” which were recently published in Korean.

The exhibition “Hito Steyerl -- A Sea of Data” is her first exhibition in Asia. It encompasses her early film works from the 1990s and her latest work “Animal Spirits,” which was commissioned by the National Museum of Modern and Contemporary Art, Korea. The exhibition kicked off Friday and runs through Sept. 18 at MMCA Seoul, after a pandemic-caused delay. The exhibition was originally scheduled for 2020.

Her newly commissioned work, “Animal Spirits,” was inspired by the term coined by British economist John Maynard Keynes (1883-1946) that describes how people arrive at financial decisions in times of economic stress or uncertainty.

A dark, cave-like room is where “Animal Spirits” is set up, with a four-channel video installation. The main single video channel shows a fictional documentary in which producers of a reality TV show infiltrate a small mountain village in Spain to stage a program there. Local shepherds fight against the producers when they decide to create an animal battlefield in the metaverse. This develops into an NFT-based “survival of the fittest” challenge.

“Steyerl criticizes the irrational capitalist market. The survival of the fittest in NFTs and the frenzy over bitcoin is juxtaposed against the shepherds who emphasize the importance of nature and value in coexistence,” curator Bae Myung-ji told The Korea Herald. “She started her career as a documentary filmmaker, so many of her works are based on video narratives.”

“Don’t try to see everything at once. It will be a little too much. Take it easy,” Steyerl said jokingly at the press preview on Thursday. 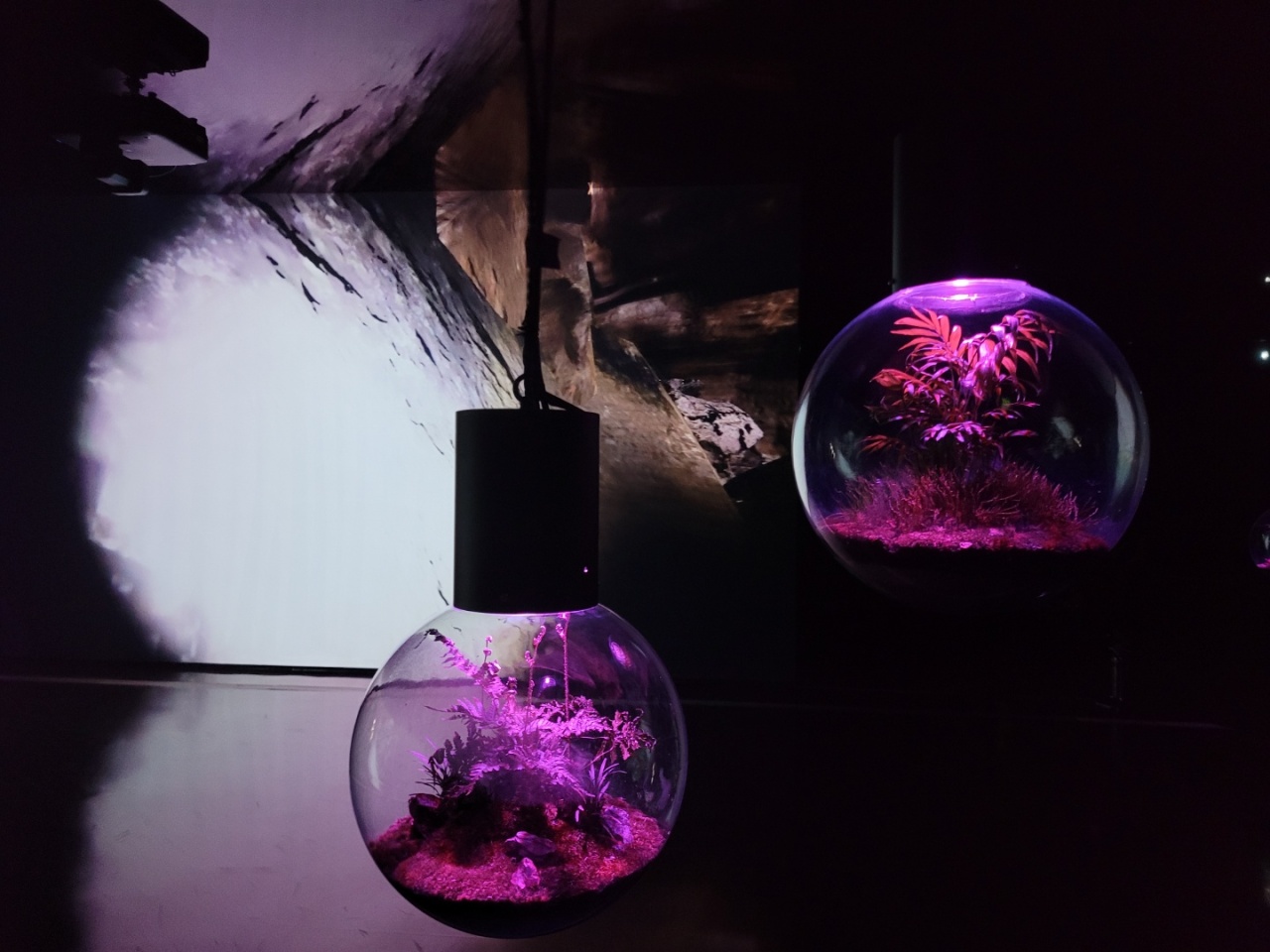 The three other channels of the four-channel video installation feel like a mysterious cave, with Paleolithic wall paintings with which audiences can interact. A live interactive simulation records the state of the overall installation, monitoring air and plant health through sensors. The artist has installed 11 light bulbs with plants inside, some of which also have sensors that monitor the plant’s status and emit different light intensities based on their condition.

Steyerl is cynical about the world’s excitement at NFT art, which, in fact, is not different from the conventional art market in terms of its market mechanism.

“Very few artists have a chance to participate to earn profit from it. All the traditional blue-chip galleries and auction houses are involved. I don’t really see the difference to the traditional model yet. All the talk of innovations is sounding a bit... you know, tired in this respect,” the artist told the press.

The video work will be shown at documenta, a contemporary art exhibition in Kassel, Germany, which will run from June 18 to Sept.25. 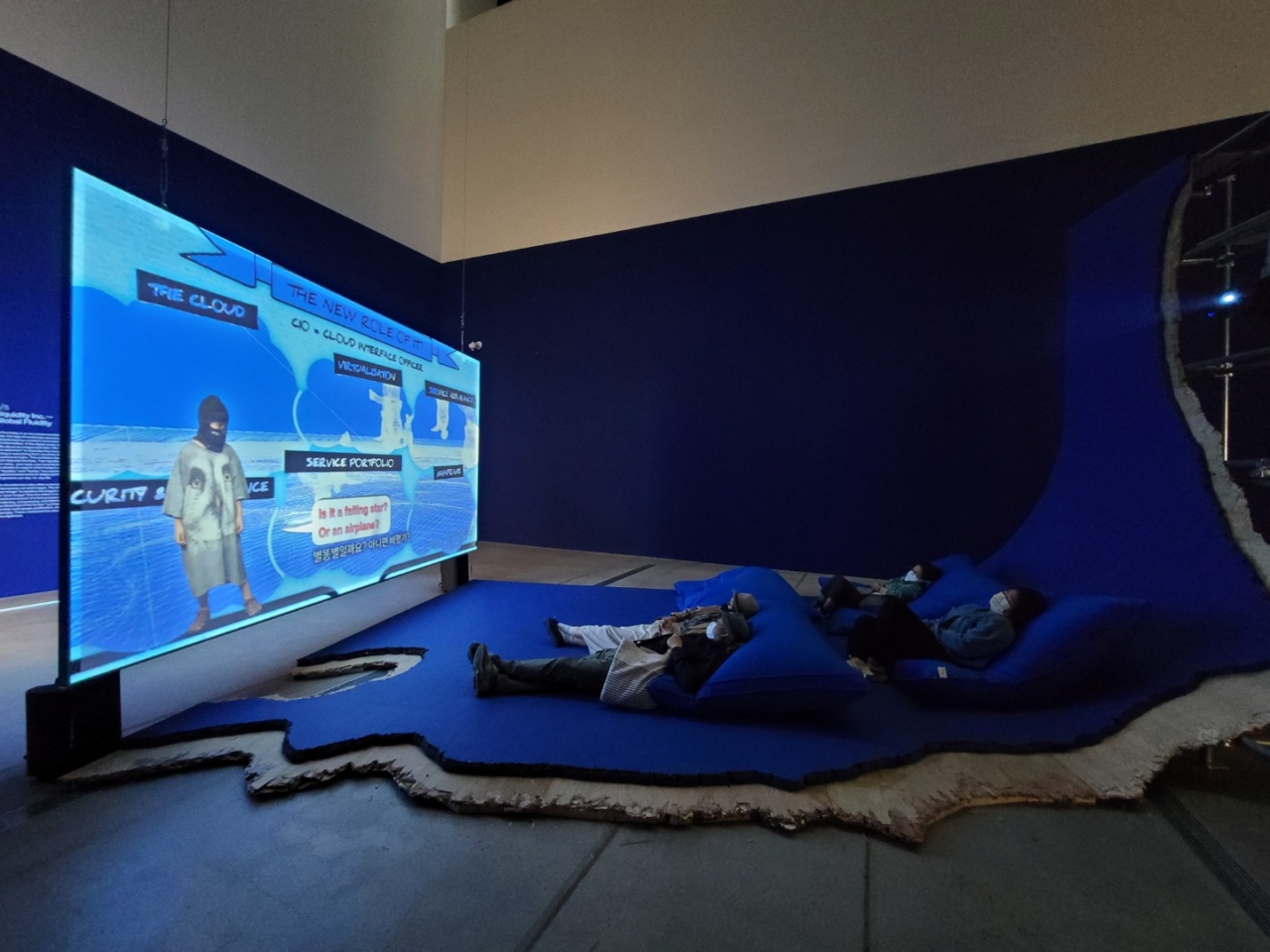 Visitors watch Hito Steyerl’s “Liquidity Inc.“ Tuesday at the exhibition “Hito Steyerl - A Sea of Data” at MMCA in Seoul. (Park Yuna/The Korea Herald)
The exhibition shows a total of 23 of Steyerl’s most representative works, including “Duty Free Art,” a video work that raises questions about new physical territory and data-based foundation. It also raises questions about contemporary art museums’ responsibilities, at a time when time and space have been collapsing and national borders and ethnic distinctions have been disintegrating.