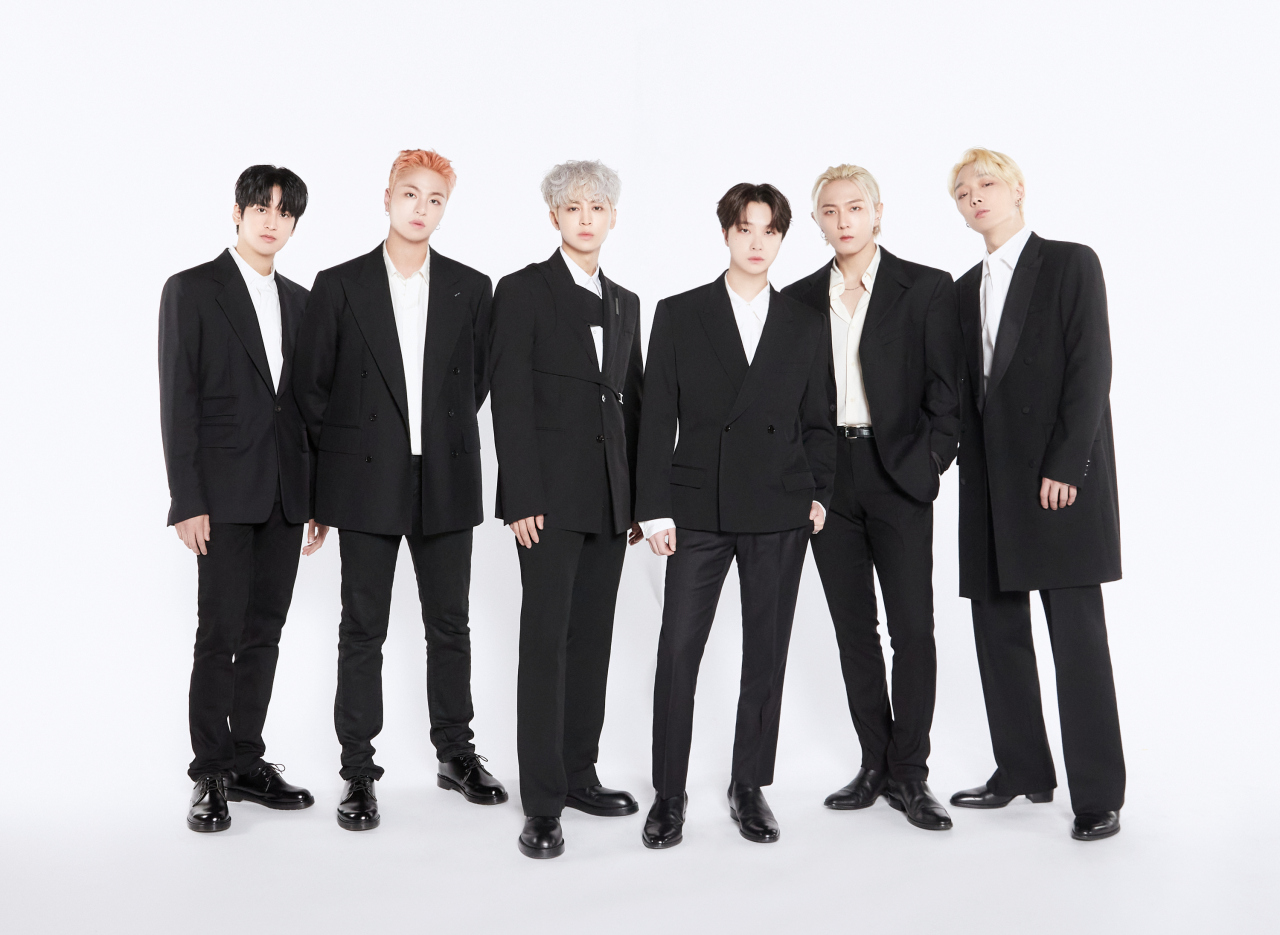 The six-piece act from K-pop powerhouse YG Entertainment is comprised of members Song, Jay, Ju-ne, Chan, Bobby and DK. The band conducted a press showcase on Tuesday morning ahead of the album’s release at 6 p.m. that day.

“I think it’s our first time holding a press conference since 2018, and we feel sort of awkward and nervous at the same time,” the band’s leader Jay said.

This is iKON‘s return to the music scene in 14 months since their third digital single “Why Why Why” in March 2021. This is also their first new Korean album in over two years since “i DECIDE” in February 2020.

Returning after a long hiatus, the boys strove to push the envelope musically. The six-track album brings a completely new sound, filled with the members’ unique colors.

The album’s lead single “But You” is a retro dance-pop tune overflowing with emotional synth sounds – a complete departure from the band’s previous hip-hop-heavy discography.

“It’s a genre we’re trying for the first time -- synth-wave infused with a retro vibe. The music video and choreography were all prepared to match the sound. You can see it as iKON’s fresh new challenge,” DK said.

Ju-ne, who said he likes the retro vibes the most among the members said, “Whatever it is, I just like the old ambiance. Michael Jackson pops into my mind when I think of the ’80s, and the mood during that period is melded into the music video.”

Donghyuk added to Ju-ne’s comments, saying, “I tried to blend the retro vibes into our music. I asked my parents for help because it’s their generation, and they said ‘pop’ was popular back then. I tried to pull out the ‘pop’ vibe by focusing on the music video, recording and our music.”

Bobby, who contributed to penning the lyrics of the title track, said, “We don’t aim for some fancy goal with ‘But You.’ We just aim for something new, as we’ve always done. Rather than taking an easy, safe route, we wanted to show the different colors of iKON.”

The six members contributed largely to the overall album, with Bobby taking part in writing the lyrics to all six songs, DK in the composition of three of the subtitle tracks and Jay teaming up with DK and Bobby in songwriting for the track “Dragon.”

DK offered gratitude for the members’ support throughout his works, saying, “Attempting to produce for the new album, I studied hard the members’ voices, their tones and their musical genre styles. I tried to make music to best suit each member. I was able to do it not because of my confidence, but because I wanted to show such music to our fans.” 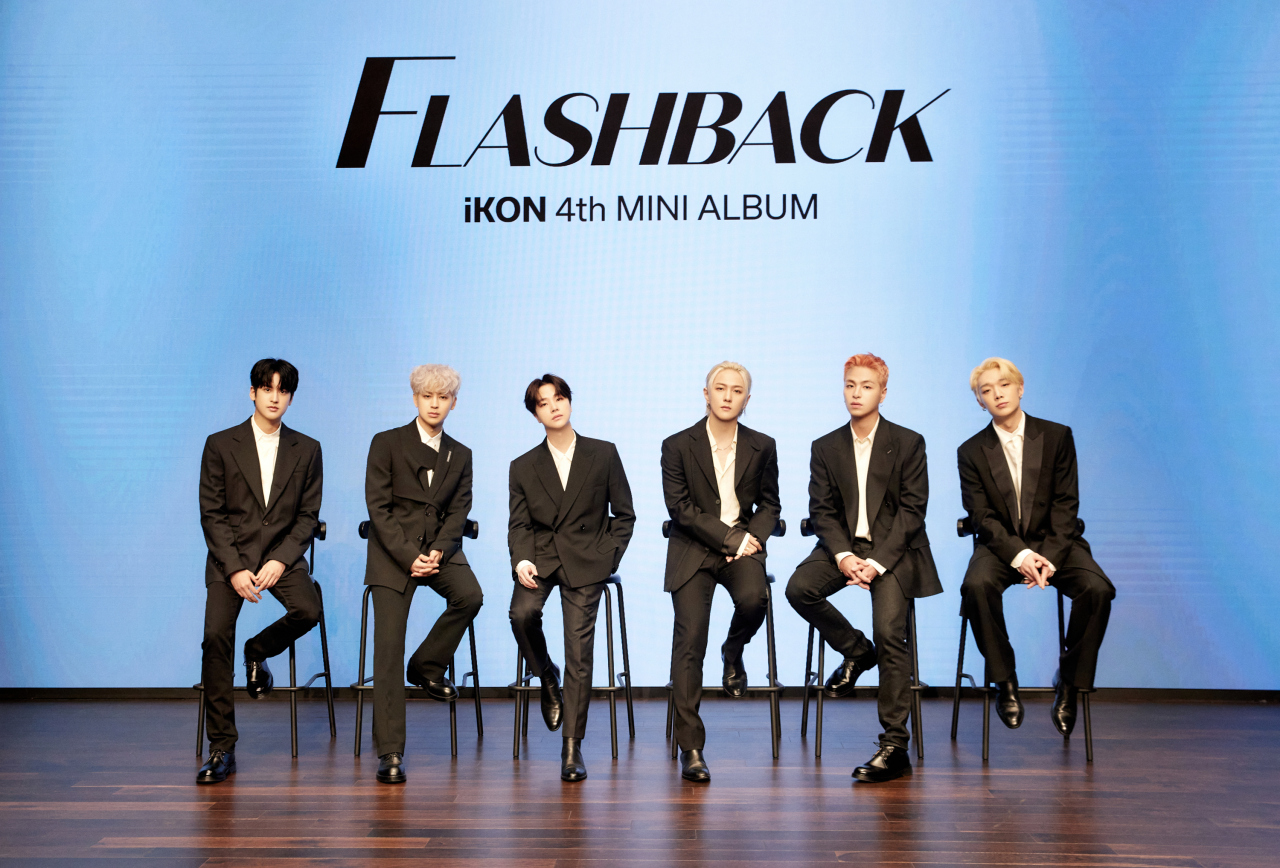 K-pop band iKON holds its fourth EP "Flashback" press conference at YG Entertainment headquarters in Seoul on May 3. (YG Entertainment)
Bobby penned the lyrics and contributed to the composition of “Dragon,” which compares the playful, free-spirited six members on stage to a dragon.

The album also includes Bobby’s collaborative single “At Ease” with Mino from the band Winner, which is also signed to YG Entertainment. The song had been performed in the K-pop survival TV show, “Kingdom: Legendary War” in 2021.

“Mino was the most supportive for us as we competed, monitoring the show and giving us advice on what he thought was the best for us. And ‘At Ease’ came out then,” Bobby said.

Winner bandmate Yoon also teamed up with Bobby in writing the sidetrack “Gold,” which DK said Yoon had gifted to them.

“We talked often with Yoon about our individual projects as we made this album, and he brought to us a song of his which he thought suited iKON. He gifted it to us, saying he wanted us to sing it. We loved it the instant we heard it,” DK said.

The members explained that the title “Flashback” was the word they thought encompassed iKON’s past, present and future. They wanted to embody this word in the new album, and also the various musical styles portrayed through the six songs.

“Through the genres of the tracks and the order in which they are positioned, we wanted to show the iKON that reminisces on the past, lives in the present and sets forward towards the future. And the single word that could deliver this message was ‘flashback,’” Song said.

Song added, “The album carries songs of all different styles and genres, and flashback was also the word that could encompass such a huge spectrum of music.”

The company and the members decided on it together, and seemed to connect the different sides of the members well, DK said.

The new EP also marks the band’s first official activity since Bobby broke the news of his marriage and the birth of his child last year -- not an easy decision coming from a K-pop idol member.

Asked how he feels different from before, Bobby said, “iKON’s Bobby and Kim Ji-won (Bobby’s real name) are strictly differentiated. As Bobby of iKON, nothing has changed, and I’m putting my everything into our music like always.”

Making a smash debut into the K-pop scene in September 2015 as a seven-member act with their first single, “My Tape,” the band has soldiered through its ups and downs to now stand strong as a six-member veteran group capable of producing music with their own colors. 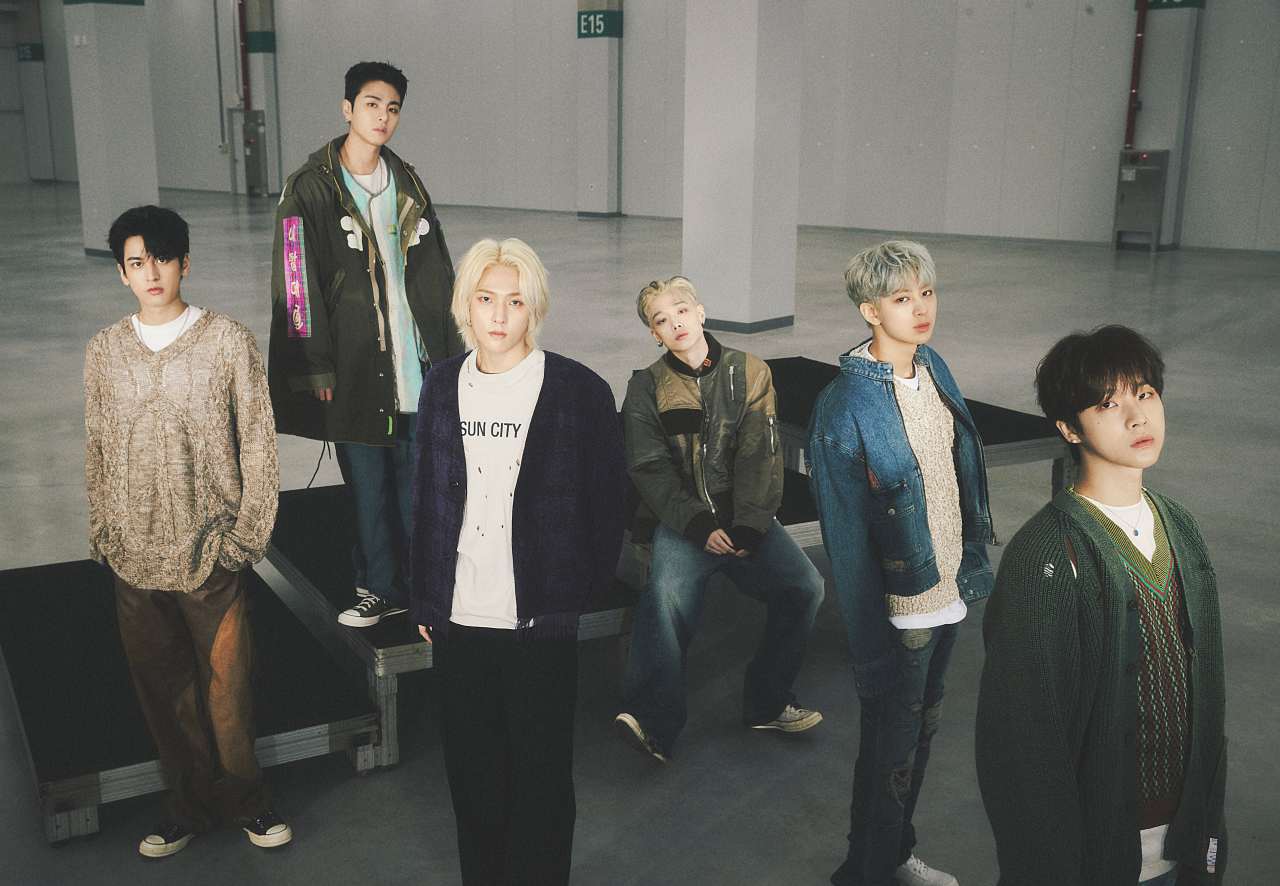 iKON’s fourth EP “Flashback” (YG Entertainment)
The band’s youngest member, 24-year-old Chan, said, “Time has really flown, and we’re now in our eighth-year. We’ve all matured so much, and I felt this as I watched the members all training and shooting music videos with more responsibility. Although I’m the youngest, I’m also not so young. And this time, rather than just following the other members, I tried hard to show a better side of myself.”

When asked to pick the best moment to flash back to from their past, Jay said, “All our past moments make us who we are, and it’s difficult to pick one moment. Even the troubled and difficult times are all memories to us, and the best memories we have are those we share with our fans.”

On what they anticipate about their future, however, Ju-ne said, “I’m a worrywart. Now that I think of it, none of my worries actually occurred. You never know what will happen. About iKON’s future, I’m just grateful for it. Perhaps I’ll be promoting myself with a different side of iKON if I enjoy what I do.”

Jay piped into say, “Just as with this album, we’ll be a group unafraid of challenges and continue to evolve.”

Meanwhile, iKON will be holding their first concert in over two years on June une 25-26 at the Olympic Hall in the Olympic Park in Jamsil, Seoul, which will be followed by the band's Japan concert tour in July.