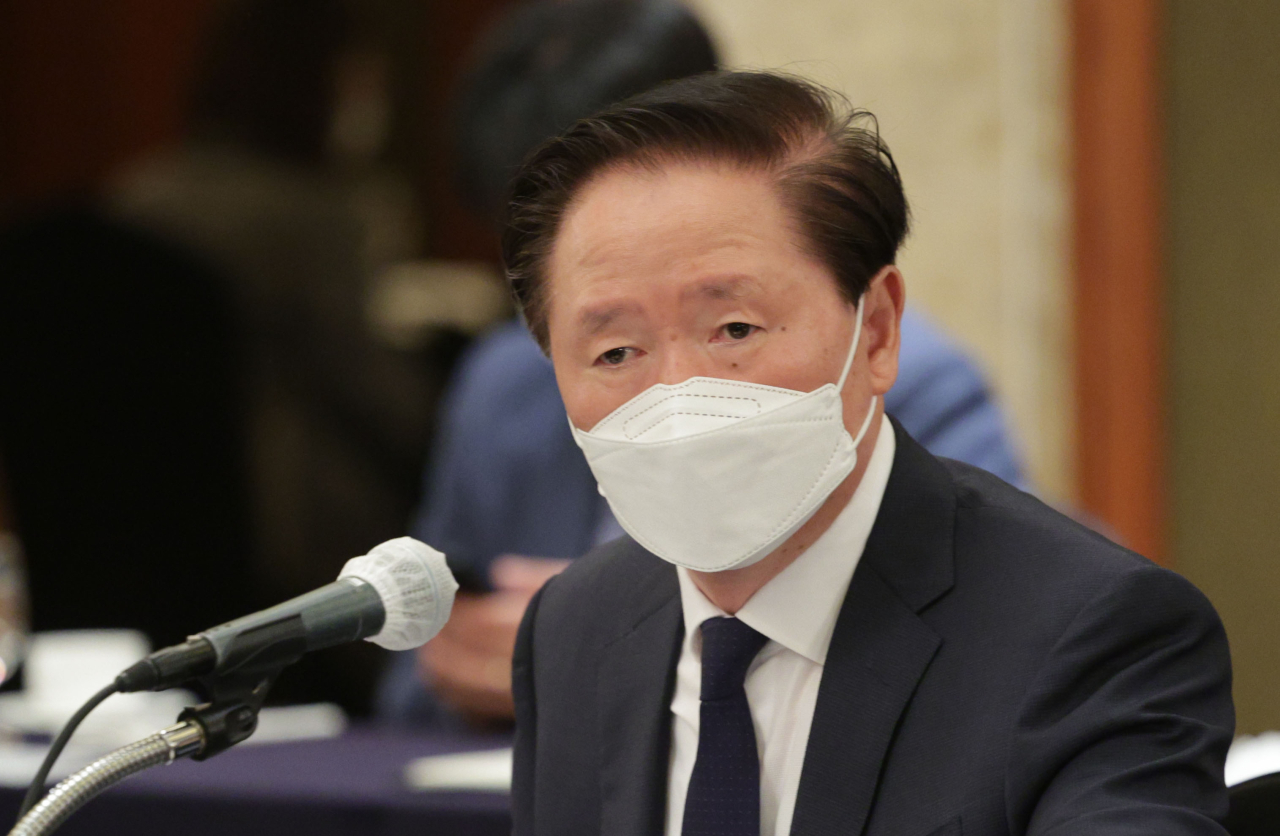 Referring to other countries that have entirely scrapped COVID testing for travelers from April, Woo Ki-hong, the president of Korea Air, said the South Korean government has hampered local air carriers’ efforts in resuming their international operations.

“Other airlines have expanded up to the 90 percent level for international routes compared to the pre-coronavirus period, but South Korean air carriers are only operating some 10 percent of the previous routes,” he said.

Countries like Singapore, Thailand and Vietnam do not need travelers to show proof of a negative PCR test before departure or on arrival from April.

Woo was speaking at a forum held by the Korea Chamber of Commerce and Industry to discuss measures to revitalize tourism and the service industry.

The remarks came amid growing demand for international travel along with further easing of social distancing rules here.

According to Incheon International Airport Corp. data on Tuesday, the number of those who departed and arrived via Korea’s main gateway in a day was 14,859 and 13,161, respectively, as of April 29. It was the first time since March 8, 2020, that it had surpassed the 30,000 mark.

The pre-pandemic figure was at around 200,000 users per day, but the number rapidly shrunk to as low as 3,000 as international flights were grounded.

The airport operator said the accumulated number of users at the airport was 649,753, about a 261.3 percent jump compared to the April last year.

The global tourism market this year will return to around the 40 to 50 percent level compared to 2019, according to a market forecast by the United Nations’ World Tourism Organization.