Even before it hits local theaters on Wednesday, Hollywood blockbuster “Doctor Strange in the Multiverse of Madness” is stirring excitement among Marvel Cinematic Universe film fans here.

As of Monday, 673,489 tickets were sold for the upcoming movie, a sequel to “Doctor Strange” (2016), according to data by the Korean Film Council.

The presales dwarfed those for “Spider-Man,” the most-watched film during the COVID-19 pandemic in South Korea, which sold 348,000 tickets three days ahead of its release in December.

Benedict Cumberbatch, who played Dr. Stephen Strange in the movie, said he was excited to present his new work to Korean audiences.

“May I say it’s really nice to be talking to South Korea. The last time I was there in person, I had a wonderful time and I do wish I was there in person,” he told local reporters in an online press conference held Monday. “This (film) is the next chapter of the MCU (Marvel Cinematic Universe). It unfolds multiverse, and my character is very much a gateway into that with America Chavez.”

Director Sam Raimi’s “Doctor Strange in the Multiverse of Madness” is set a few months after the events of “Spider-Man: No Way Home” (2021). With the help of both old and new allies, Dr. Stephen Strange (Cumberbatch) travels into the multiverse to face a mysterious new adversary.

Those who watch the sequel will see how his character Dr. Strange has evolved, the British actor said.

“I think the evolution of his character has been interesting obviously. From the neurosurgeon working for his own selfish egotistical pride and his career. And the gilded cage that built him. Turning into a more selfless superhero acting for the greater good and not his own solely. He has now morphed over time,” he said.“And then in ‘Spider-Man,’ we see human flaws start to creep back in. And I think that’s very much what this film continues. As for his character development, this guy may be doing it for the greater good but he’s still insistent on being the one in control. And his arrogance and his ego are often his best strength but they can often be his worst weakness,” he said.

The sequel also welcomes a new character, America Chavez, which is played by Xochitl Gomez. Gomez’s character in the new movie can punch through portals to travel through the multiverse. 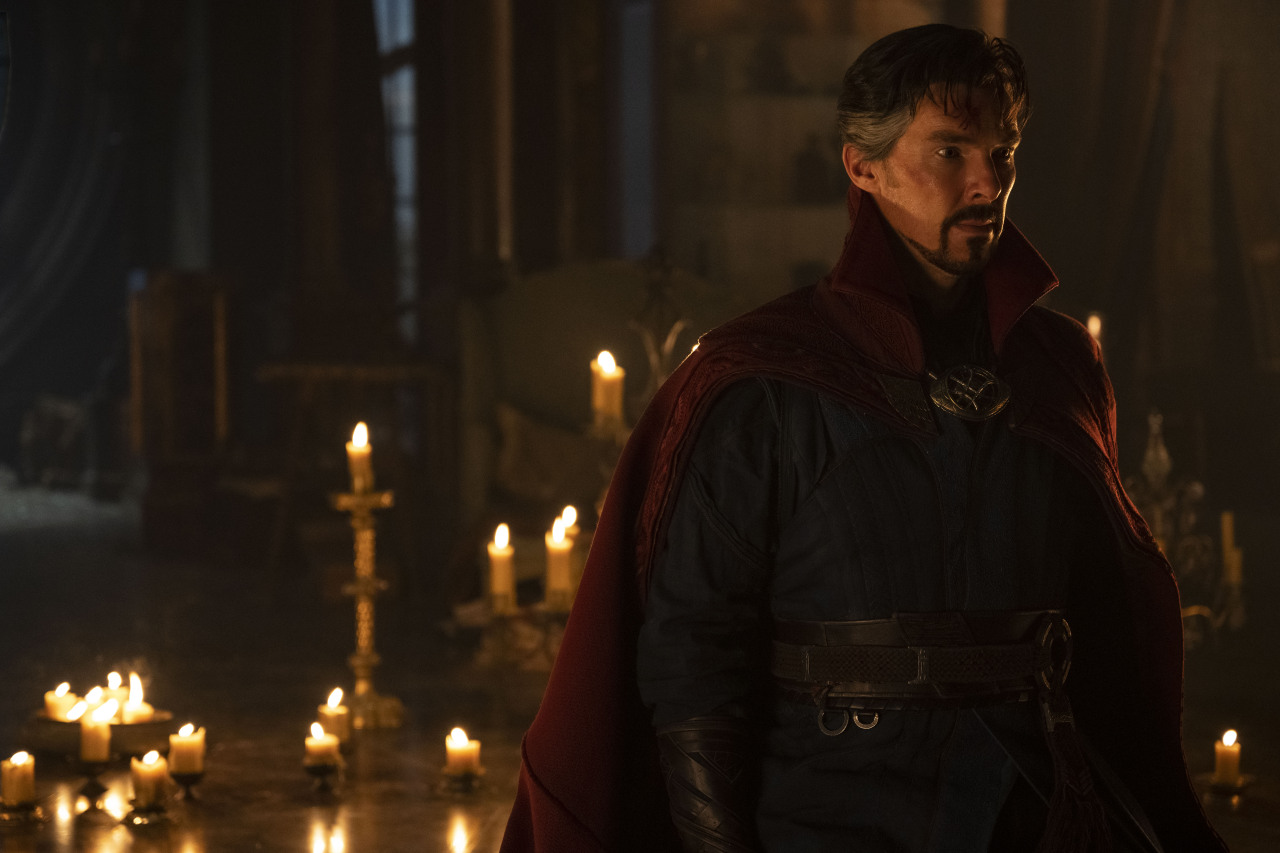 Benedict Cumberbatch stars in “Doctor Strange in the Multiverse of Madness.” (The Walt Disney Company Korea)

“It’s her (Gomez’s) birthday today. So she’s just turned 16. She was 14 when we started this. She’s just brilliant,” he said. “And she’s such a fresh lovely human being, very enthusiastic and has all the requisite energy to fill the boots of this quite iconic recent character in the comics.”

”It’s a very important character. It’s an LBGTQ+ representation character. She’s also a Latin American extract and she’s got this incredible power. All of which is very important,“ the actor said. ”It’s another mark in Marvel’s ability to be inclusive and diverse in its casting and in its use of characters from the comic world. And she’s awesome in this.”

Elizabeth Olsen, who played Wanda Maximoff in the new movie, was supposed to be present at the conference as well, but could not be there due to a personal health issue, according to the Walt Disney Company Korea.