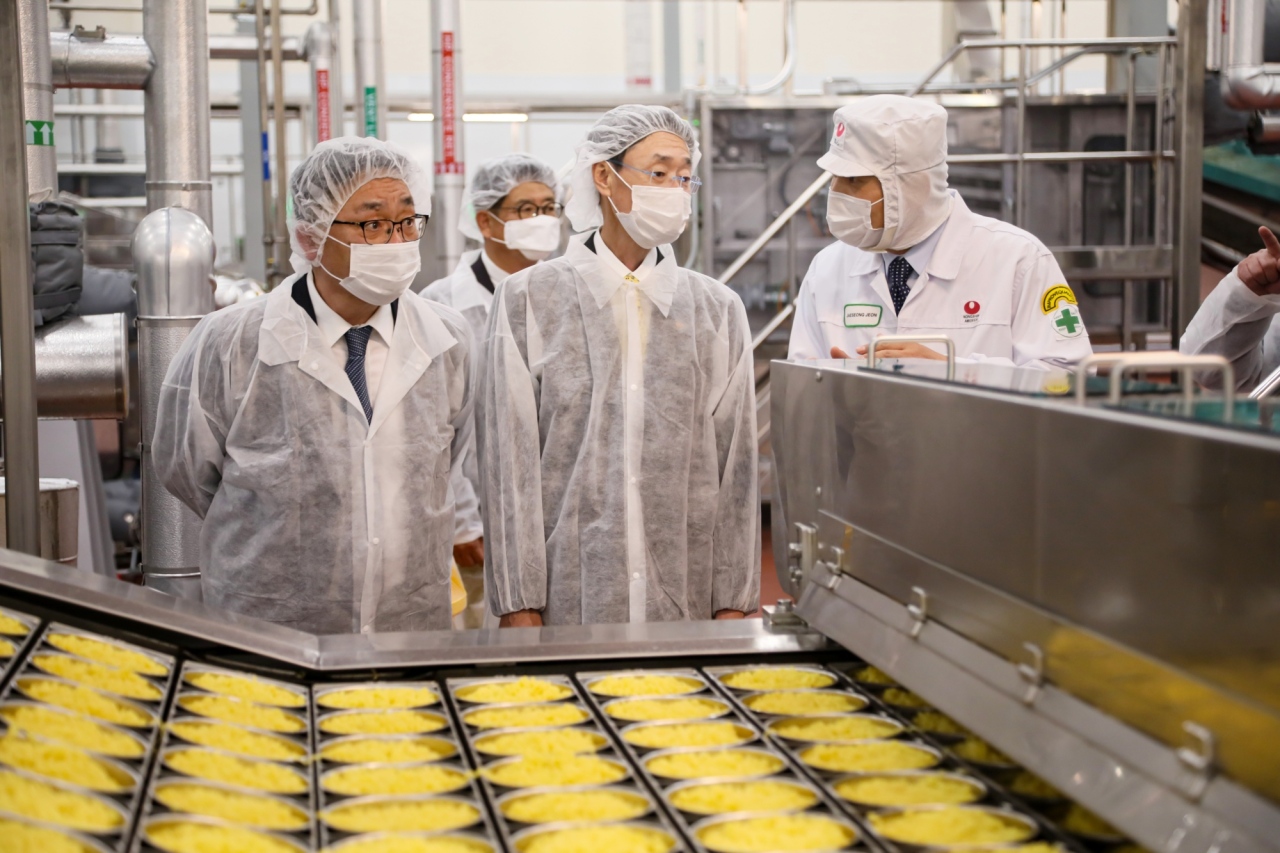 (Nongshim)
Shin Dong-won, chairman of South Korea’s largest instant noodle maker Nongshim, looks around the company‘s second factory in US in this photo released Monday. According to Nongshim, the new factory located in Rancho Cucamonga, California can produce up to 350 million instant noodles per year. The Korean noodle maker said it aims to reach annual sales of $800 million (1.01 trillion won) in the US by 2025 after it garnered $395 million in sales last year.