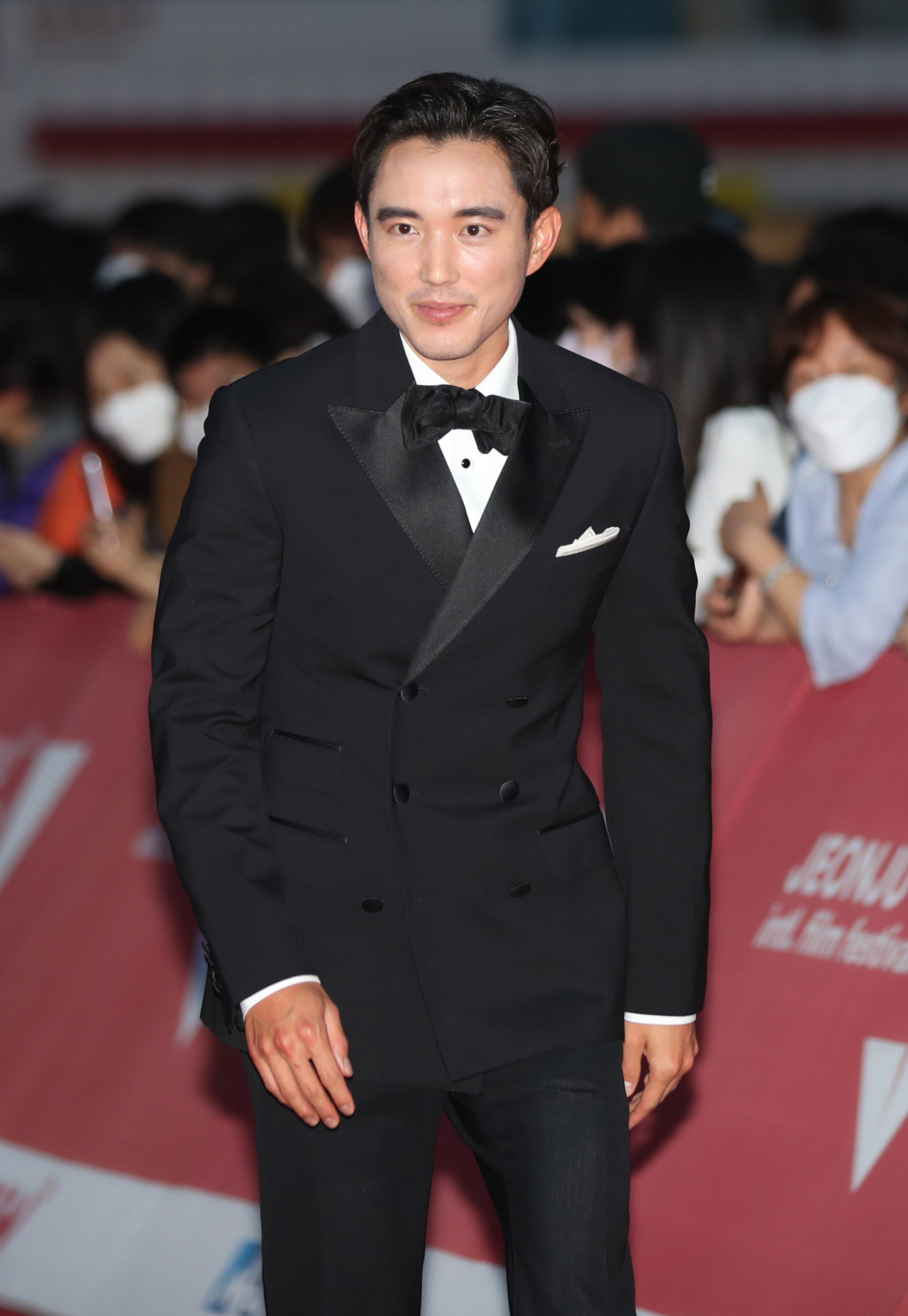 JEONJU, North Jeolla Province -- For Korean American actor Justin H. Min, participating in the Jeonju International Film Festival was special not only because it is being held in his parent’s home country, but also because it is an in-person event.

“I missed Cannes because I was filming and they wouldn’t let me leave because of the quarantine. And Sundance, we were finally excited to go. And then two weeks before, they shut Sundance down. So I missed two film festivals,” Min said during an interview with a group of local reporters on Friday at Tov Cafe in Jeonju, North Jeolla Province. “So to finally be able to come to one in person, it’s very exciting and something I’m very grateful for.”

Min added how much he values audiences gathering together to watch films during festivals.

“I think there’s something really powerful and beautiful about being able to watch a movie together in person, which is why I hope they never close down movie theaters even though streaming services are very popular these days.”

The Korean American actor’s film “After Yang” directed by Kogonada is the opening film of this year’s Jeonju IFF. Min plays an android called Yang in the film. Kogonada is a South Korean-born American filmmaker who also directed the popular Apple TV+ series “Pachinko.”

“After Yang” centers around a family: father Jake (Colin Farrell), mother Kyra (Jodie Turner-Smith), their adopted daughter Mika (Malea Emma Tjandrawidjaja), and Yang (Min), an android who looks like a young Asian man. Yang is a cultural techno-sapien, a type of robot used to teach adopted children about their heritage.

Although he is a robot in the film, the actor said he did not focus on creating robot-like movements during filming. Instead, the actor focused more on having the thought process of a robot.

“I spent a lot of time trying to be as hyper aware as possible about what Yang was saying and doing as any robot would. So it was less about speaking in a very robotic way or moving in a very robotic way. It was more about intentionality. What would it feel like for someone to think about every single word that he says before he says it? Or what would it feel like to think about moving this water bottle from here to here before I do it?” Min said. “That’s not something we do at all. Most of us live very automatically. So it was an interesting exercise and experience to think about someone who would think about every single thing before he did it.”

Min also talked about how his character reminded him of his mother in a way.

“For the rest of the world, he almost looks like a servant. And yet Yang is so happy to do what he does,” he said. “And actually in many ways, it reminded me a lot of all of my parents’ generation who immigrated to America, who had to give up their educations and their dreams to make a life for their families. I mean, my mom owned a dry cleaners for many, many years and she was so happy doing it, and she never complained. And I think that’s one of the things that really moved me while reading this script.” 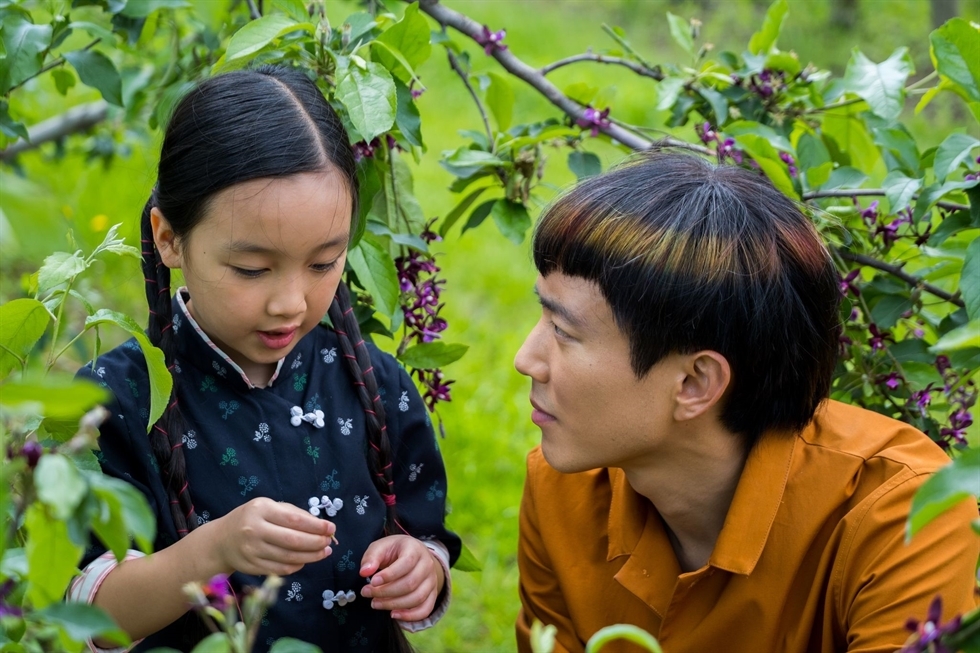 While the actor openly answered all questions, he was reluctant to answer one: “What is one message that you wish for audiences to take away from this film?”

“Well, I’m not going to answer that question. I think that’s up for interpretation. And I think that’s exactly what Kogonada wanted. He never wanted anything to feel prescriptive,” he said. “I’ve talked to so many different people in the past few months about the film. And everyone connects to something or someone in a different way.”

The actor said he talked to fathers who really understand the father-adoptee daughter dynamic in the film, as well as adoptees. He said that he also spoke with those who could relate to what it feels like to have a sibling or someone close to them die.

“It’s a movie about all of those things. So I don’t think I can sit here and say this is exactly how I would want you to interpret the movie,” he added.

During the interview, Min also talked about how the global Korean culture boom has affected his life as Korean American actor working in the US.

The actor added that he wants more opportunities in the future to work with Asian American directors like Kogonada, who he can connect with more.

Toward the end of the interview, Min said he was surprised that his fan base in Korea was growing mainly due to the Netflix show “The Umbrella Academy.” 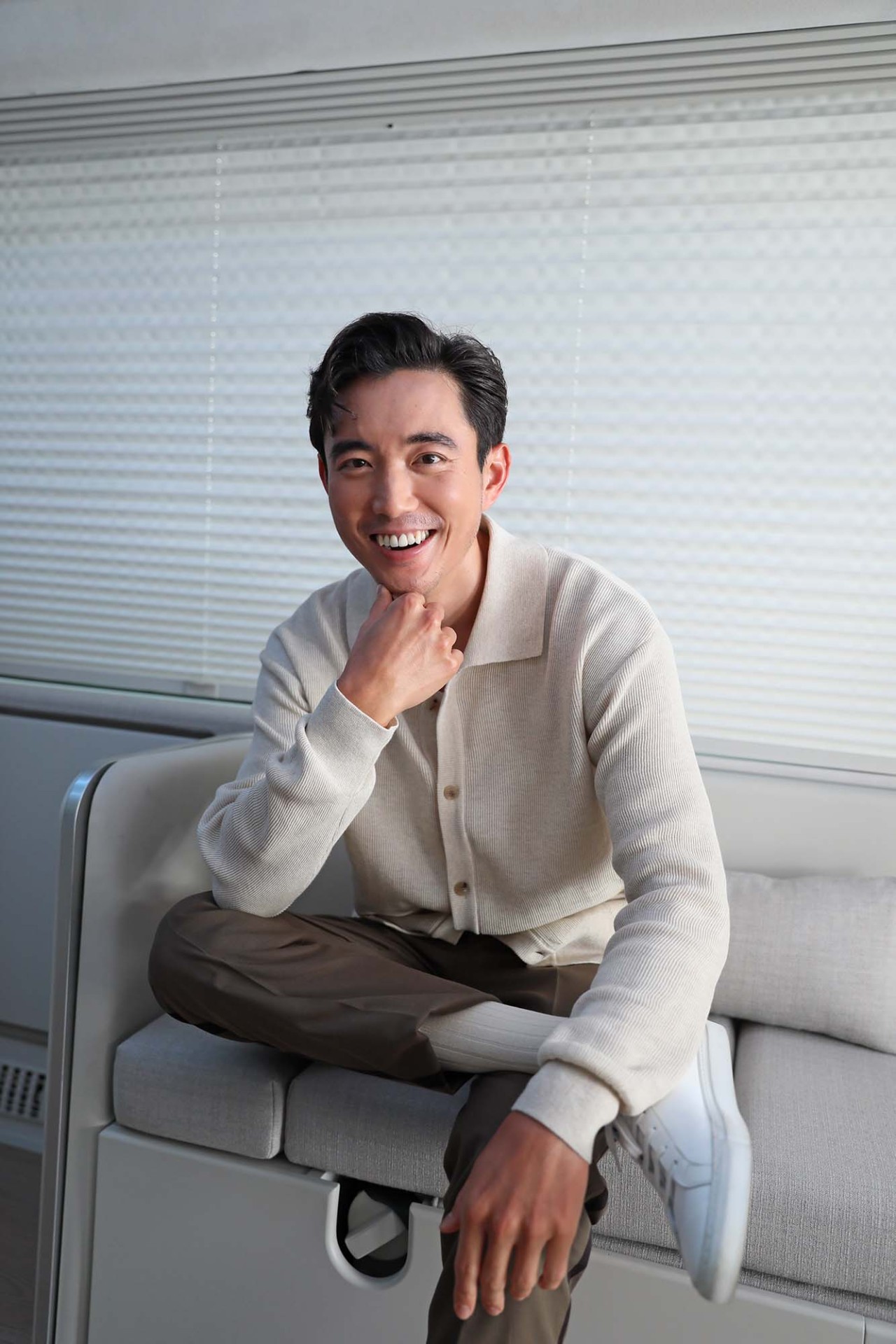 In March last year, his Korean fans had put up an advertisement featuring a happy birthday message to Min at Samseong subway station in Seoul.

“I was shocked, very shocked. I didn’t know that people were watching ‘Umbrella Academy’ in Korea. So when the second season started coming out, I started getting a lot of messages from Korean fans. And I was very surprised, but obviously very thankful,” he said. “And then suddenly for my birthday, I saw a photo of this billboard in the subway. It’s still very surreal to me that there are fans here but I am very thankful to them.”