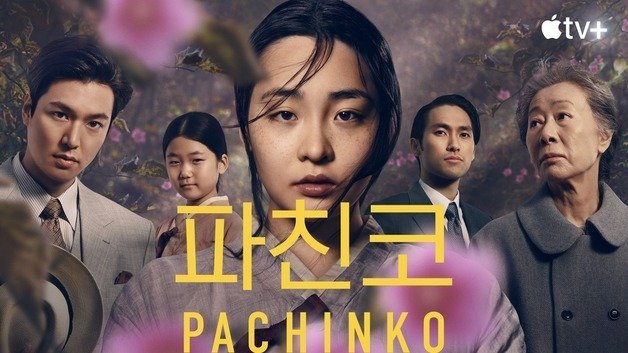 A teaser poster of “Pachinko” (Apple TV+)
Apple TV+ on Saturday confirmed the return of its Korean original series “Pachinko” with a second season.

The period drama shows the life of Korean family moving to Japan in the 20th century, presenting the universal story of immigrants throughout the world.

Based on Korean American author Min Jin Lee’s bestselling novel of the same name, the series depicts the life of a Korean woman named Sunja (played by Youn Yuh-jung and Kim Min-ha), who was born to a poor family in Busan and forced to migrate to Japan during Japanese colonial rule of the Korean Peninsula in 1910-1945.

“Words cannot express my joy in being able to continue telling the extraordinary story of this indomitable family,” Apple TV+ quoted the screenwriter Soo Hugh as saying.

The eight-part series came to an end with its last episode released Saturday.

Coming to the viewers’ attention as one of the most anticipated projects at Apple TV+ for its multinational production and star-studded cast, including Oscar-winning actor Youn Yuh-jung, “Pachinko” won rave reviews around the world for dealing cultural identity and intergenerational memory.

The second season of “Pachinko” will also be produced in three different languages -- English, Japanese and Korean -- and released in Apple TV+.

The eight-part series, which premiered on March 25, is available on Apple TV+.