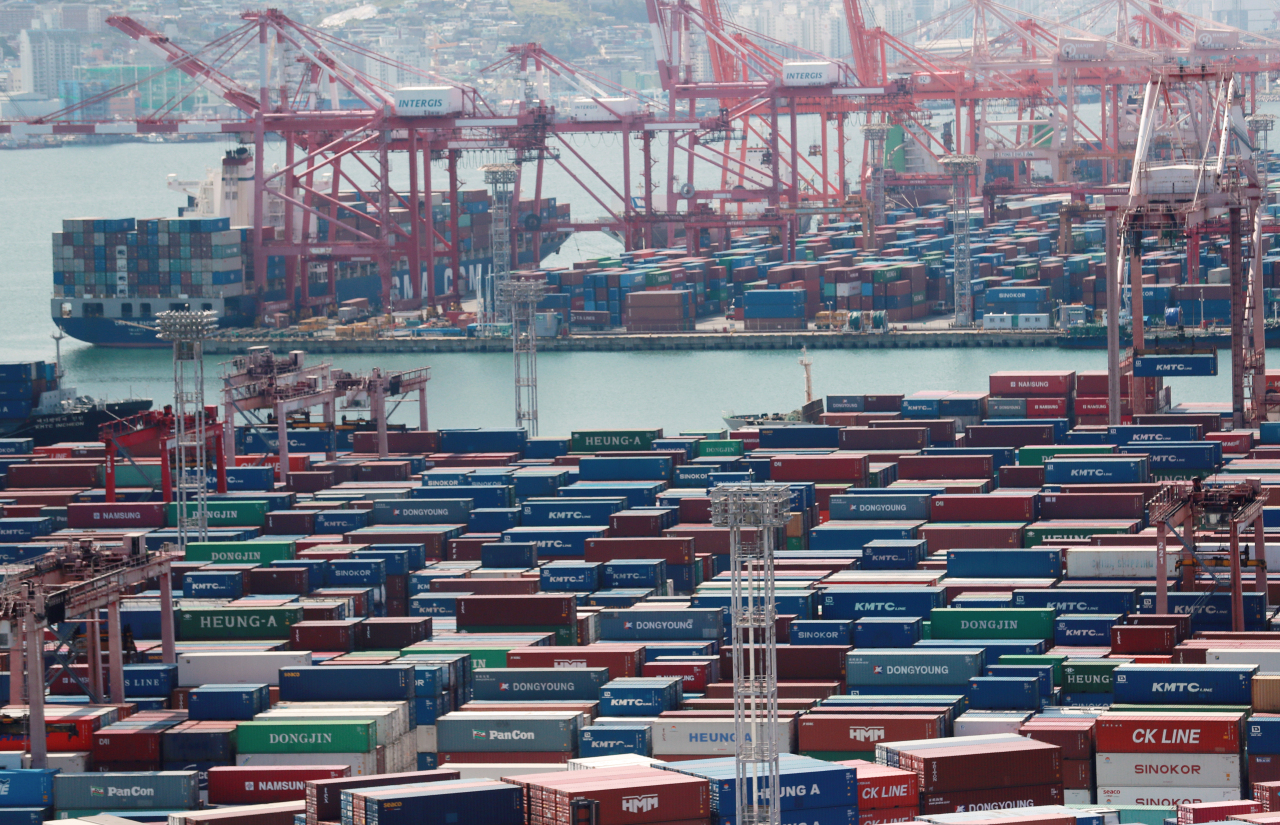 South Korea's exports rose 12.6 percent in April from a year earlier on the back of brisk demand for chips and petroleum products, but the trade deficit widened on soaring global energy prices, data showed Sunday.

Outbound shipments stood at $57.69 billion last month, up from $51.23 billion a year earlier, according to the data compiled by the Ministry of Trade, Industry and Energy.

It is the highest tally for any April since the ministry began compiling related data in 1956. The previous record was set in April 2021.

April marked the 18th consecutive month that the country's exports have logged an on-year expansion. Exports also posted double-digit growth for the 14th month in a row last month.

The accumulated exports for the first four months of this year came to $230.6 billion. It is the first time ever that the figure for the January-April period surpassed the $200 billion mark, according to the ministry.

But high global energy prices also pushed up the country's imports last month, leading the country to post a trade deficit for the second consecutive month.

South Korea depends on imports for most of its energy needs, and the country's energy imports more than doubled on-year to $14.81 billion in April, the ministry said.

By item, overseas demand for the country's key export items grew amid a global economic recovery.

Sales of semiconductors climbed 15.8 percent on-year to $10.82 billion in April, marking the 22nd straight month of on-year expansion, according to the ministry.

But exports of auto parts fell 4.8 percent on-year to $1.94 billion, and the overseas sales of ships tumbled 16.6 percent to $1.02 billion last month, the data showed.

By nation, exports to the United States went up 26.4 percent to $9.55 billion last month, extending their on-year growth for the 20th month in a row.

But shipments to China fell 3.4 percent on-year to $12.94 billion due mainly to the country's lockdown of Shanghai and other major cities over the fast spread of COVID-19.

Exports bound for the Commonwealth of Independent States (CIS) also sank 46.5 percent to $610 million in April amid the crisis surrounding Ukraine, the ministry said.

"The solid exports growth came despite growing global uncertainties, such as the prolonged war in Ukraine and the lockdown in China amid the pandemic," Industry Minister Moon Sung-wook said.

Moon voiced concerns over global inflation woes, unstable supply chains and the gloomy forecast for global economic growth as risks to the Korean economy and vowed active support to exporters and efforts to reform the country's trade structure. (Yonhap)