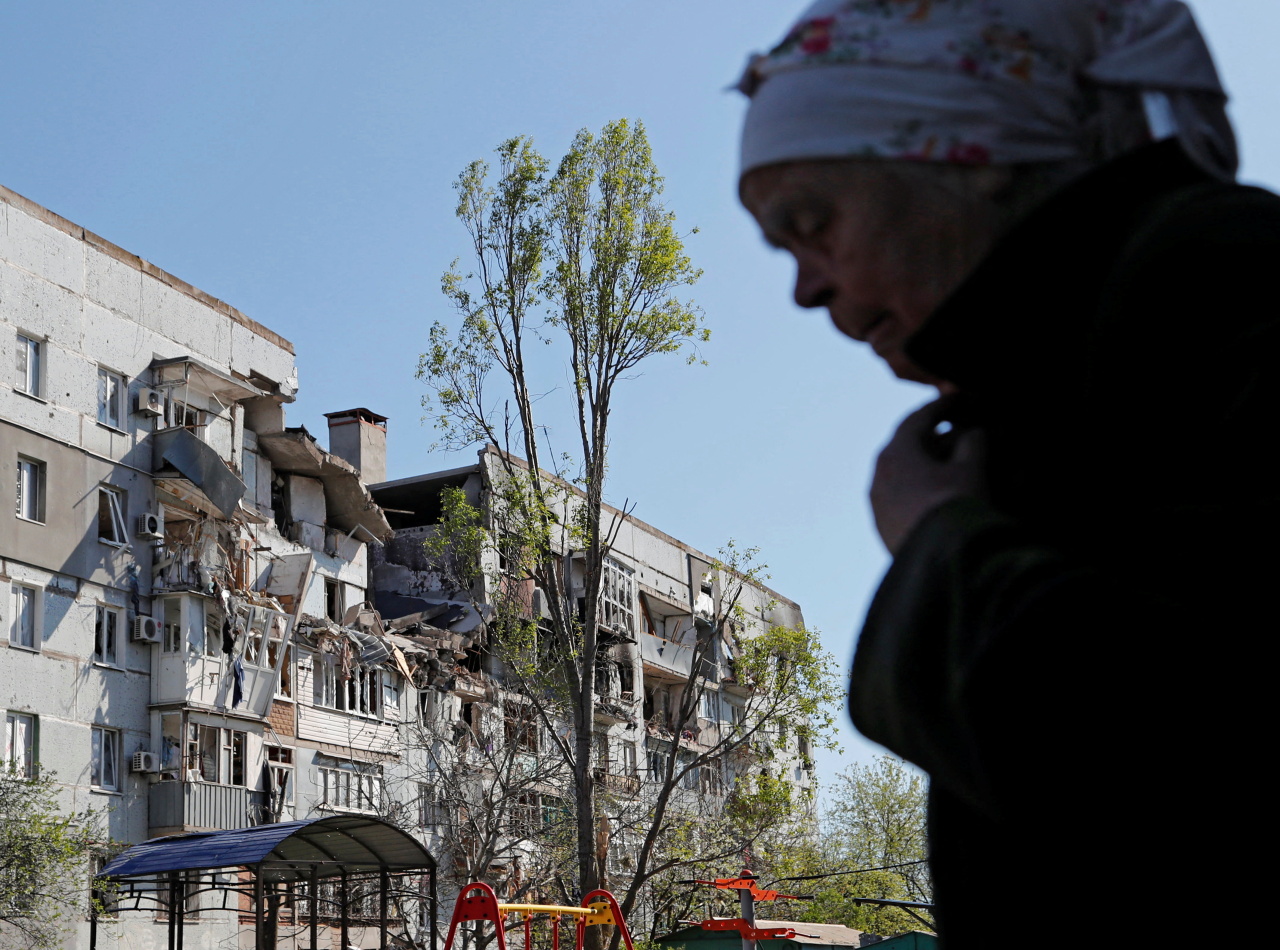 The streets of Mariupol, destroyed by constant bombing and shelling from Russian troops, are now littered with rubble, shell fragments and remains of broken buildings. A local resident walks near a collapsing apartment building, likely damaged by Russian air strikes. 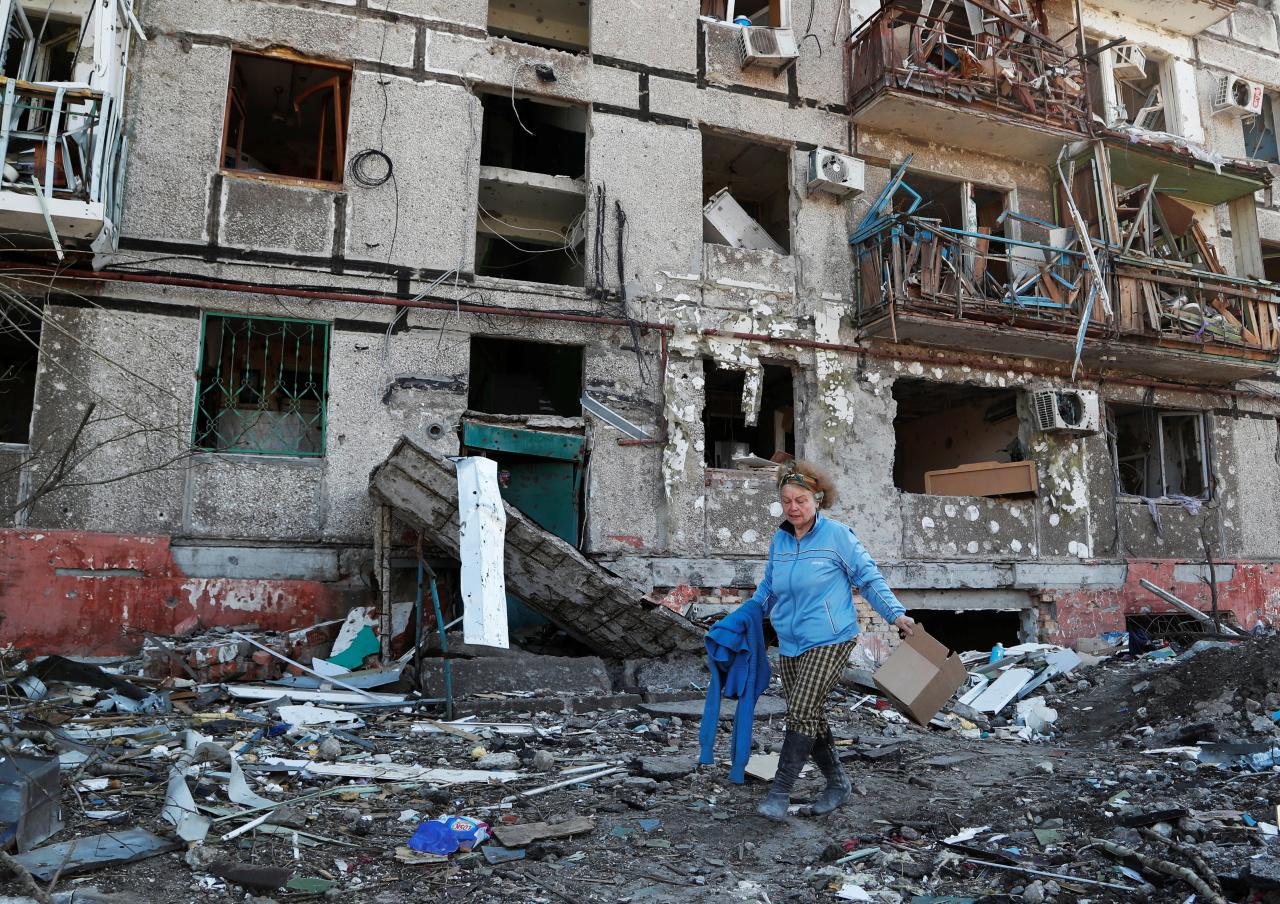 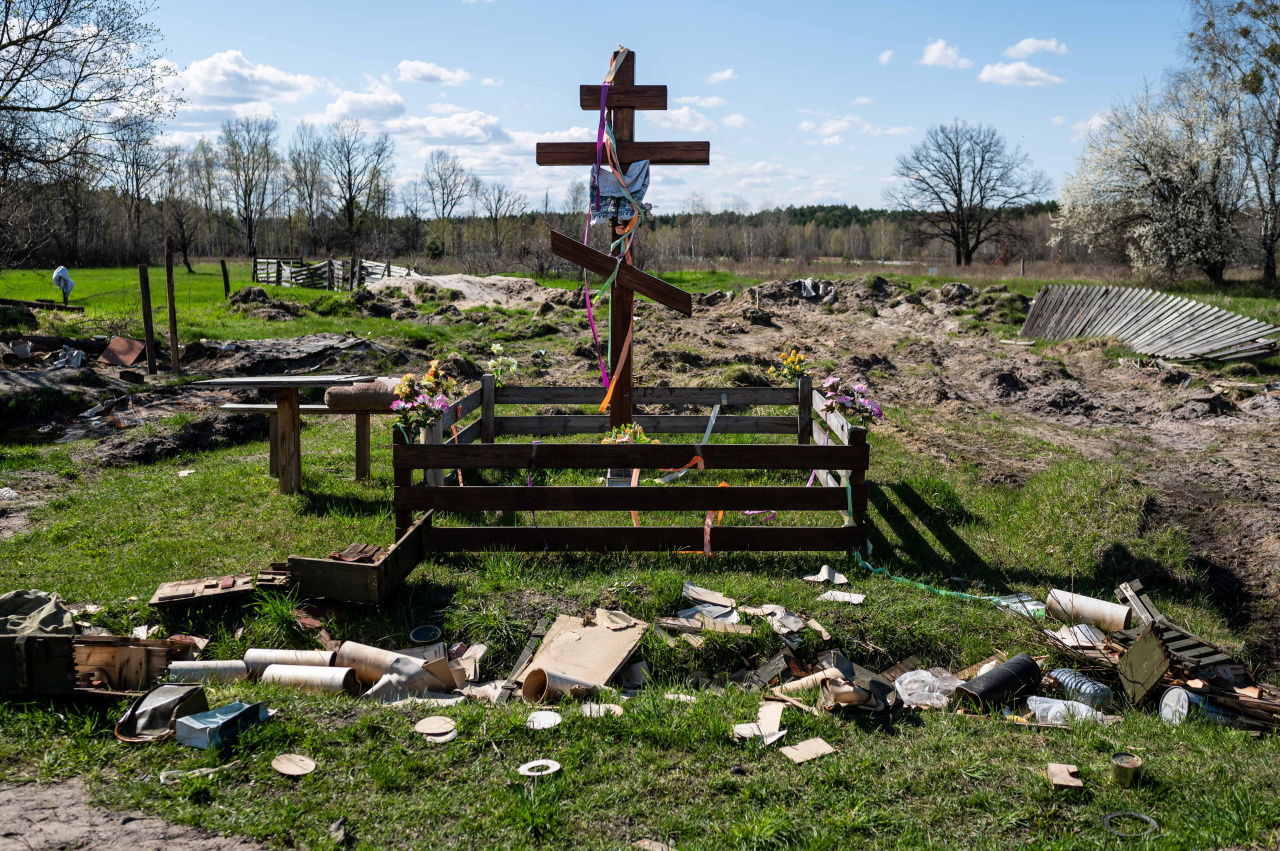 This photo shows a shrine among the debris, amid Russia‘s invasion of Ukraine, taken on Thursday. 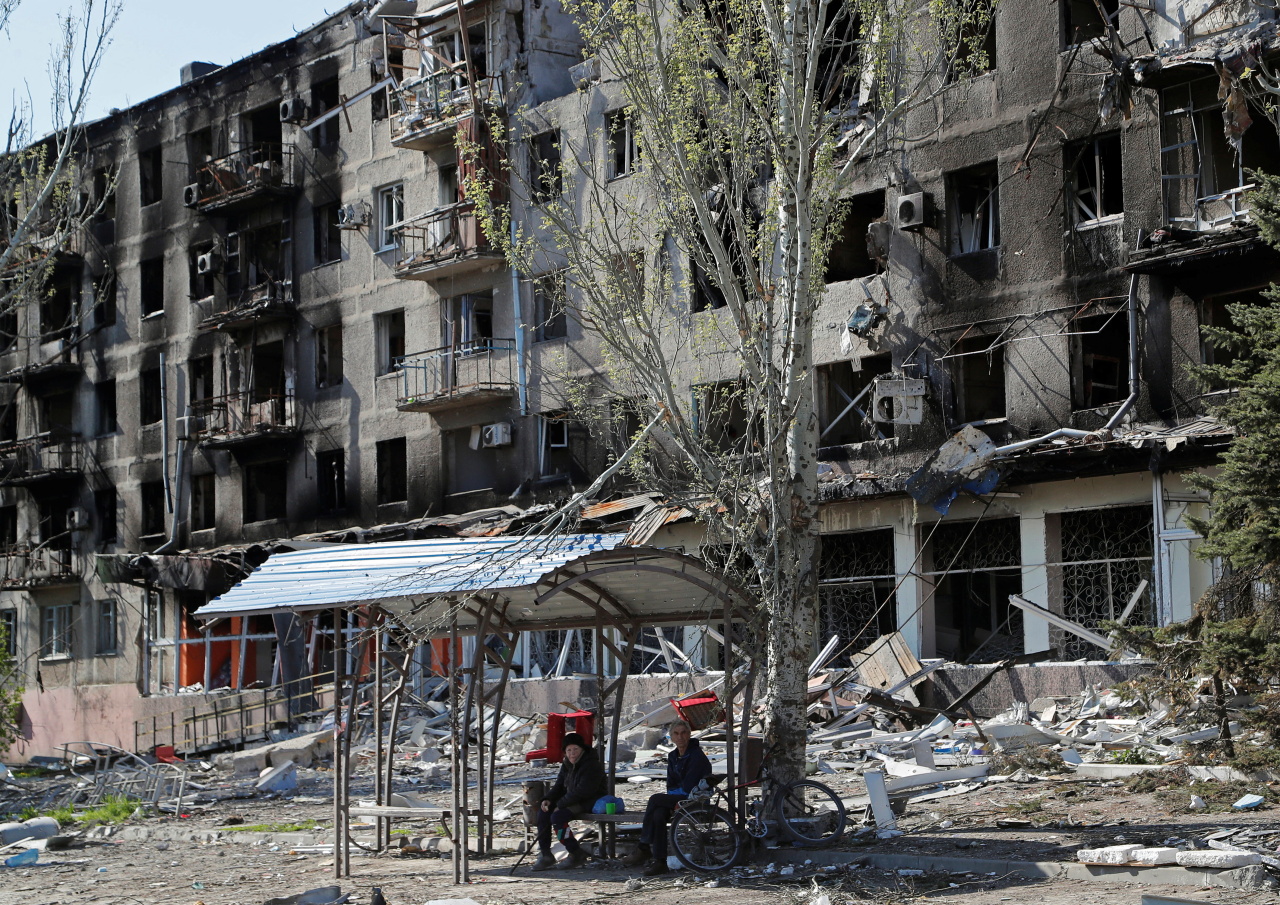 The southern port city has been under Russian attack since the beginning of March. Once a beautiful city, many of its buildings now stand in ruins.