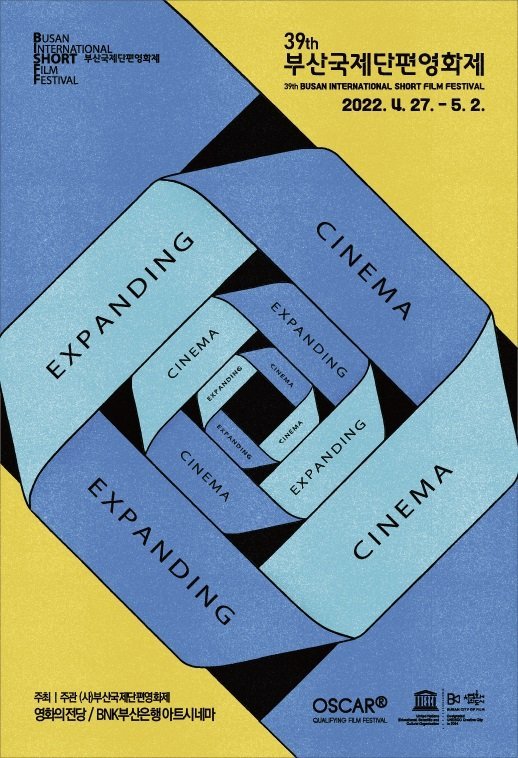 The 39th Busan International Short Film Festival kicked off Wednesday at the Busan Cinema Center for a six-day run through Monday.

Under the theme of “Expanding Cinema,” the festival aims to focus on showing the variability and infinite potential of short films, according to the film fest organizer.

For the 39th BISFF, 154 short films from 48 countries were selected for screening. According to the event organizer, a total of 3,243 works from 111 countries were submitted this year.

This year’s film fest has six sections: the main competition, the Lithuanian Panorama for this year’s guest country, Hub of Asia, Korean Shorts, Beyond Shorts and the special screening section.

The festival opened with four films -- “Quartet #1,” “Scams of Online Education,” “Winter Cicada” and “The Divers” -- screened at the Busan Cinema Center.

The festival organizer added that the opening films cover a wide range of subjects, such as a person‘s private life and the disparities of a capitalist society.

Thirteen award winners will be announced at the closing ceremony, which will be held at 7 p.m., Monday at the Busan Cinema Center.

More details about the festival are available on the Busan International Short Film Festival website.