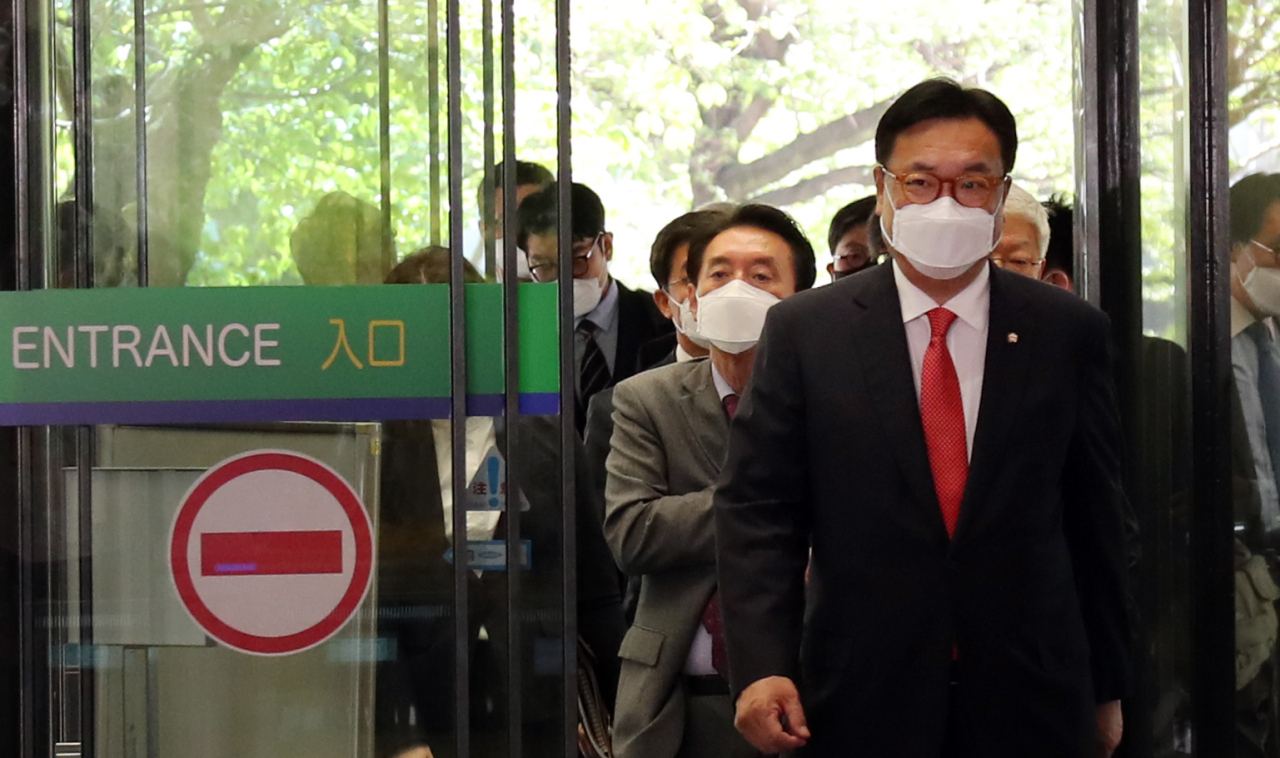 TOKYO -- A South Korean delegation sent by President-elect Yoon Suk-yeol had a meeting with Japanese Prime Minister Fumio Kishida on Tuesday, during which it appears to have delivered the incoming president's personal letter.

The meeting was held at the prime minister's official residence in Tokyo, two days after the seven-member team, led by Rep. Chung Jin-suk of Yoon's conservative People Power Party, arrived here for "policy consultations" with Japanese officials ahead of the launch of the new administration on May 10.

Chung earlier told reporters that he was carrying Yoon's letter for Kishida on relations between the neighboring countries.

Attention is being paid to the possibility of the prime minister attending Yoon's inauguration ceremony in Seoul. (Yonhap)