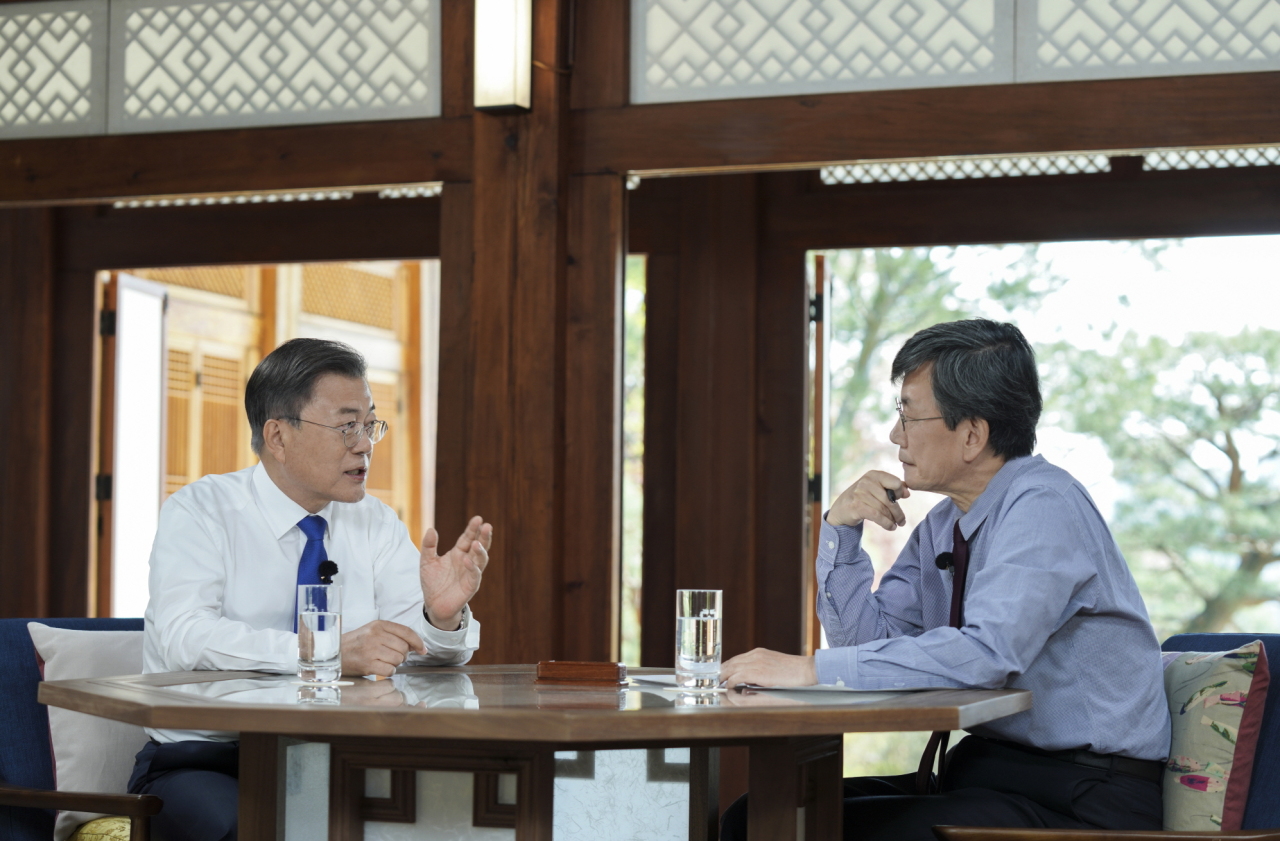 Hosted by JTBC journalist Sohn Suk-hee, the one-on-one interview reviews Moon’s achievements, regrets and opinion of the incoming administration as he looks back on the past five years.

“The interview was conducted without any political bias. Moon sometimes responded to questions in the form of silence, rhetorical questions and dodging,” the latest JTBC press release on Saturday quoted Sohn as saying.

According to Moon’s office, the program was shot over two days from April 14 to 15.

The interview was held at various locations in the presidential compound, including Sang Chun Jae, a wooden pavilion hosting VIP guests at Cheong Wa Dae.

The upcoming talk show is Moon’s second one-on-one interview with a media personality since his interview with the public broadcaster KBS’ reporter Song Hyeon-jeong in May 2019.