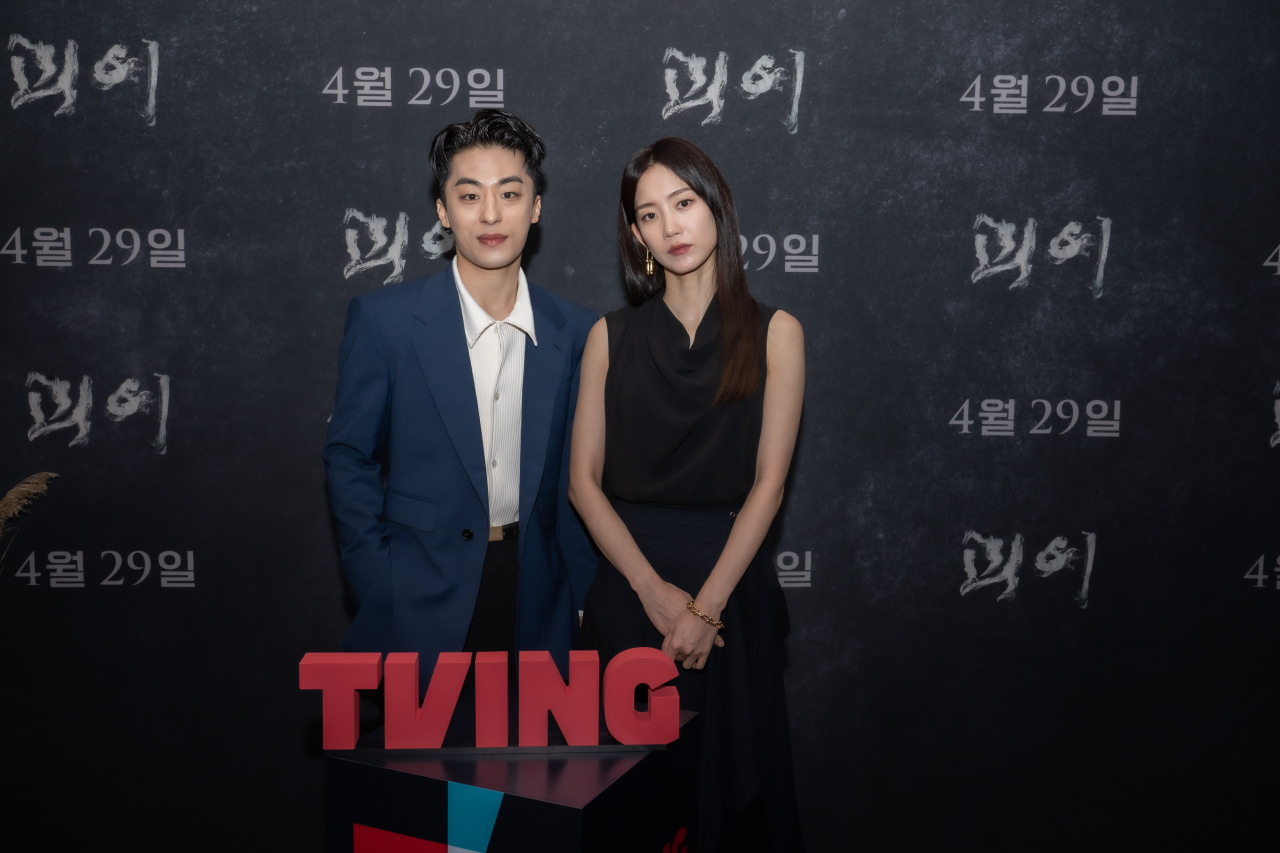 Actors Koo Kyo-hwan (left) and Shin Hyun-bin pose for a photo before an online press conference for “Monstrous” on Friday. (Tving)
Star director Yeon Sang-ho, who was behind global apocalyptic thriller “Train to Busan” (2016) and Netflix’s “Hellbound” (2021), is expanding his dystopian fantasy world, widely known as “Yeoniverse,” with Tving’s upcoming occult series “Monstrous.”

“It may sound unreal, but I was thinking of director Yeon the other day. And I received a message about his new project. I was screaming in my room with excitement and decided to star in the series without any hesitation,” actor Koo Kyo-hwan, who starred in “Peninsula” (2020) -- the sequel to “Train to Busan” helmed by Yeon -- said in an online press conference Friday.

The 39-year-old actor, who takes the role of an archaeologist and occult channel YouTuber Jung Ki-hoon, said he was amazed by the unique storylines and Yeon’s interpretation of human nature in desperate situations.

“Starring in a disaster series and taking on the role of a mother is something that I have never experienced before. As I read the script, I wanted to know how this would turn out in a drama series. After hearing the names of the actors, director and screenwriters, I could not let ‘Monstrous’ go,” Shin said. 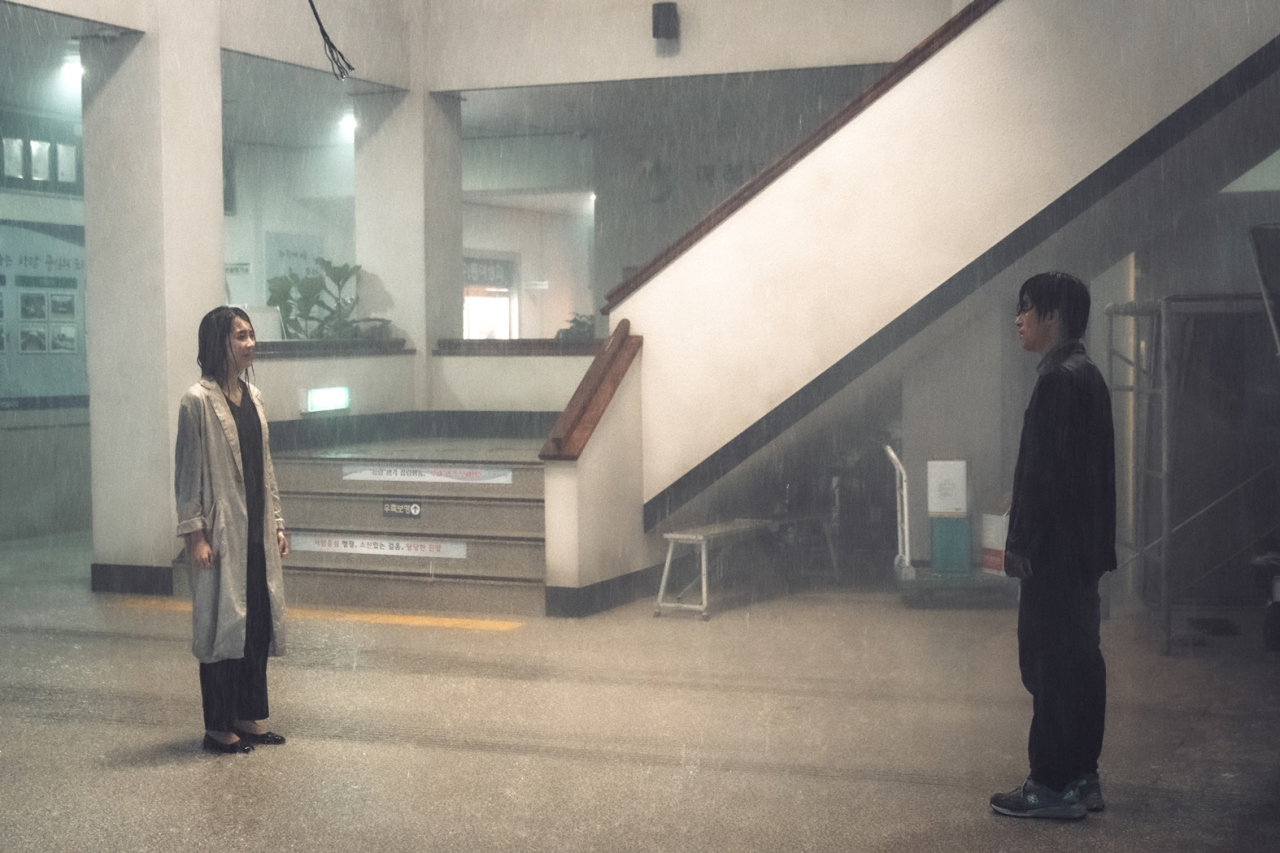 “The town name Jinyang first made its appearance in ‘Train to Busan’ as a place where the zombie virus was found. Since that movie, I use Jinyang as the location for the origins of all evil,” Yeon said.

Helming “Monstrous” as the creator and scriptwriter, Yeon said that his initial intention was to write a heartwarming romance.

“Because I have written many death-related, apocalyptic projects, I started to write about the love of a married couple. But as I worked on the script, I felt that the story was a little tedious. I decided to add a few occult characteristics, like a crow and I ended up with ‘Monstrous,’” the writer said, laughing. 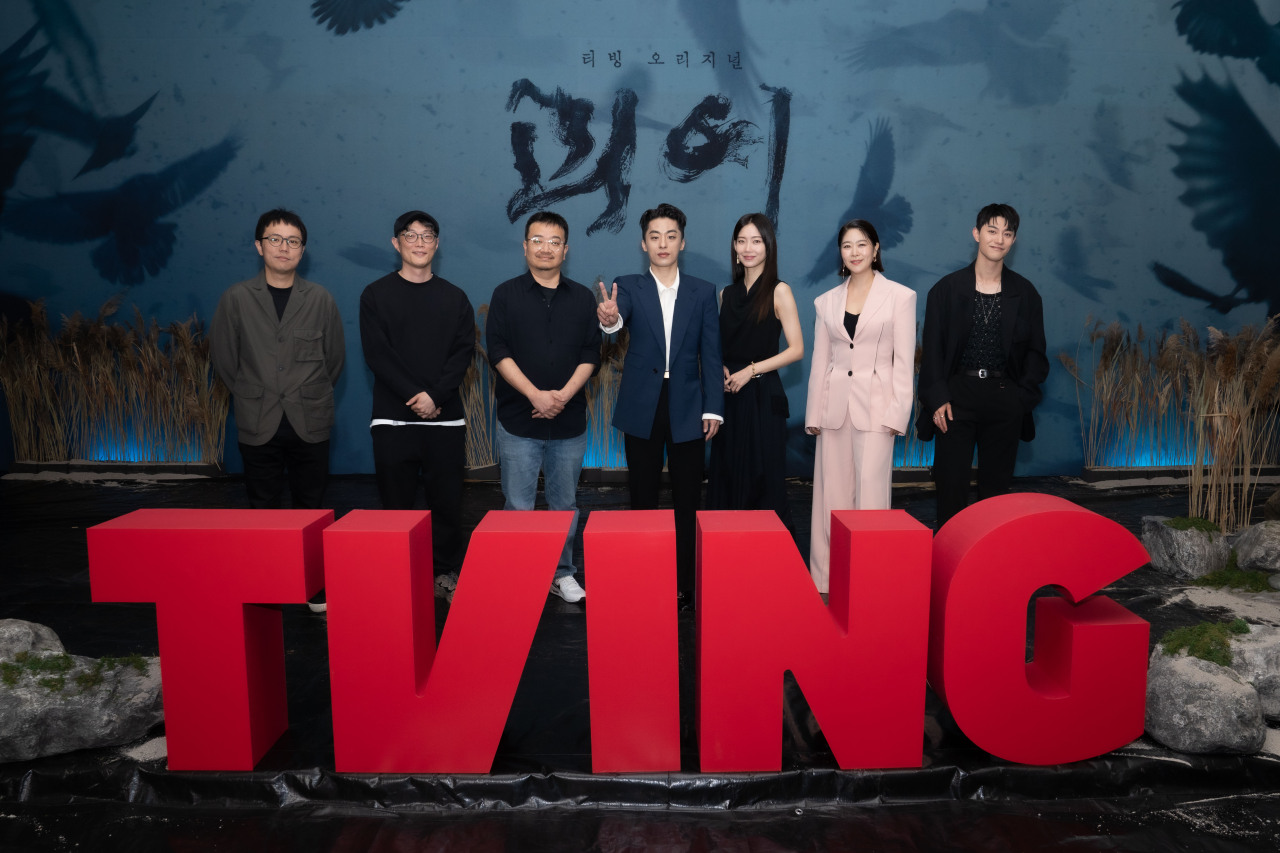 “According to ‘Eou yadam,’ the statue had been sealed three times to break its curse. Gwibul made its appearance in ‘The Cursed’ and is set to be presented in ‘Monstrous.’ Perhaps another story about this statue is waiting to be written,” Yeon said.

“Different from the Western Christian worldview, where the distinction of good and evil is clear, ‘Monstrous’ features many sides of the Buddhist worldview, shared by eastern countries, where such distinction is obscure. This might be one of the interesting points to think about when watching our upcoming series,” director Jang Kun-jae said.

The six-part series is set to premiere on April 29 exclusively on Tving.