South Korea’s top economic policymaker has requested the global index provider Morgan Stanley Capital International to place the country’s stock market on the watch list for the developed market status during its review in June, his office said Saturday.

Finance Minister Hong Nam-ki made the remarks during his meeting with senior officials from MSCI in New York on Friday (local time) as South Korea is pushing again to win the MSCI developed market status.

MSCI has classified the South Korean stock market for years as an emerging market, saying the absence of an offshore currency market for the Korean won is one of the main reasons for its decision. 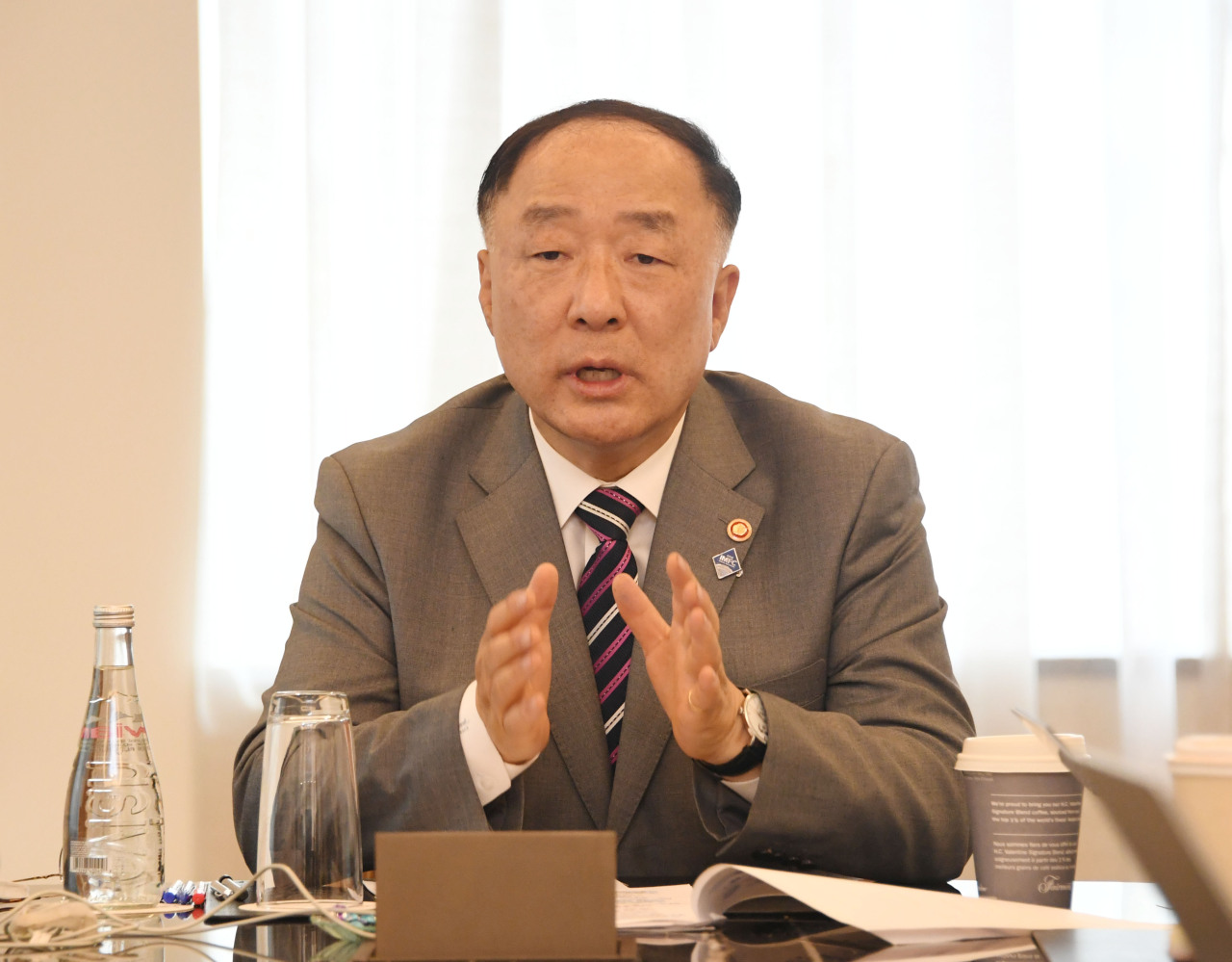 “If market access is sharply improved, the Korean market’s bid to win the developed market status will be adequately justified,” he said.

For the upgrade to the developed market status, a country should be first placed on the watch list for at least one year. In 2008, Korea was placed on such a list but failed to be granted the status later. It has been excluded from the watch list since 2014.

Hong also said the government will review ways to improve the foreign stock investor registration system in a bid to better ensure foreigners’ access to the domestic stock markets.

Currently, foreigners who seek to invest in listed stocks in South Korea must first register their personal information with the Financial Supervisory Service.

The government will also consider whether to accept MSCI’s request to use KOSPI indexes for its move to list KOSPI-tracking derivatives on foreign stock markets.

On the foreign exchange market, South Korea is considering extending the FX market operating hours, and permitting foreign financial institutions to directly take part in the interbank FX market. It is also mulling easing regulations on offshore transactions of the Korean won.

Currently, only Korean financial institutions with state authorization are allowed to take part in the interbank FX market. Korea’s FX market is open from 9 a.m. to 3:30 p.m. (Yonhap)