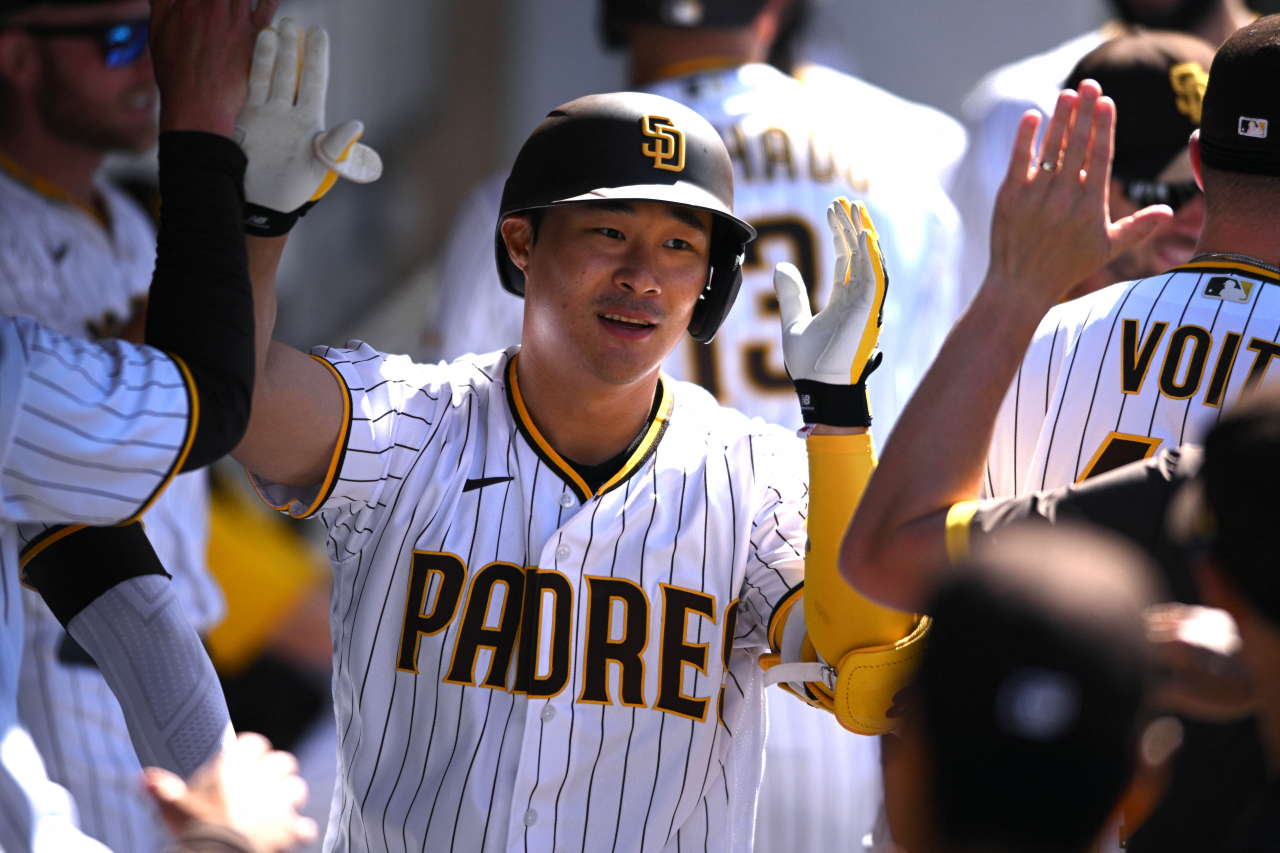 In this USA Today Sports photo via Reuters, Kim Ha-seong of the San Diego Padres (C) is congratulated by teammates in the dugout after hitting a solo home run against the Cincinnati Reds during the bottom of the seventh inning of a Major League Baseball regular season game at Petco Park in San Diego on Wednesday. (Reuters)

Kim smacked a solo home run against the Cincinnati Reds in the bottom of the seventh inning at Petco Park in San Diego on Wednesday (local time).

With the Padres up 3-0, Kim, who started at third base and batted ninth, stepped into the box against Buck Farmer with one out and nobody on. Kim wasted no time as he jumped on a first-pitch fastball from Farmer, clocked at 93.5 mph, and sent it over the center field wall.

The Padres added a pair of runs in the bottom eighth for a 6-0 victory, improving to 9-5 this year.

Kim had eight home runs in 117 games last year as a big league rookie. He had been among the top slugging infielders in the Korea Baseball Organization (KBO) before making the jump to the majors. Kim blasted a career-high 30 home runs in 2020. Of his six full seasons in the KBO, Kim had at least 20 home runs four times and finished with 19 home runs in each of the two other campaigns. (Yonhap)