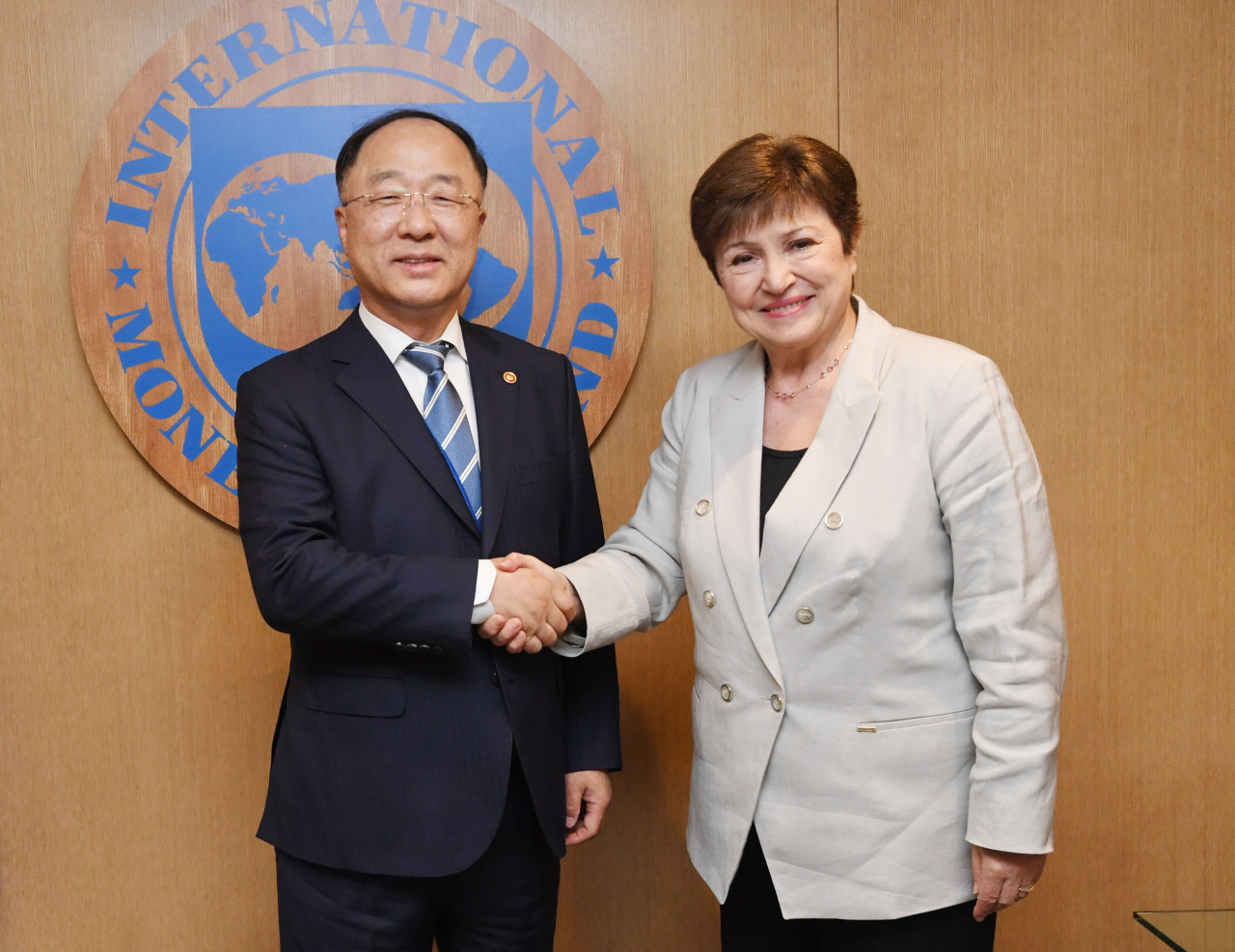 Proponents say that the minister has been faithful to principles to boost the economy and weather a variety of barriers on the growth of the country’s gross domestic product.

They also say that the Finance Ministry-led relief packages to households amid the pandemic have fueled a fast economic recovery.

In contrast, critics say that he has taken the lead in reckless use of taxpayers’ money for several years despite mounting government debt by coordinating with ruling party lawmakers over a series of supplementary budgets.

More and more people have expressed discontent with the ruling party’s real estate measures led by the Finance Ministry. People have been frustrated by skyrocketing housing prices in Seoul and some major cities despite the measures.

Hong served as the finance minister for more than 1,200 days since December 2018, marking the longest such service in the nation. There has been no one who served more than 900 days among his predecessors.

He has reportedly earned the deep trust of the incumbent President Moon Jae-in. While some had issued the possibility that Hong will run for political elections, he has dismissed it at the current stage.

Hong and President Moon’s terms will simultaneously expire at 11:59 p.m. on May 9.

Wrapping up his five years in office, Hong has been in Washington, D.C. for meetings with senior officials of global organizations including the International Monetary Fund and finance ministers from other countries.

According to the ministry, at a bilateral meeting with Hong on Tuesday (Korean time), the IMF chief said that the negative effects on Korea from expanding downside risks worldwide due to the Ukraine-Russia war would be relatively small.

Georgieva picked several factors, including the nation’s fiscal soundness and active macroeconomic policy, as the foundation of her outlook on the Korean economy. She also called for Korea to take a bigger role in tackling climate change and offering aid to emerging and underdeveloped economies.

Hong said at the meeting that Korea and other major advanced countries need to push for international fundraising via the “Resilience and Sustainability Trust,” a newly established fund designed to support emerging and underdeveloped economies suffering from the coronavirus pandemic and wars.

The Finance Ministry said that “in reflection of the meeting result with the IMF managing director, the minister is scheduled to deliver his suggestions about the future policy directions of the IMF during a meeting of the International Monetary and Financial Committee, slated for this Thursday.”

This could mean a significant status upgrade for Korea, which had received a large-scale bailout from the Washington-based IMF in the late 1990s.