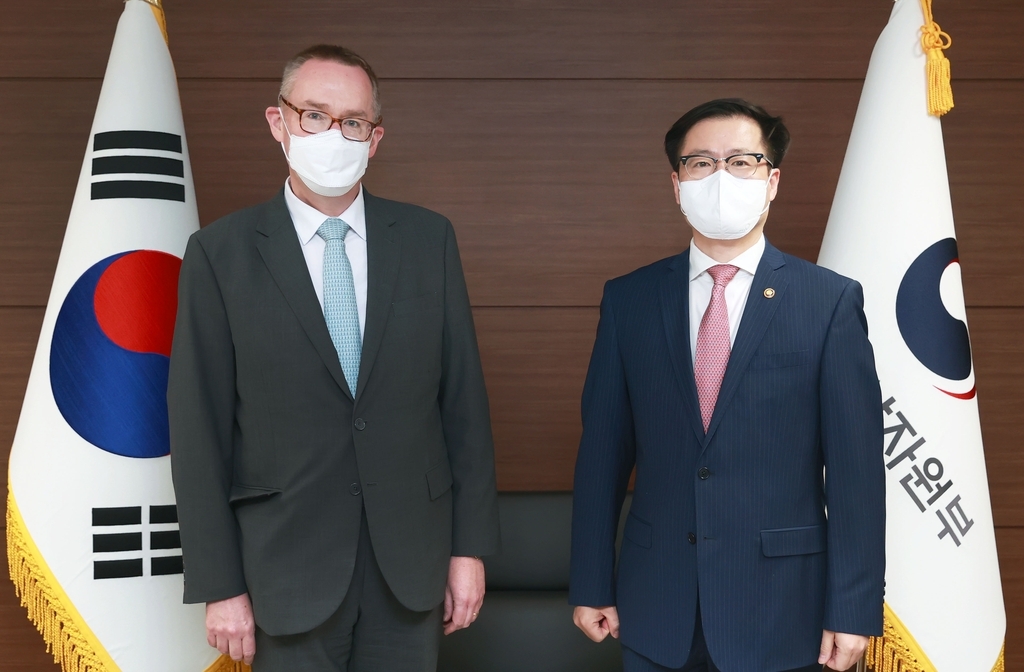 During the meeting in Seoul, Yeo asked for Britain's support in South Korea's push for membership to the Comprehensive and Progressive Agreement for Trans-Pacific Partnership (CPTPP), according to the Ministry of Trade, Industry and Energy.

The Seoul government is working to submit an official application for the CPTPP in April, and Britain submitted an application to join the pact in February last year.

The CPTPP involves 11 nations, including Japan, Canada, Mexico, Australia and New Zealand, whose trade volume stood at $5.2 trillion as of 2020, accounting for around 15 percent of the world's total.

They also agreed to continue consultations on key trade issues of mutual concern, such as digital trade and carbon neutrality, as talks have been under way to launch negotiations on upgrading the bilateral free trade agreement (FTA), according to the ministry.

The two nations agreed in February to initiate talks within this year to revise their FTA, which went into effect in January 2021 in the wake of Britain's departure from the European Union.

One year after the pact, bilateral trade volume came to $11.8 billion, up 32.6 percent from the same period a year earlier, according to government data. (Yonhap)