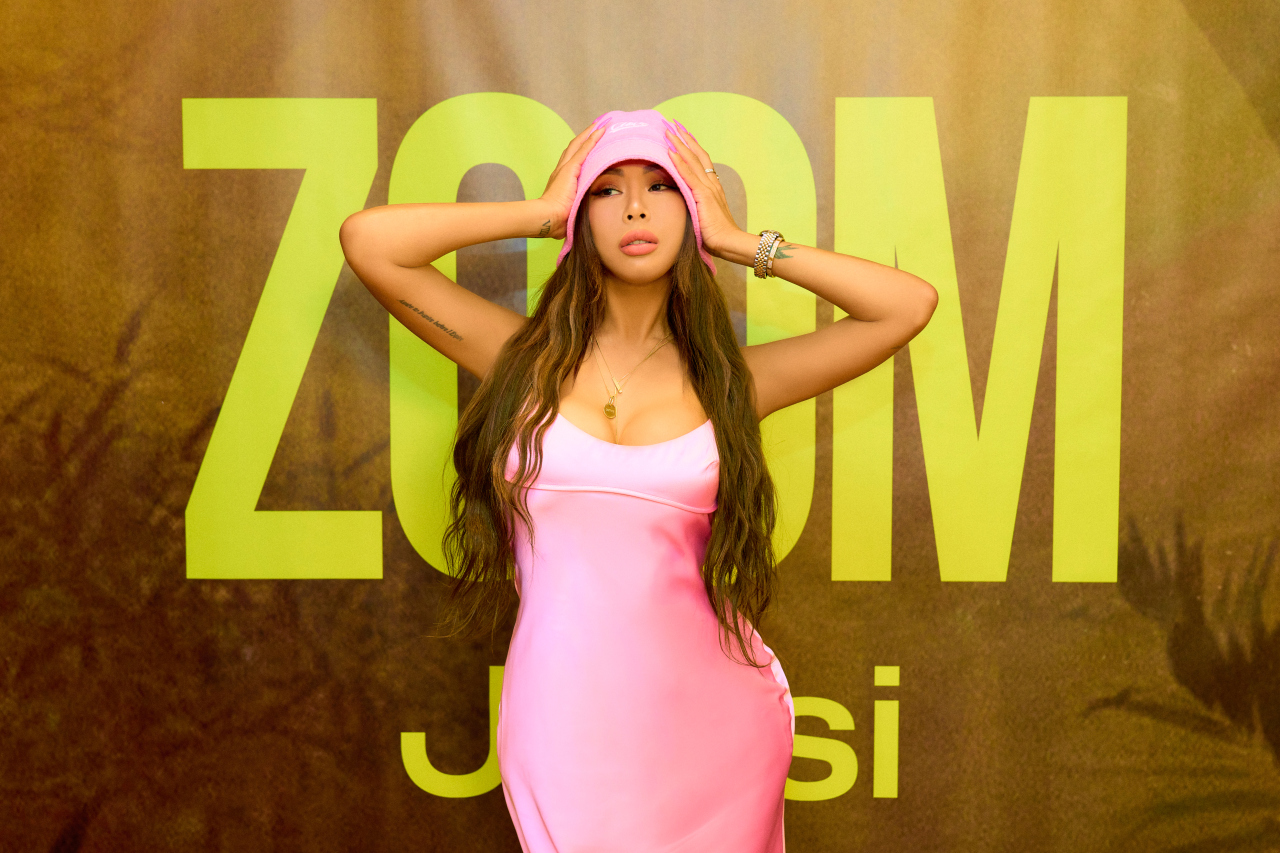 Singer-rapper Jessi speaks during an online press conference for her new digital single “Zoom” on Wednesday, ahead of its online release the same day at 6 p.m. (P Nation)
Singer-rapper Jessi returned to the stage with her new digital single “Zoom” Wednesday, following her last single “Cold Blooded (with Street Women Fighters),” which was released six months ago.

“It’s been a while since I made a comeback on the stage. I’ve been appearing on variety shows lately,” Jessi said during an online press conference Wednesday, ahead of the single’s online release at 6 p.m.

“I was pressed for time more than ever preparing for a comeback due to my hectic schedule. In fact, it took about two days to produce the song,” the artist added.

“Zoom” is a trap hip-hop song about the lives of people in modern society who cannot live without their smartphones. The singer-rapper worked on the lyrics with Psy, the head of her agency P Nation, musician bobblehead and rapper Yumdda. 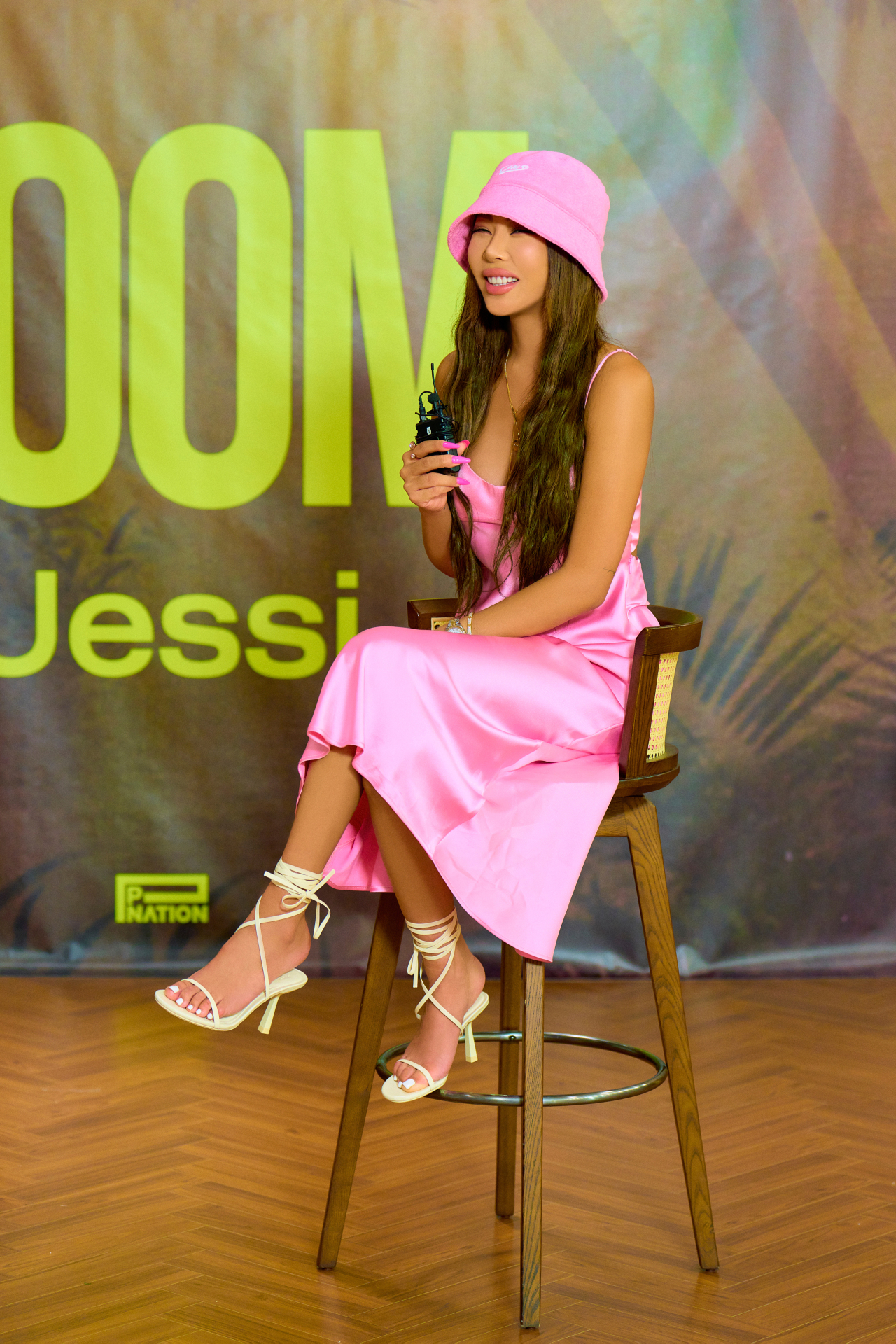 Singer-rapper Jessi speaks during an online press conference for her new digital single “Zoom” on Wednesday, ahead of its online release the same day at 6 p.m. (P Nation)
“We cannot live without smartphones. We want to get photographed and get attention from others. It’s a sad reality,” she said. She sang some parts of the song, which includes lyrics such as “zoom in, zoom out” and “we all live to take pictures.”

“If you listen to it, you will be able to relate to the lyrics. ... After all, it’ll be a song that will make you feel happy. You’ll end up finding yourself humming the tune or singing along,” Jessi said.

She praised the choreography of “Zoom,” by dance group Lachica. The artist said she was looking forward to seeing listeners’ “creative” movements to the song.

Amid the losses and missed opportunities to meet fans through in-person performances due to the pandemic, Jessi expressed her hope for in-person concerts this year. The singer-rapper said that her bucket list includes meeting her fans all around the world.