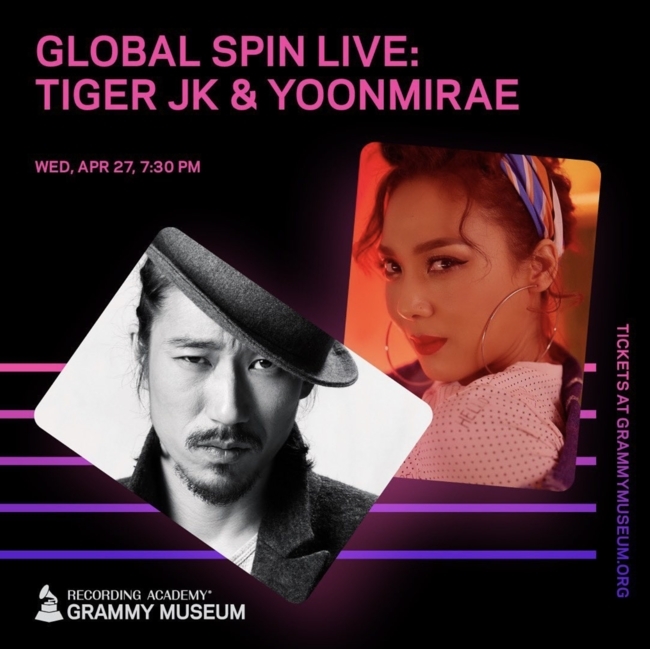 The icons of Korean hip-hop will perform at the Grammy Museum in Los Angeles at 7:30 p.m. on April 27. They will be the only K-pop musicians to appear at the concert venue.

Tiger JK and Yoon will discuss their music career, creative process and musical influences before taking to the stage separately and together, according to Grammy.

“Global Spin Live” is a live event extension of the popular online series “Global Spin,” a showcase of global music artists. It is being held in conjunction with Grammy.com.

In November, Tiger JK and Yoon were among several Korean artists performing at Head in the Clouds music festival in Pasadena, California.