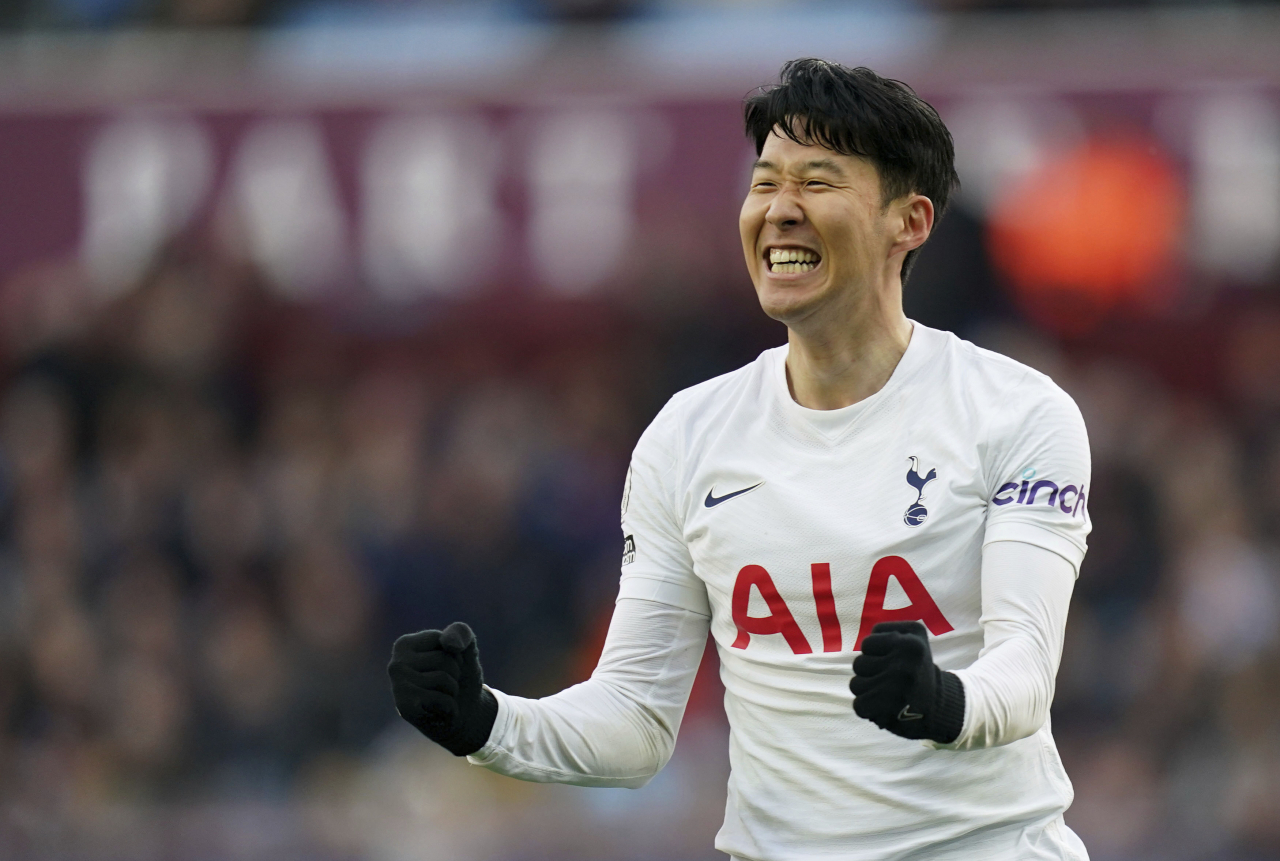 In this Press Association photo via the Associated Press, Son Heung-min of Tottenham Hotspur celebrates his goal against Aston Villa during the clubs' Premier League match at Villa Park in Birmingham, England, on Saturday. (Yonhap)

Son is now up to 17 goals for the season after netting three past Aston Villa in Tottenham's 4-0 rout at Villa Park in Birmingham, England, on Saturday (local time). The South Korean star sits alone in second place in goals, three back of Mohamed Salah of Liverpool.

Son has also matched his Premier League single-season career high in goals. He had also found the back of the net 17 times in 37 contests last season. Spurs have seven matches left this season.

Tottenham, winners of four straight, sit in fourth place with 57 points. Arsenal trail them by three points and have a game in hand on their London rivals.

The top-four clubs in the Premier League qualify for the group stage at the UEFA Champions League for the following season.

Son put Tottenham ahead inside three minutes, scoring with a left-footed shot after Harry Kane's initial attempt was blocked by Matty Cash.

With Tottenham up 2-0 following Dejan Kulusevski's marker in the 50th, Son added to that lead some 16 minutes later. Kane deftly headed the ball forward for Son, who sprinted in on goalkeeper Emiliano Martinez and beat him with his left foot once again.

Son completed the trifecta five minutes later by taking a Kulusevski feed and firing it in off the left post.

"It's a really special day for the team. (Villa Park) is a hard place to play. We showed great character," Son said. "We turned it up in the second half really well. I am really proud of the team."

Son also thanked "every single player" on Tottenham for supporting him with "beautiful words and beautiful attitude," and added even better days are ahead for his club.

"I know we can do better. We are better than this," Son said. "I see the players' quality. Today, we can be happy. But we have another game next Saturday. Tomorrow, we need to have a fresh mind and be ready to go again." (Yonhap)