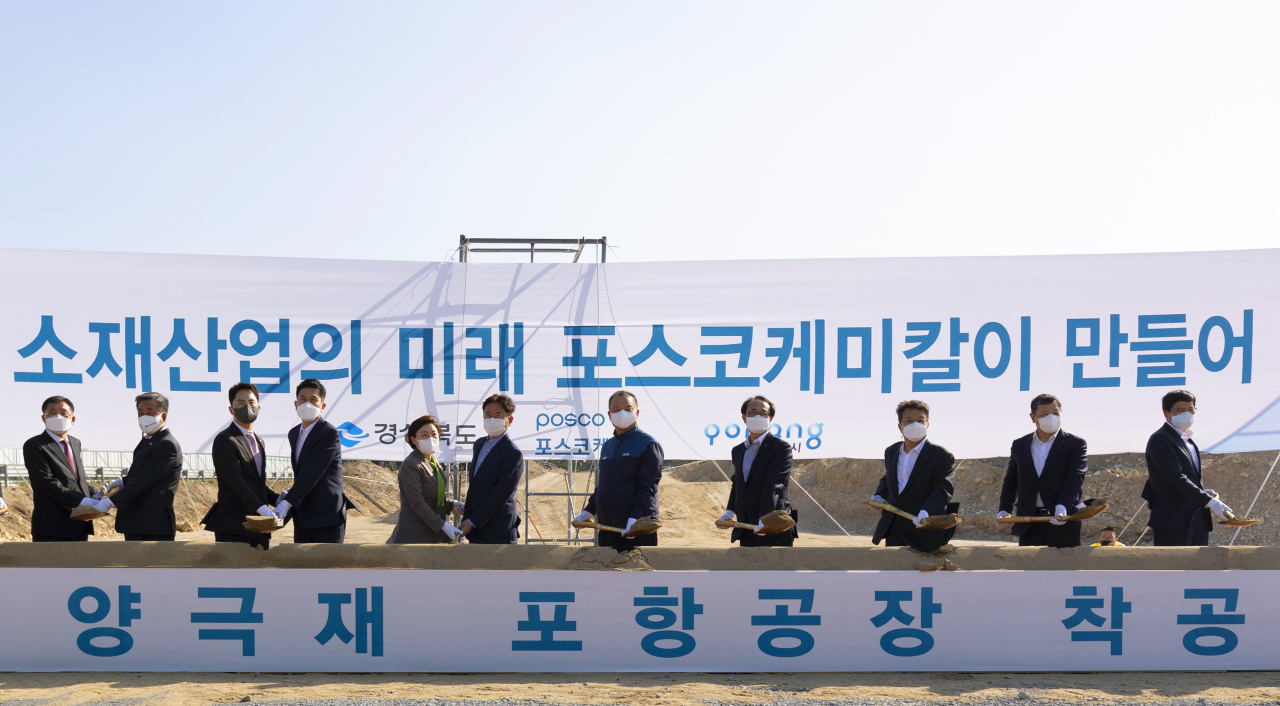 Targeting to begin operations in 2024, the new factory will be established on over 120,000 square meters of land in Pohang, North Gyeongsang Province, with an annual production capacity at 30,000 tons.

The firm, which has already invested some 290 billion won ($240 million) in the plant, plans for more funding to double the production capacity to 60,000 tons in 2025.

The beefed-up production capacity could be used in batteries to power some 600,000 high-performance EVs per year, worth 2.5 trillion won in sales.

This comes as the second round of large-scale investment by the company’s parent group Posco this year to establish materials production facilities. Last month, the company began manufacturing at a plant in Argentina to commercialize lithium, another key material for EV battery production.

The Pohang plant will manufacture NCMA cathodes containing nickel, cobalt, manganese and aluminum. NCMA cathodes are rich in nickel, the source of energy for lithium in lithium-ion batteries, which determine battery capacity and the average voltage.

Using its unique know-how to develop these NCMA cathodes with added thermal stability by combining aluminum in the mix, the firm said it has produced nickel cathodes with 90 percent in purity and plans to start a trial run for 96 percent purity production later this year.

Posco Chemical said it is targeting to complete a supply chain with an annual capacity of 160,000 tons of cathodes through the Pohang plant and nearby plants by 2025.

The firm added that it will also establish a production network in major EV markets such as North America, China, Europe and Indonesia, with cathode production capacity at a combined 115,000 tons annually.