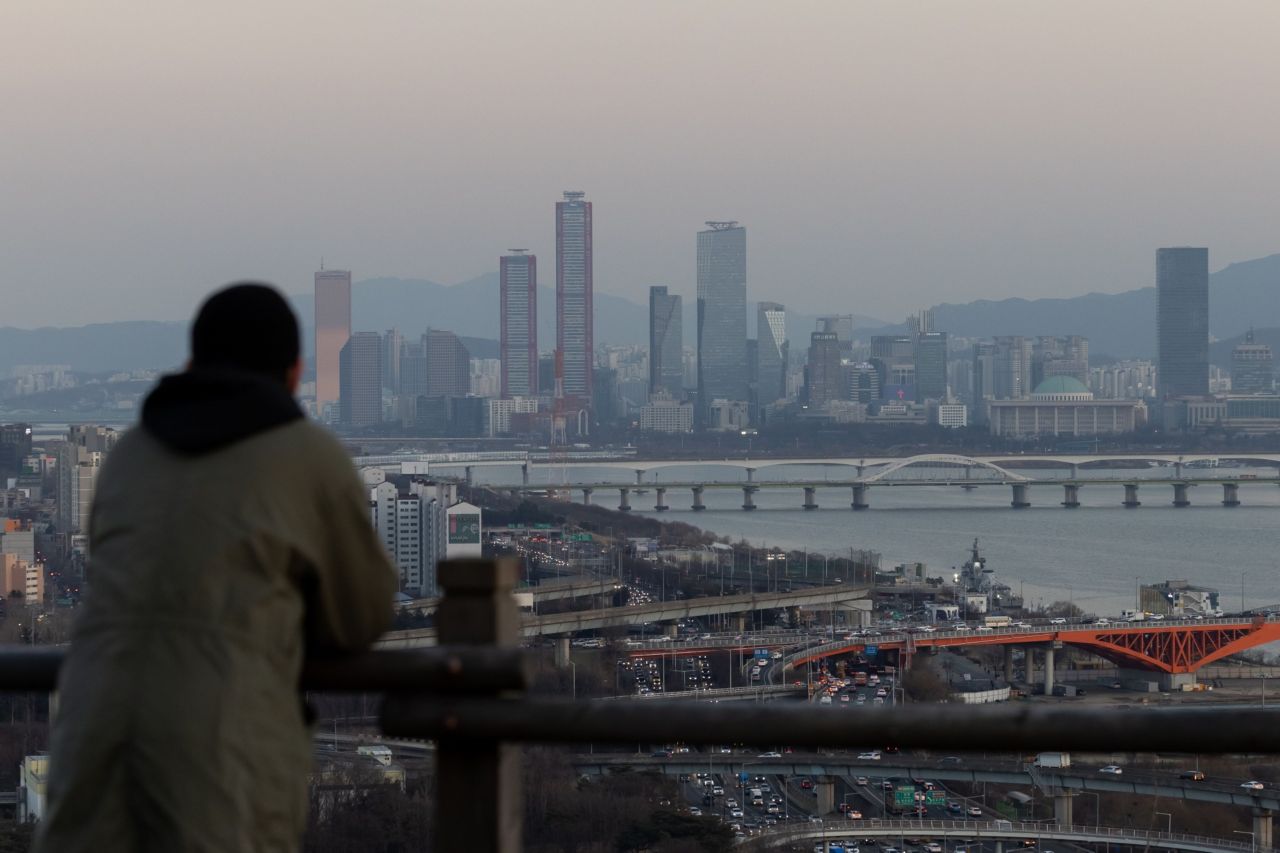 A view of the Yeouido financial district in Seoul (Bloomberg)
A majority of American businesses in South Korea were optimistic that investment here will continue over the next two years, and picked Korea as the second most preferred location for regional headquarters in Asia after Singapore, survey results showed on Thursday.

In an annual survey of member companies by the American Chamber of Commerce in Korea, 44 percent of the respondents said they will increase investment in Korea through 2024, while another 42.9 percent said there will be no change to their investment levels.

More than 80 companies responded to the survey between Feb. 24 and March 25, which was designed to gather opinions on the business environment here ahead of the inauguration of the new government and provide insight to make Korea a more attractive investment destination, AmCham Korea said.

As for the biggest difficulty for businesses in Korea, to which respondents could also choose two or more answers, labor policy (67.9 percent) topped the list, followed by tax policy (56 percent) and CEO liability (46.4 percent).

Slightly over half (51.2 percent) of the respondents said government policies had a negative impact on their business operations last year, while another 40.5 percent said the impact was neutral.

Only 3.6 percent said they had a positive impact.

Almost four out of five respondents expected to see moderate to significant change under the incoming government.

Two out of five companies said they did not meet their growth targets last year due to COVID-related supply chain problems, uncertain economic conditions and other relevant issues that hindered sales.

“AmCham is confident that President-elect Yoon Suk-yeol recognizes the value of creating a global investment environment to enhance South Korea’s competitiveness. We will work closely with his administration to make Korea the top business destination for global companies in Asia,“ AmCham chairman James Kim said.

AmCham plans to release later this month a Korea-US FTA implementation scorecard that examines the concerns and suggestions of the international business community in Korea in regard to the bilateral FTA.