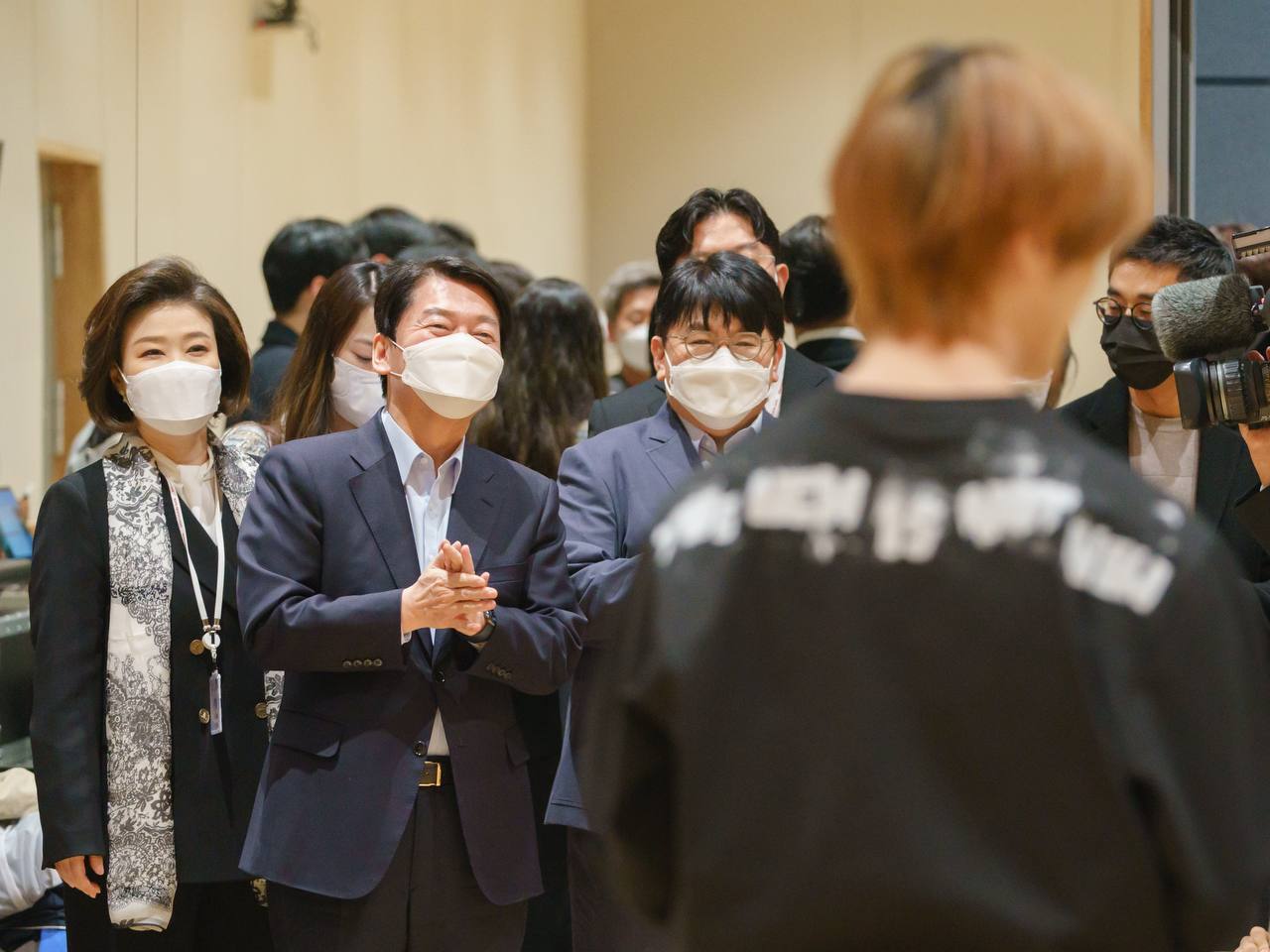 Bang Si-hyuk (right), founder and chairman of Hybe, the management agency of K-pop group BTS, speaks with Ahn Cheol-soo, the chairman of the President-elect Yoon Suk-yeol's transition team, at the company's office in Seoul on Saturday. (Pool photo) (Yonhap)
A performance by K-pop sensation BTS is not being planned for President-elect Yoon Suk-yeol’s inauguration ceremony next month, the presidential transition committee said Wednesday, denying an earlier remark by an ex-lawmaker involved in the ceremony preparation.

“We have made no proposal or contact with BTS’ agency in relation to the inaugural ceremony,” the public relations office of the transition committee said in a message to the media.

It added the remarks from the inauguration preparation committee reported by the media “are not the official position of the transition committee.”

In a follow-up message, the office further added the inaugural ceremony committee did “review presenting a BTS invitation show during discussions” but said the matter was not confirmed.

The office said details of the inauguration ceremony remained under discussion and the committee plans to announce it as soon as they are confirmed.

Park’s comment sparked protest from some BTS fans who called for the committee “not to use BTS for political purposes.” (Yonhap)