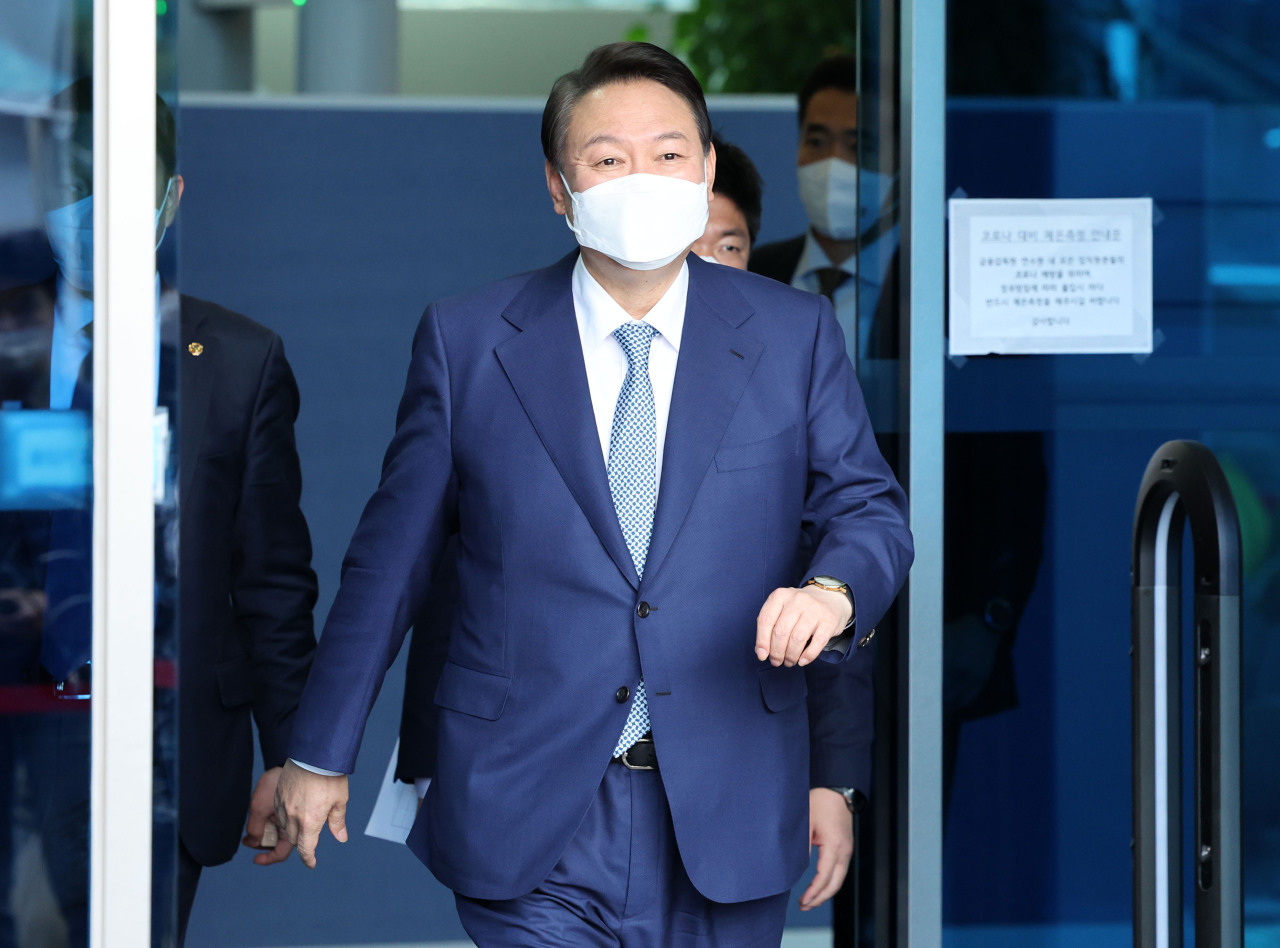 “The supply bottlenecks are getting worse because geopolitical unrest is taking place worldwide and supply chains are held hostage. Demand for raw materials is growing since more electric vehicles and renewable energy are using them,” Kim Gi-heung, deputy spokesperson of the committee, said at a press briefing.

The International Energy Agency, a Paris-based group dealing with the global energy system, said demand for lithium, cobalt and nickel in 2040 will be, respectively, 42 times, 21 times and 19 times that of 2020.

Given the situation, the Yoon government, which starts work on May 10, will create an “ecosystem” where it would support the private sector to compete in the global race for raw materials, the deputy spokesperson said, adding support includes tax breaks and funding for R&D.

Companies to receive such state support would, however, have to maintain emergency reserves for the government by law. The transition committee would soon roll out a new legal framework to clarify boundaries between the private sector and government.

The shift in raw material strategy is seen as backpedaling on South Korea’s state-driven approach to securing raw materials, which backfired under the Lee Myung-bak administration, between 2008 and 2013.

The incumbent Moon Jae-in government had to liquidate debt-ridden overseas mine projects that state-run companies had overseen beginning under former President Lee, having so far sold 11 out of 26 mines, suffering losses.

Two out of the remaining 15 are expected to run as previously as the two mines, one in Madagascar and the other in Panama, produce cobalt and nickel, essential items for chips, smartphones and electric vehicle batteries, all of which make up the country’s key exports.

“Economic considerations should be factored in deciding which to let go, but security concerns are more important,” Kim said.

While Kim did not present concrete steps on how the Yoon government would go about making sure both economic and security concerns are addressed as private companies take charge of the raw material drive, many expect the conservative president to restructure underperforming state firms.

Last year, the Moon government consolidated debt-ridden state companies and launched Korea Mine Rehabilitation and Mineral Resources Corp. The new mining firm was banned from making direct foreign investments because that had all added irreparable losses. Its role was reduced to supporting private companies.

“Helping out private companies get loans is one way,” an official with knowledge of the matter said, adding that state firms would not see a broader mandate to run their businesses overseas because of their poor track record.

As of 2020, Korea Mine Rehabilitation and Mineral Resources Corp. has reported debt amounting to 6.75 trillion won ($5.54 billion), double its total assets valued at around 3 trillion won.