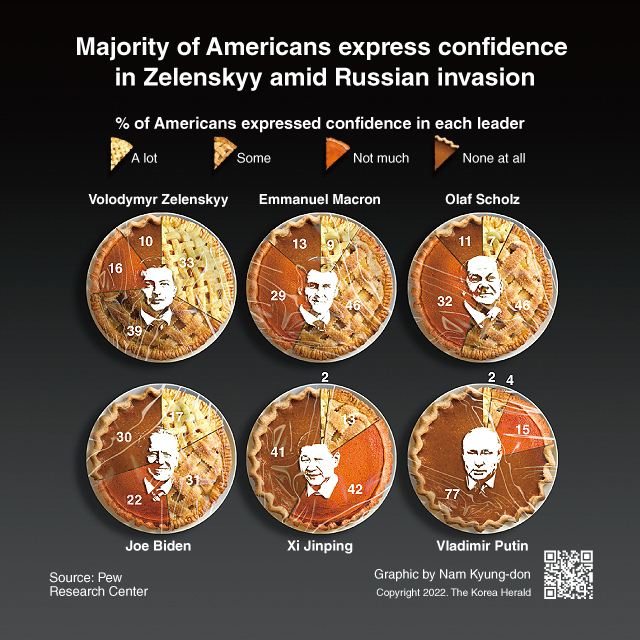 Ukrainian President Volodymyr Zelenskyy has drawn positive ratings from Americans for his handling of international affairs after Russia invaded his country last month, according to a survey released March 30.

Americans aged 65 and older were the most confident in Zelenskyy, with 49 percent expressing a lot of confidence in Zelenskyy compared to 28 percent of adults under 30.

Respondents who leaned Democrat were more likely than those who lean Republican to express confidence in Zelenskyy, with 80 percent of Democrats saying they had some or a lot of confidence in the Ukrainian leader compared to 67 percent of Republicans. (UPI)