[ The Korea Herald – Send E-mail ]
New theme parks, thrill rides debut in Korea
By Korea Herald
Published : Apr 5, 2022 - 10:32
Updated : Apr 5, 2022 - 10:34
Just in time for spring and the downward slope of the omicron variant peak, two new theme parks opened in South Korea offering a bunch of new thrill rides and attractions. One in Busan is a Lotte World franchise and the other in Chuncheon, a city in the mountainous Gangwon Province, is part of the global Legoland chain.
Here’s a quick look at the new amusement parks and their most anticipated attractions.

Lotte World Magic Forest opened to the public on March 31 in the country’s second-largest city Busan. It is the second recreation complex built by conglomerate Lotte after Lotte World in Seoul, the world’s largest indoor theme park established in 1989.
Unlike the first, Lotte World Magic Forest is an outdoor amusement park consisting of six theme zones and 17 rides. Each zone is designed with unique landscaping, parades, performances, and attractions in a fairytale kingdom ruled by Queen Lorry, Lotte’s signature character.

A vehicle carrying up to 40 people rotates rapidly counterclockwise and goes up and down, with a maximum ascent angle of 120 degrees. The ocean view of Gijang can be seen when the ride reaches the highest point.

Giant Digger is a launch-type roller coaster that accelerates right from the start and was introduced for the first time in Korea. With a maximum speed of 105 kph, it can run about 1 km on a track at high speed, with a 360-degree rotation section.


Legoland Korea Resort will welcome families with children aged between 2 and 12 with the grand opening on May 5, Children’s Day in Korea. An amusement park with over 40 Lego-themed rides and a hotel were built on the 280,000-square-meter site.
Kids can get their own Legoland driver’s license at Driving School and visit cities built out of millions of Lego bricks in Miniland. 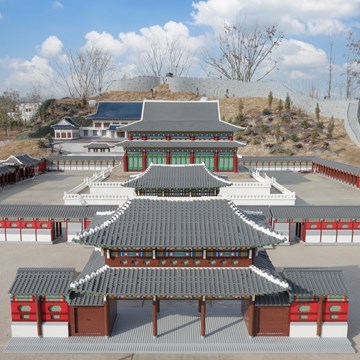 Some 100 Lego masters spent three months creating Korea’s cities and tourist destinations with Lego bricks. Over 7 million Lego pieces were used to reproduce landmarks including Gyeongbokgung and the National Assembly. 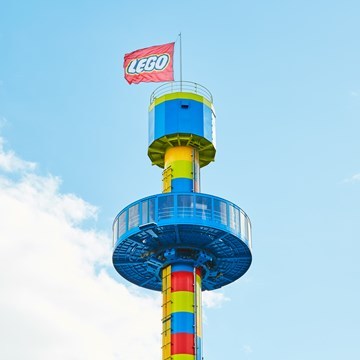 Riders of this observation tower can enjoy the view of the Legoland park, downtown Chuncheon, and Uiam Lake from a height of about 43 meters.
Legoland Lookout slowly ascends toward the peak while turning round and round. There are no restrictions on boarding from children to adults, so the whole family can enjoy it together. 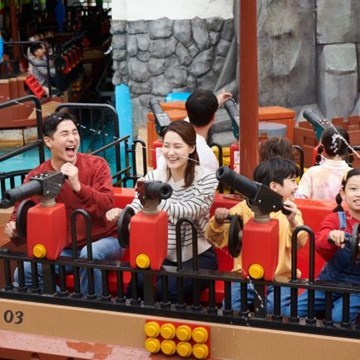 On ship-themed rafts, riders get behind their own water cannon as they navigate through pirate-infested waters and take their best watery shot at spectators and other riders.


Tickets: The price of a one-day admission ticket starts from 50,000 won for adults and 40,000 won for children