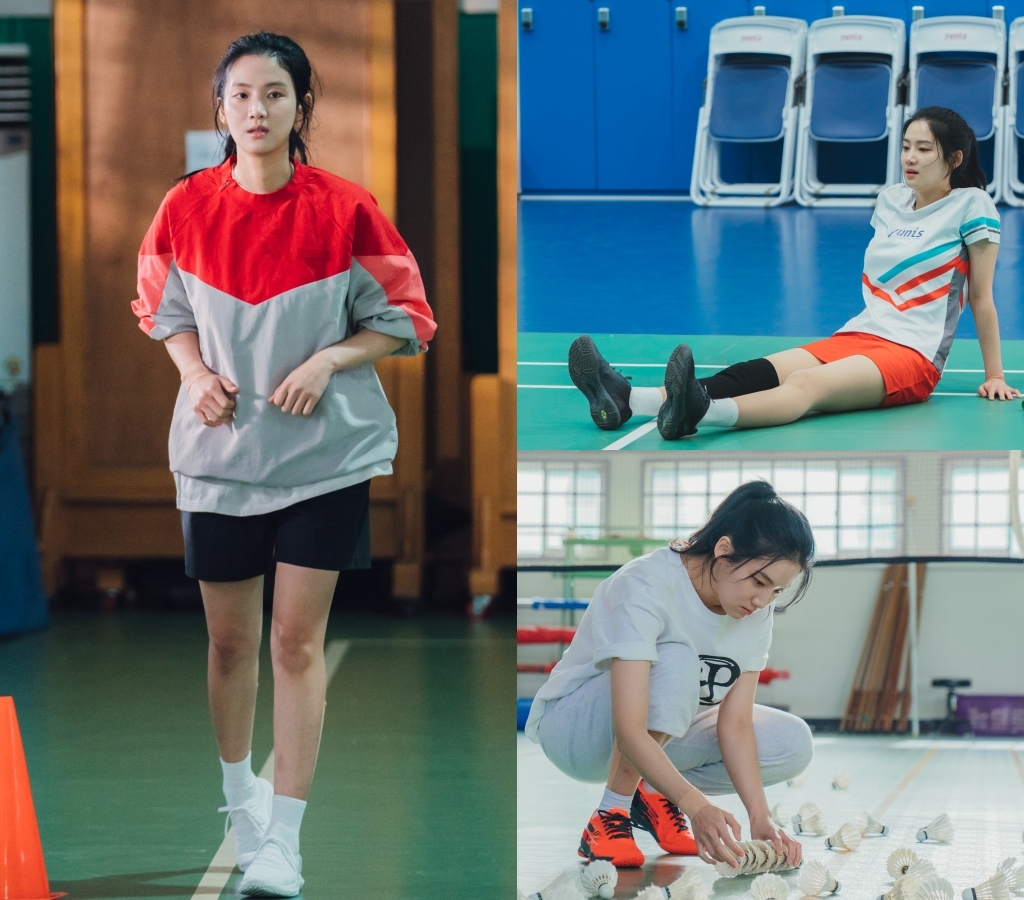 Actor Park Ju-hyun takes the role of badminton player Park Tae-yang in “Love All Play” (Blitzway Studio)
The 16-part sports romance centers around a renowned badminton player, who was nicknamed “queen of smash shot” before her retirement three years ago, returning to the badminton court. The series presents the story of how she overcomes numerous challenges to become a genuine athlete.

Meanwhile, it was announced earlier this month that ”Squid Game” and “All of Us Are Dead” mega star Lee, 27, would be playing her first female lead in the upcoming tvN series “Mental Coach Jegal Gil.”

Performing the role of a former world short track medalist Cha Ga-eul, Lee presents the story of the athlete, who was once a sports prospect, fighting through a deep slump.

“Love All Play” will premiere at 9:50 p.m., April 20, on KBS while “Mental Coach Jegal Gil” is set to air on cable channel tvN in the second half of this year.