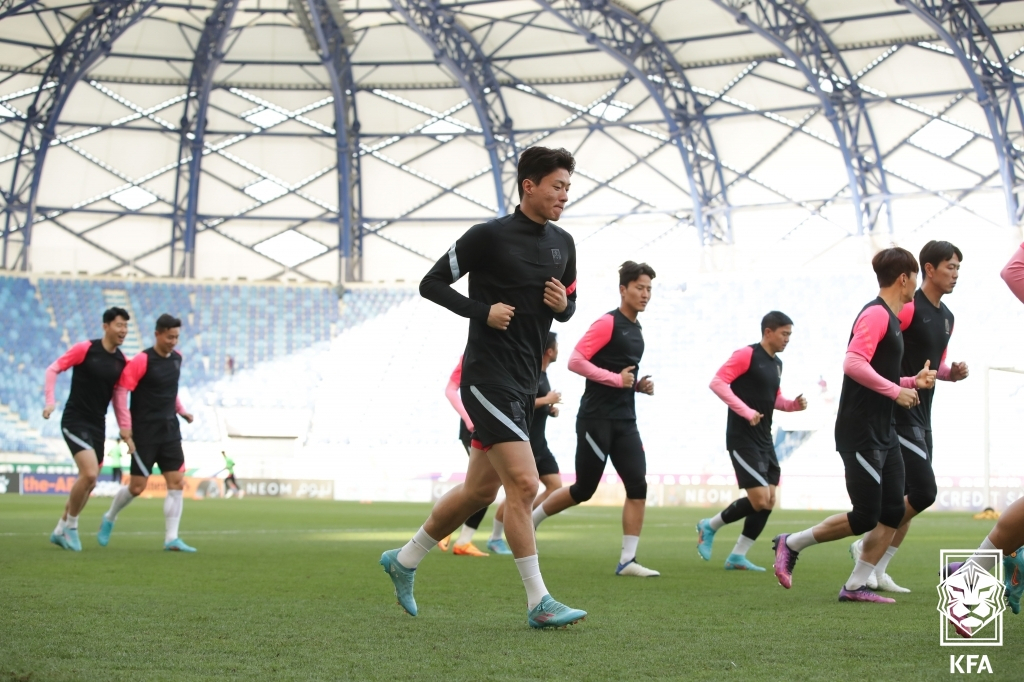 Even with South Korea having already secured their place in this year's FIFA World Cup, head coach Paulo Bento feels his team's final qualifier against the United Arab Emirates (UAE) will still be "a very important game."

South Korea will enter Tuesday's match against the UAE as the top seed in Group A of the final Asian World Cup qualification round. And wanting to see his team finish in that exact same spot, Bento said he won't give equal playing time to everyone just because some players have been on the field less than others.

"We will choose the best starting XI in order to achieve our goal: that is to close the qualifier in the best possible way and reach the three points," Bento said in his prematch press conference at Al Maktoum Stadium in Dubai on Monday afternoon. The Korea Football Association (KFA) released the video clip Tuesday morning.

"For us, it's a very important game because, in my opinion, just winning this game will keep us in the first place in the group," Bento added. "What we're going to do is to choose the best starting XI to compete as well as possible."

South Korea climbed to the top of the group by beating Iran 2-0 at home last Thursday. South Korea now have 23 points, while Iran trail them by one point, with Tuesday being the final matchday in the group. Iran will face Lebanon.

"In the last game, we went through Iran, and we achieved the first position. And now, we'd like, of course, to stay in the position at the end of this phase," Bento said. "That's something that hasn't happened for a long time. We're motivated and focused for (Tuesday's) game."

South Korea defeated the UAE 1-0 at home in their previous meeting in November. Bento said the key this time is for his players to recover "as fast and as well as possible" after their match Thursday, which was followed by a long trip to Dubai with little time for rest in between.

Also at the press conference, Bento's regular center back, Kim Young-gwon, stuck to his coach's mantra that South Korea will not let their guard down.

"Even though we have already qualified for the World Cup, we're a team that always does the best in every game," Kim said. "Since we won't have that much pressure on our shoulders, I think we should be able to play with confidence. We all understand what we have to do." (Yonhap)