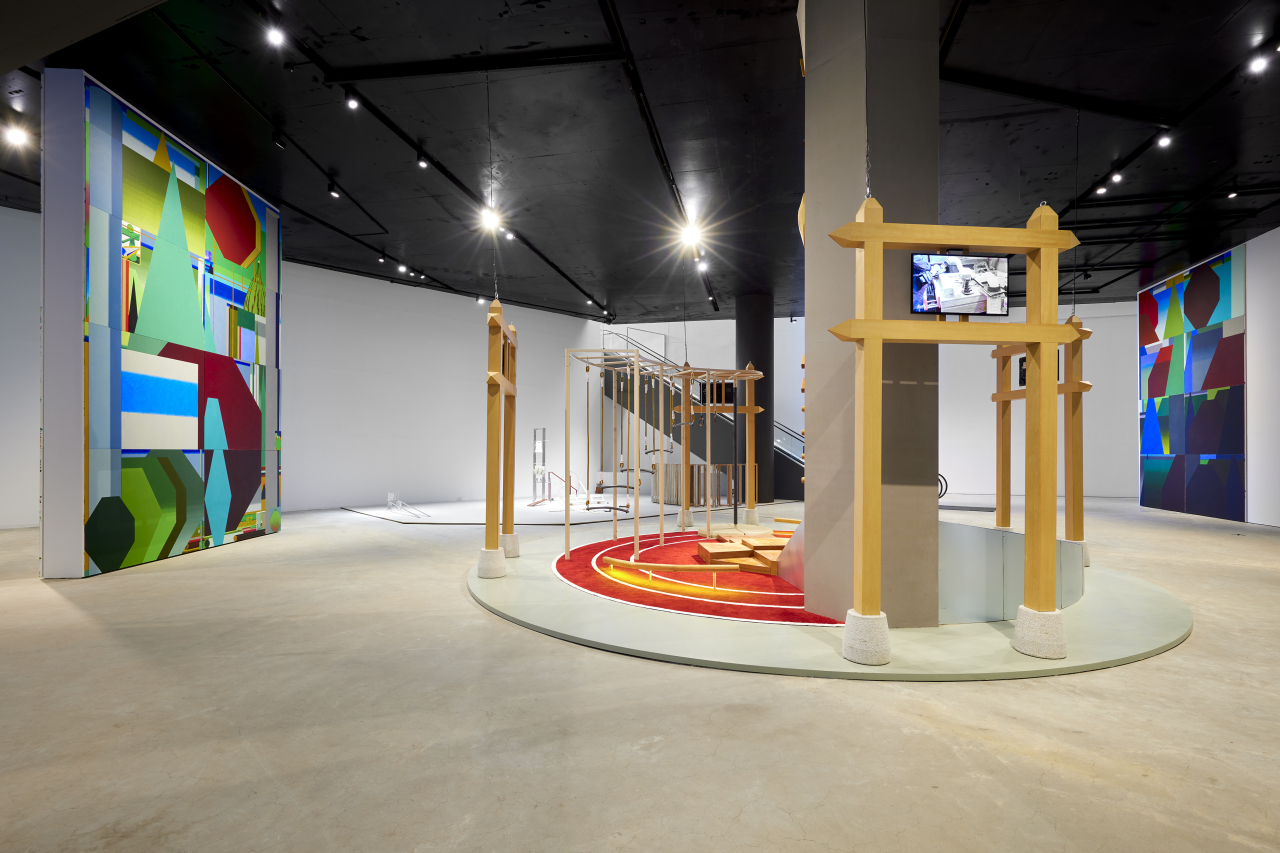 Visitors will notice a metal and glass door -- widely used in Korea well into the 1980s -- in the middle of the exhibition hall. Titled “When One’s Home Is Happy, All Goes Well,” participatory artist Park Seong-jun offers a space where one can personally experience the era of authoritarian rule in the 1980s.

You may pull the door out of curiosity. Once you step inside, you will encounter an old-fashioned tube television, a flower-embroidered folding screen, a wooden chair used at school and a military ashtray. Walking around, you will hear words that suppress the people and colorful lights that appear as if they were lightning.

The biannual exhibition was inaugurated in 2001 with the aim of introducing young Korean artists to the international stage, but was suspended after the last exhibition in 2016. The museum stopped holding new exhibitions following the departure of Hong Ra-hee, wife of the late Samsung Chairman Lee Kun-hee, as director in March 2017 after 13 years. The museum, run by the Samsung Foundation of Culture, resumed normal operations last October.

“The young artists’ works erase the boundaries between art producers and recipients, enabling anyone to become a creator or an artist. They know how to create new artistic relationships while collaborating with their fellow artists and the audience,” Koo Kyung-hwa, a Leeum senior curator, told The Korea Herald.

“The exhibition has been the gateway for the many Korean artists who are internationally renowned today,” Koo said. 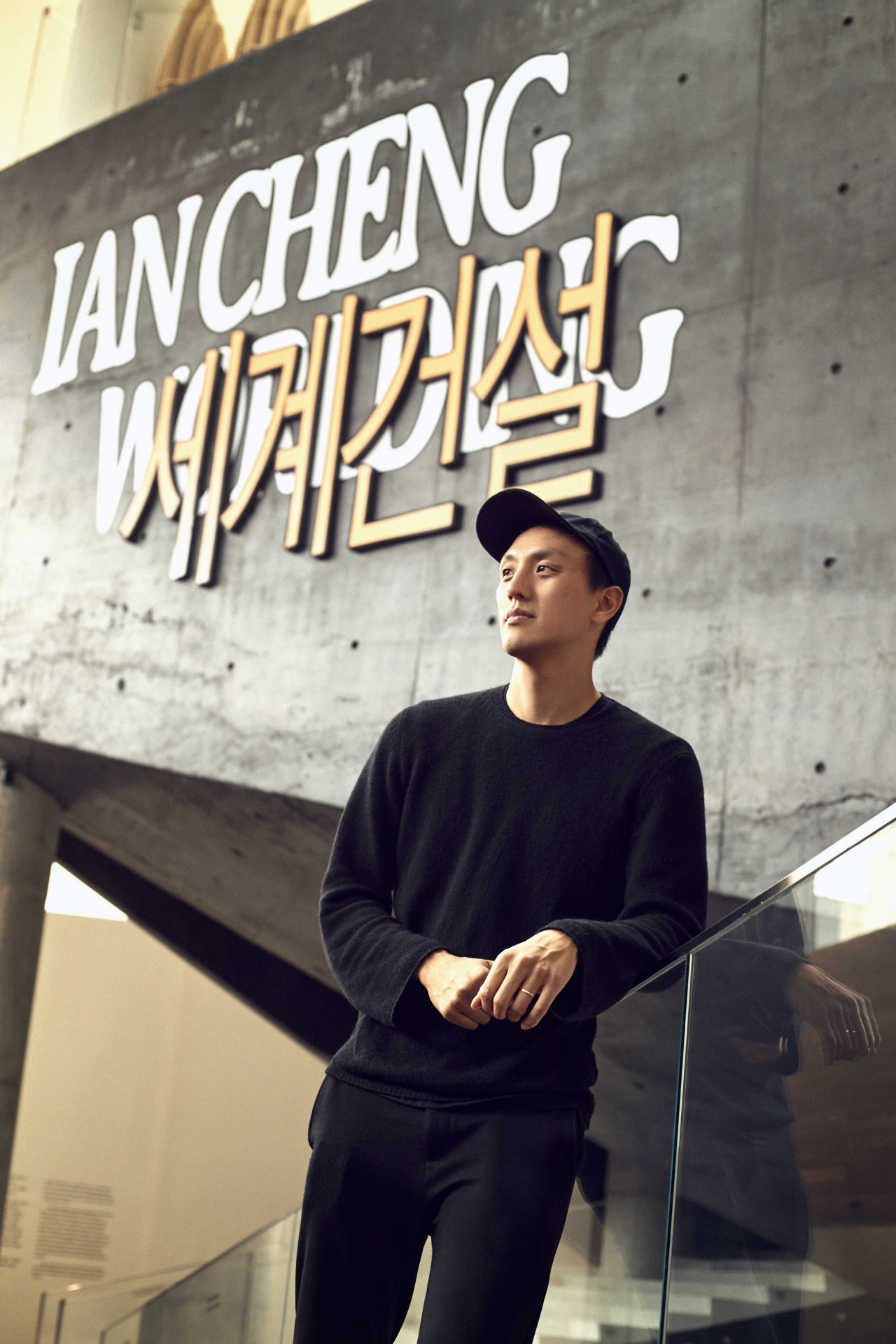 Another exhibition, “Ian Cheng: Worlding” is the first solo exhibition of the American artist in Asia, who is globally renowned for works that explore virtual ecosystems built with artificial intelligence and game engines.

Born in 1984, Cheng is one among a group of quickly emerging young artists pioneering the AI sphere using game engines. “We reached out to the artist to collaborate together,” Lee Gina, a Leeum curator, told The Korea Herald.

Cheng’s latest work on exhibition is “Life After BOB: The Chalice Study,” which tells the story of Chalice Wong, a 10-year-old girl with an AI “BOB” neural implant. The work reveals the artist’s imagining of a future in which humans and artificial intelligence coexist. The piece was commissioned by the museum.

Cheng’s works have been exhibited at venues such as MoMA PS1 and the Venice Biennale. The Leeum Museum of Art is showing five works by the artist, including “Life After BOB: The Chalice Study,” the Emissaries trilogy and “BOB (Bag of Beliefs).”

In BOB, an artificial creature that resembles a snake explores the inner workings of human consciousness. Just as every person has different sides and traits that can appear in a given situation, BOB consists of multiple artificial intelligences with various motives. Using the customized app, audience members are invited and encouraged to help form BOB’s personality and beliefs.

“Cheng is the youngest artist to have a solo exhibition at the museum. He is not widely known across Asia yet. Leeum is taking the lead to showcase his works extensively for the first time. The artist has a lot of potential, whose works can expand to the metaverse and NFT platform,” Lee said.

“Artspectrum2022” and “Ian Cheng: Worlding” will run through July 3. Online reservation is required in advance to enter the museum.