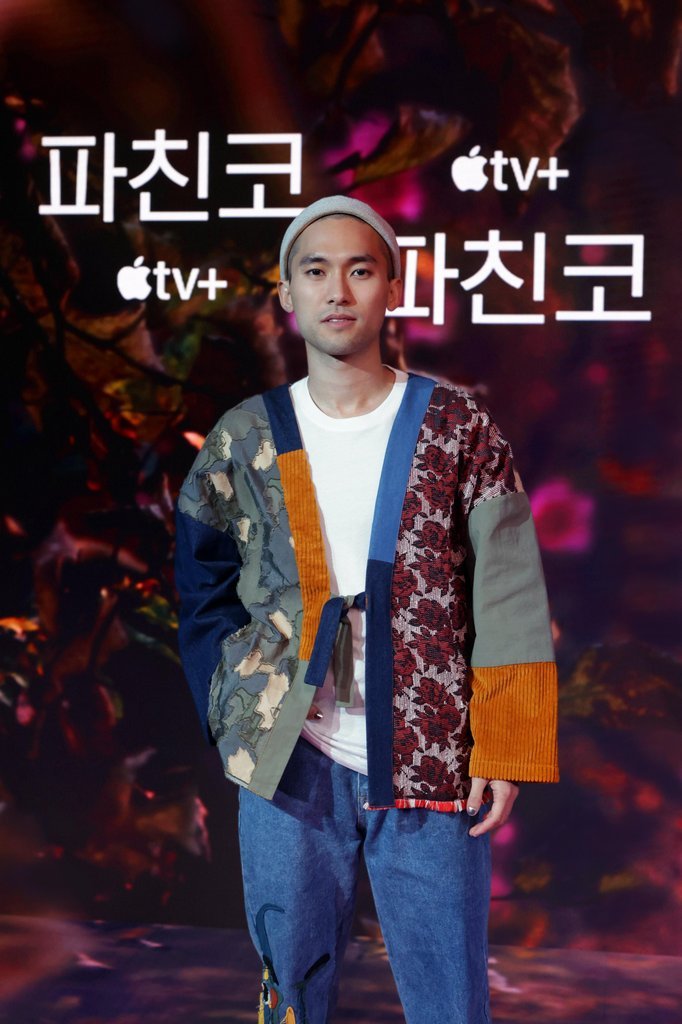 The apology came after online criticism of the actor for posting over 90 “creep shots” of the women that were taken in public without permission on his “Korean Flowers in Bloom” account on the US-based microblogging website from July 2010 to September 2011.

“Thank you for this opportunity to address a failing in my past that was long overdue,” Ha said in an apology statement on his website. “You are absolutely right. My ‘Korean Flowers in Bloom’ Tumblr account from 2011 should not have been made at all. It was a breach of privacy for the elder women featured, and many of my captions were inappropriate. I deeply regret my actions, and I apologize for them.”

The captions included many sexually harassing remarks that he wrote along with the photos, which added fuel to the fire of angry backlash from online Korean commenters.

An image of an old woman lying on a chair, Ha wrote, “Working with such a provocative model, I found it hard to keep myself and my concupiscence under control.”

Ha also wrote, “Now we have an excuse to stare directly at her right nipple,” along with an elderly woman’s photo taken from below.

He added that the account has since been deleted.

“I sincerely apologize to the senior women whom I photographed. I apologize, as well, to the viewers whom I offended with this Tumblr account,” he added. “I will work diligently to learn from this mistake so that I may never repeat it going forward.” 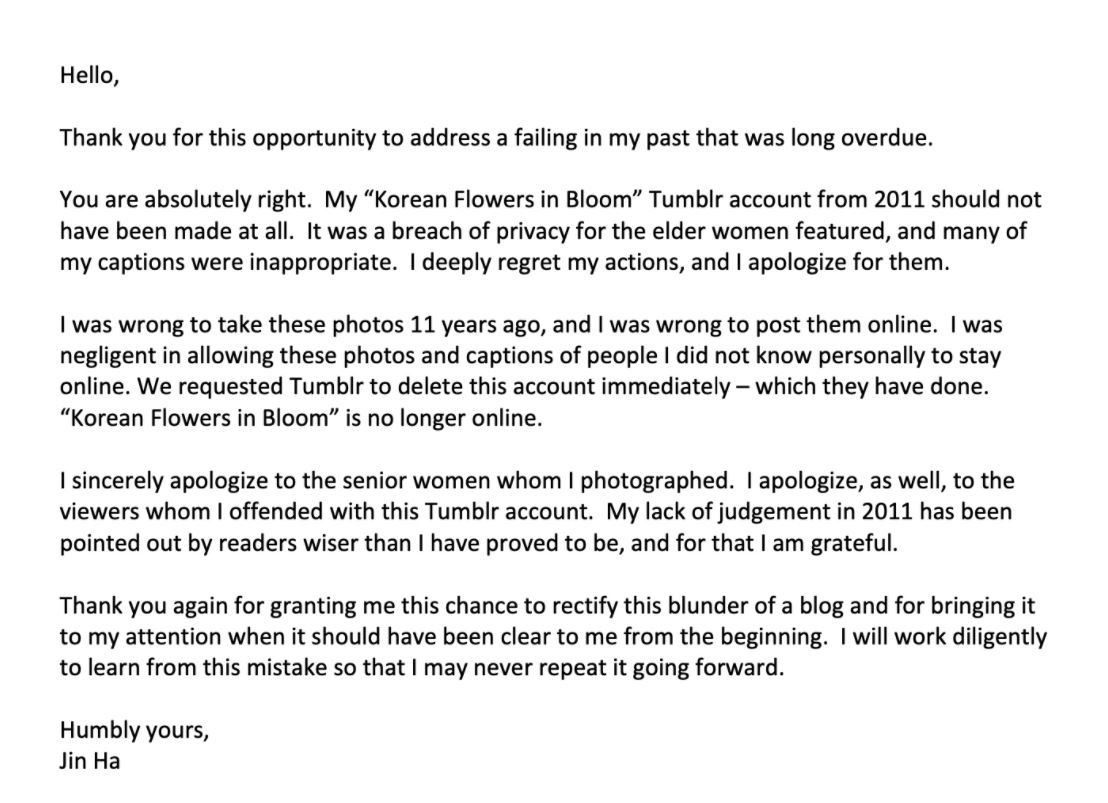 A screenshot of actor Jin Ha’s apology statement on his website (Jin Ha’s website)
Based on the eponymous novel by Korean American author Lee Min-jin, “Pachinko” chronicles the hopes and dreams of a Korean immigrant family across four generations. The show centers around the life of Sunja, a woman born to a poor family in Busan in the early 1900s who had to move to Japan during the Japanese colonial period.

The streaming platform operator also released the first episode on its YouTube channel, which had garnered over 4 million views as of Sunday.