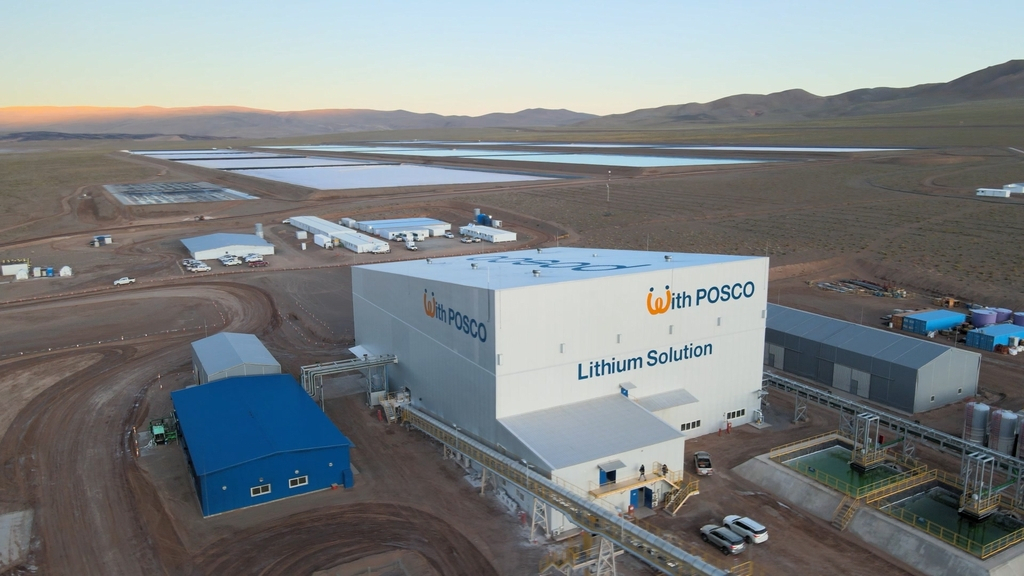 This photo, provided by Posco on Friday, shows its lithium plant and brine water storage facility in northern Argentina. (Yonhap)

Posco Chemical Co., a unit under South Korean steel giant Posco, said Friday it expects to be able to secure more than 90,000 tons of lithium through in-house supply, backed by the parent firm's aggressive investment in the key material for rechargeable batteries.

By 2024, Posco Chemical will procure from Posco Group all 91,000 tons of lithium it needs to make 225,000 tons of cathode materials annually, the chemical company said. Its self-sufficiency rate is forecast to reach 102 percent, it said.

The outlook came after Posco announced $4 billion investment in a new lithium mining project in northern Argentina. Posco expects to produce about 25,000 tons of lithium hydroxide, eyeing to increase the production to up to 100,000 tons a year in the coming years.

Lithium hydroxide is a key material for cathodes used in high-performance electric vehicle batteries, which are rich in nickel. (Yonhap)