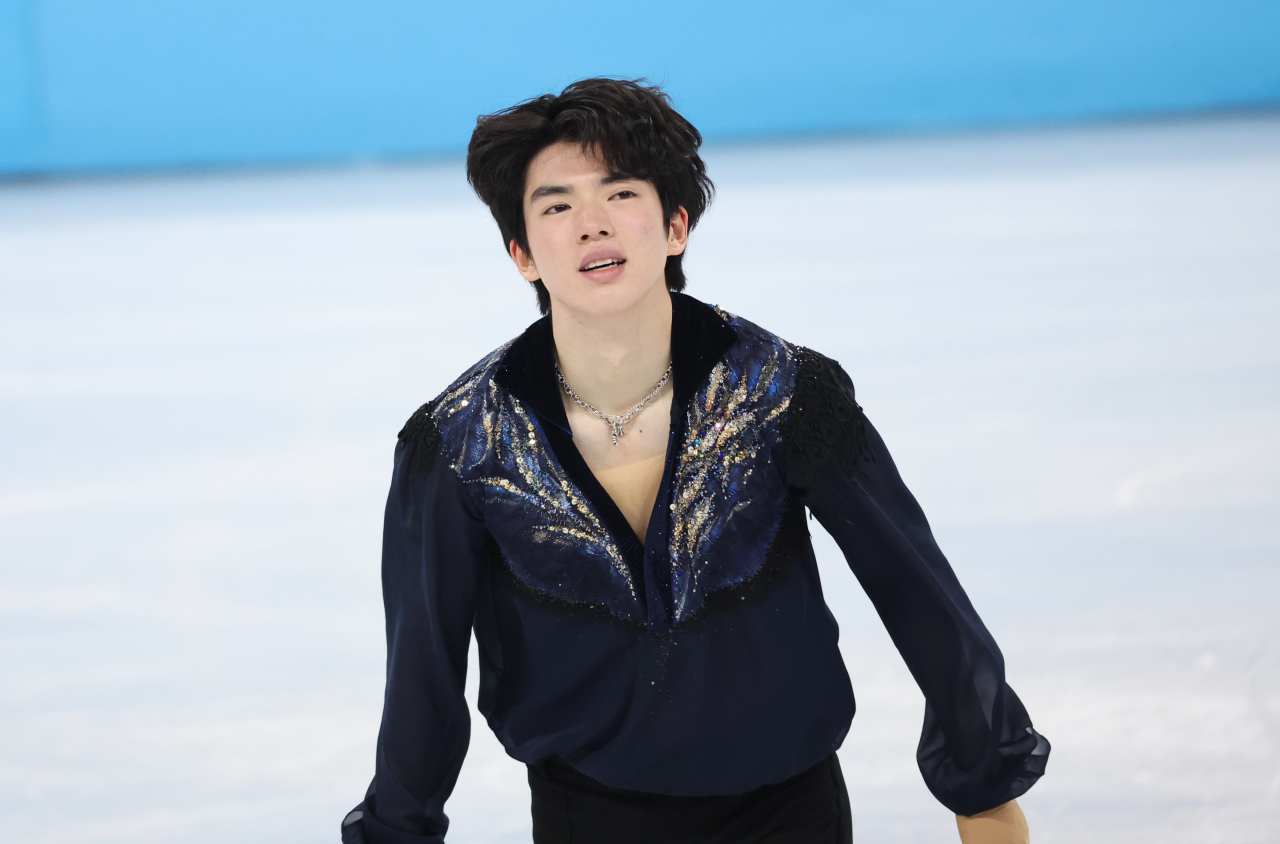 Cha Jun-hwan of South Korea performs his free skate in the men's singles figure skating competition at the Beijing Winter Olympics at Capital Indoor Stadium in Beijing on Feb. 3. (Yonhap)

Cha Jun-hwan's dreams of winning his first world championships medal went up in smoke on his first day of competition in France.

The South Korean found himself well out of contention in 17th place after earning only 82.43 points in a mistake-filled short program at the International Skating Union (ISU) World Figure Skating Championships in Montpellier, France, on Thursday (local time). The 20-year-old fell more than 17 points shy of his personal best set at the Beijing Winter Olympics in February and sits nearly 30 points back of the third-place Kazuki Tomono ahead of Saturday's free skate.

Improving on his personal high of 10th place, accomplished at last year's competition, also appears to be a tall task. Adam Siao Him Fa of France is currently in 10th with 90.97 points.

Cha finished fifth at the Beijing Winter Olympics last month, the best Olympic performance by a South Korean figure skater not named Kim Yu-na, the 2010 women's singles champion and 2014 silver medalist. Cha did so with personal-best scores in the short program (99.51), free skate (182.87) and combined total (282.38). And with two of the best in men's figure skating not competing in France -- the reigning Olympic champion Nathan Chen and the two-time gold medalist Yuzuru Hanyu both withdrew, citing injuries -- Cha had been expected to contend for a medal in Montpellier.

However, Cha wasn't even the top South Korean after the short program at Sud de France Arena. Fellow Olympian Lee Si-hyeong, who hadn't qualified for the free skate in Beijing, scored a personal-best 86.35 points to rank 13th in France.

Cha had an ominous start to his program, as he fell on the opening quadruple salchow jump. He bounced back with a clean triple lutz-triple toe loop combination, but later in the program, he had a wobbly landing on a triple axel.