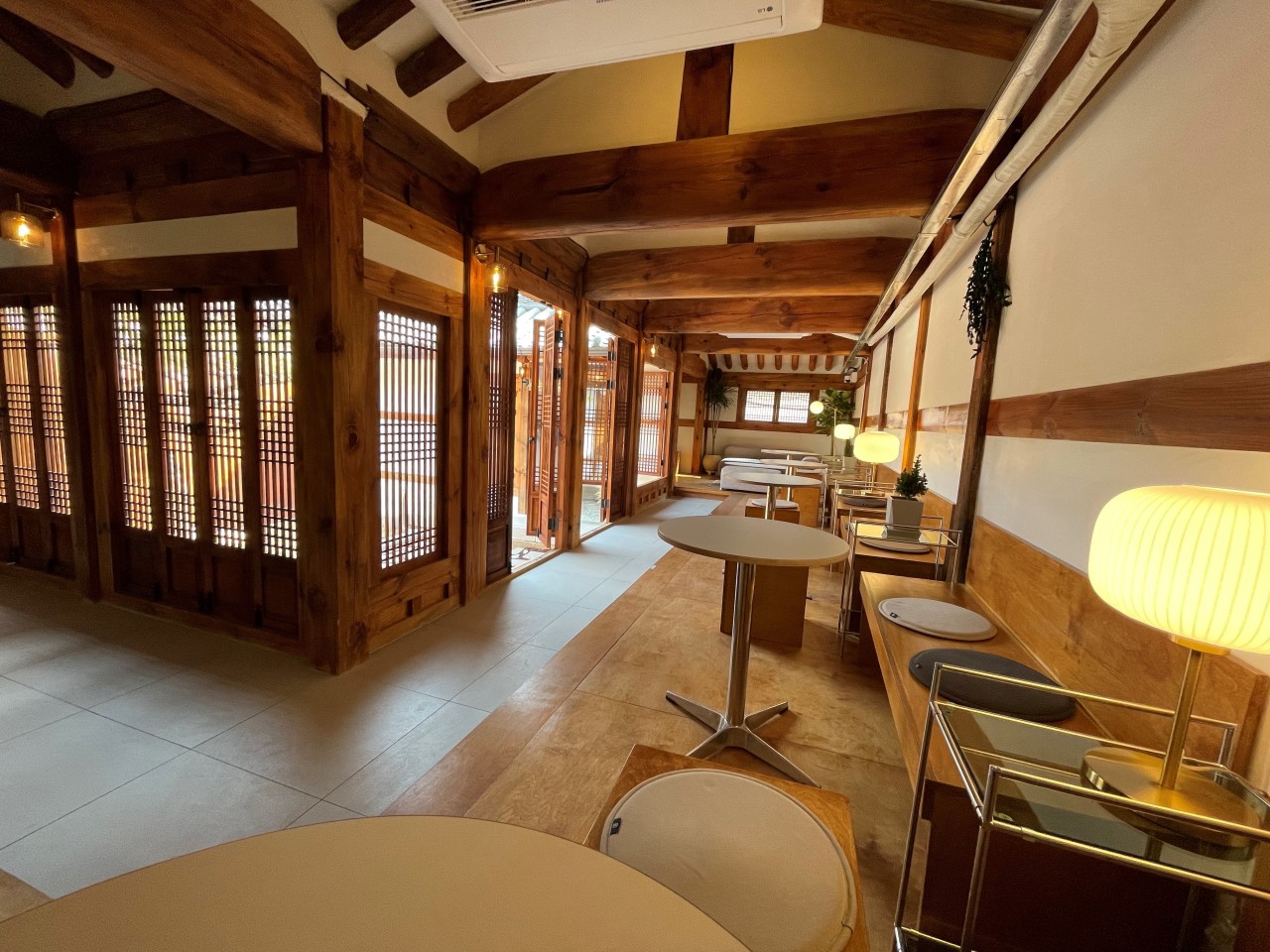 About a five-minute walk from Jongno 3-ga Station in Seoul is a new bakery shop that resembles a hanok, a traditional Korean house, which makes it hard to miss.

A cute sign of the bakery’s mascot squirrel holding a pine cone welcomes customers, and they pass by an open kitchen located up front to the bakery. 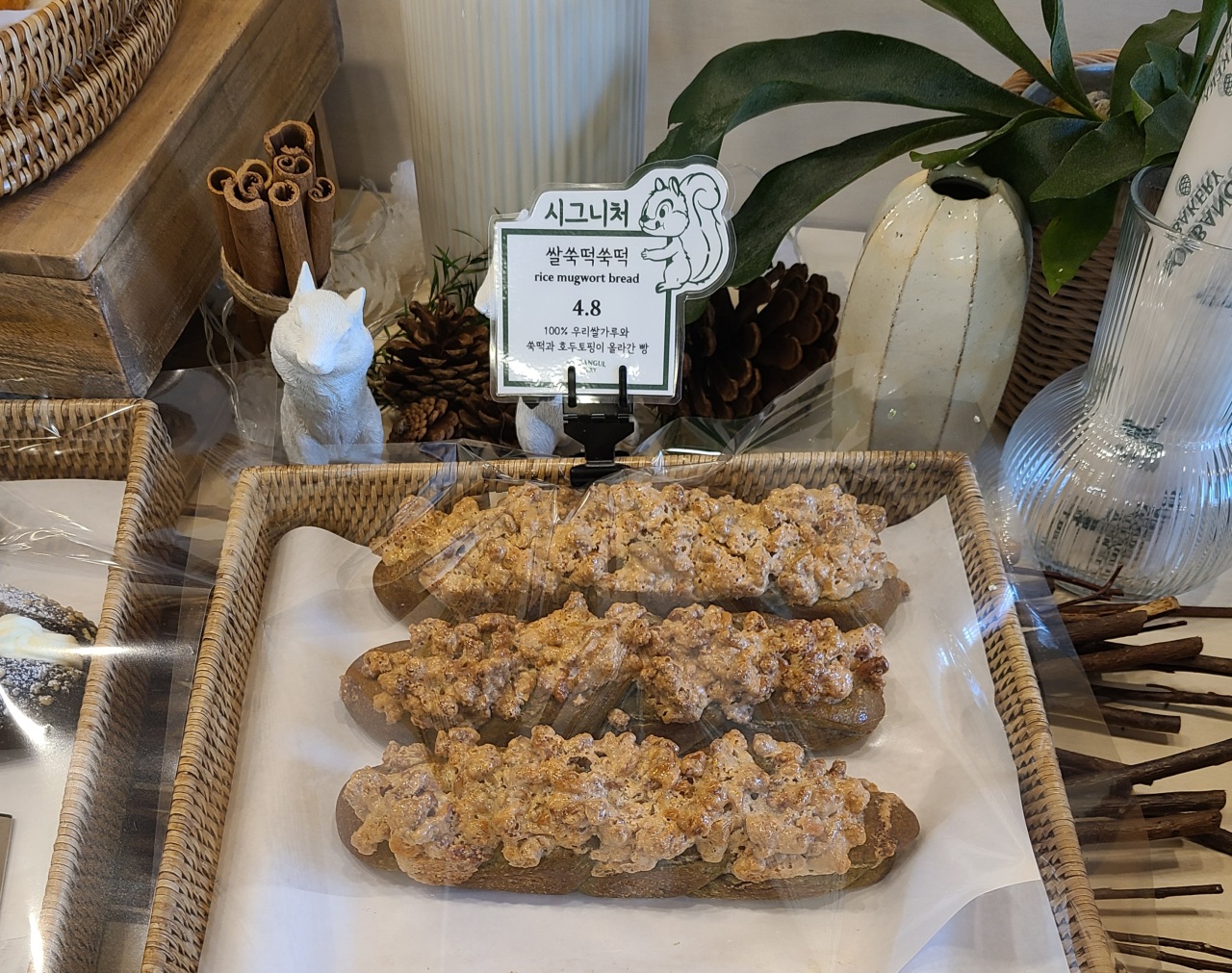 According to the store staff, the bread slices are freshly baked out of the oven when the store opens in the morning.

The bakery is decorated with both modern furniture and Korean traditional items such as white porcelain.

The hanok-themed bakery shop also has a small outdoor garden, where a pine tree is planted. The shop’s customers can indulge in the food while enjoying the view of the garden. This garden is also a great spot to take photos. 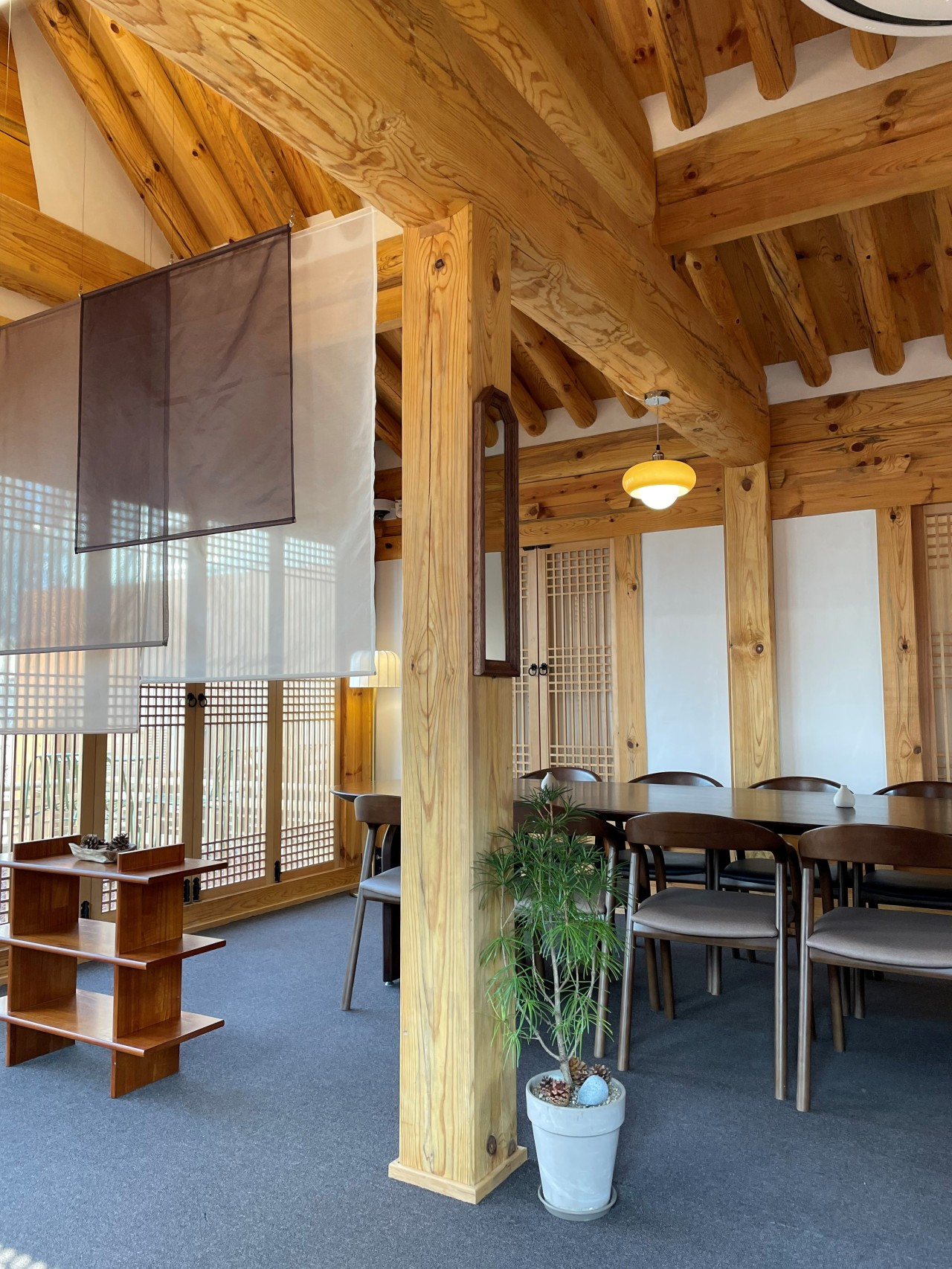 Second floor of Solbangul Bakery is decorated with traditional Korean items. (Solbangul Bakery)
On the second floor, there is a terrace where people can enjoy the weather outdoors while sipping on a cup of coffee.

Also, customers can also opt to book a private room with a low table where you can sit cross-legged on a cushion on the floor, according to Solbangul Bakery.

It will start taking reservations on portal platform Naver soon, the bakery said. 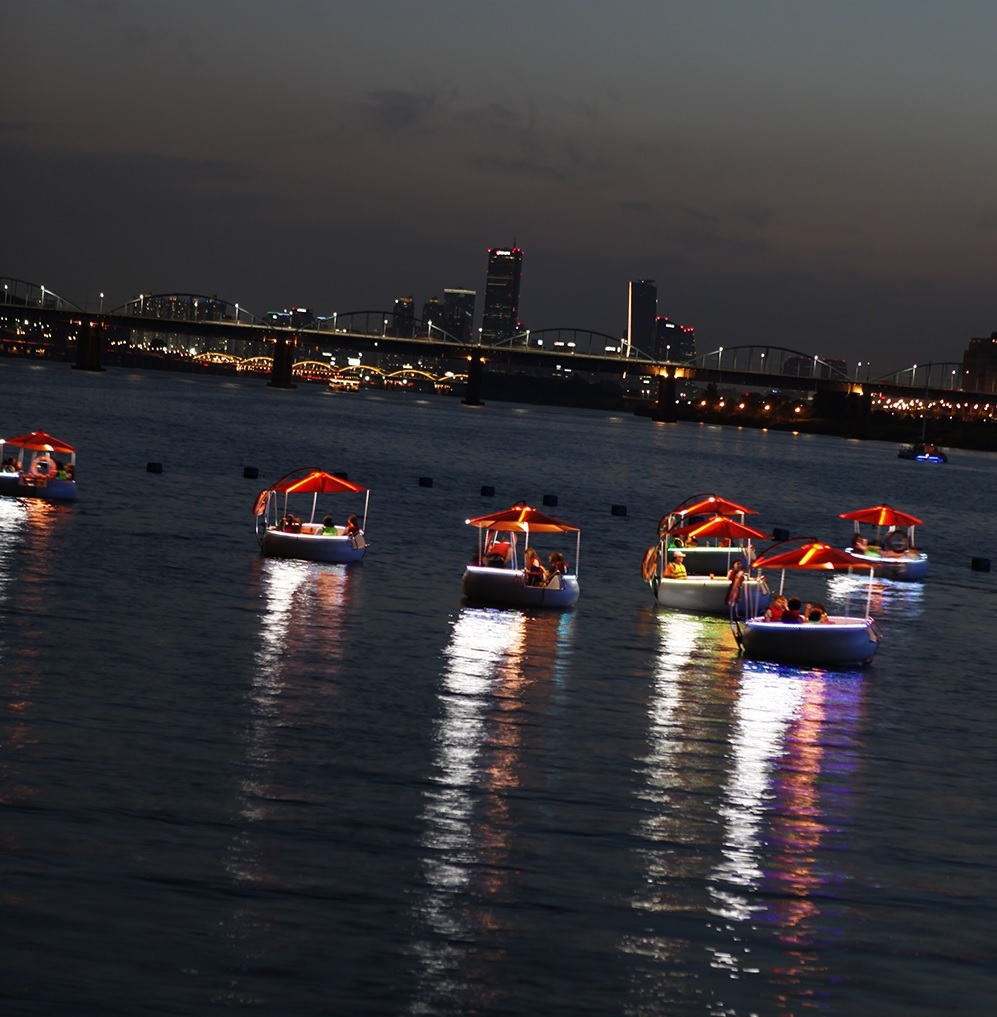 Enjoy a picnic on the water with Tubester, a company that rents out tube boats, at Banpo Hangang Park.

Take your time to enjoy the beautiful night view and vivid colors that cast fascinating reflections on the Han River this coming weekend.

Instead of watching the view from a park bench or while driving along the river, enjoy the eye-pleasing sights on the tube-style boat with your lover, friends and family.

Located at Banpo-dong in Seocho-gu, southern Seoul, Banpo Hangang Park is a favorite haunt for cyclists, joggers and couples on dates.

But Tubester is what makes the park more special when the sun goes down and evening approaches. 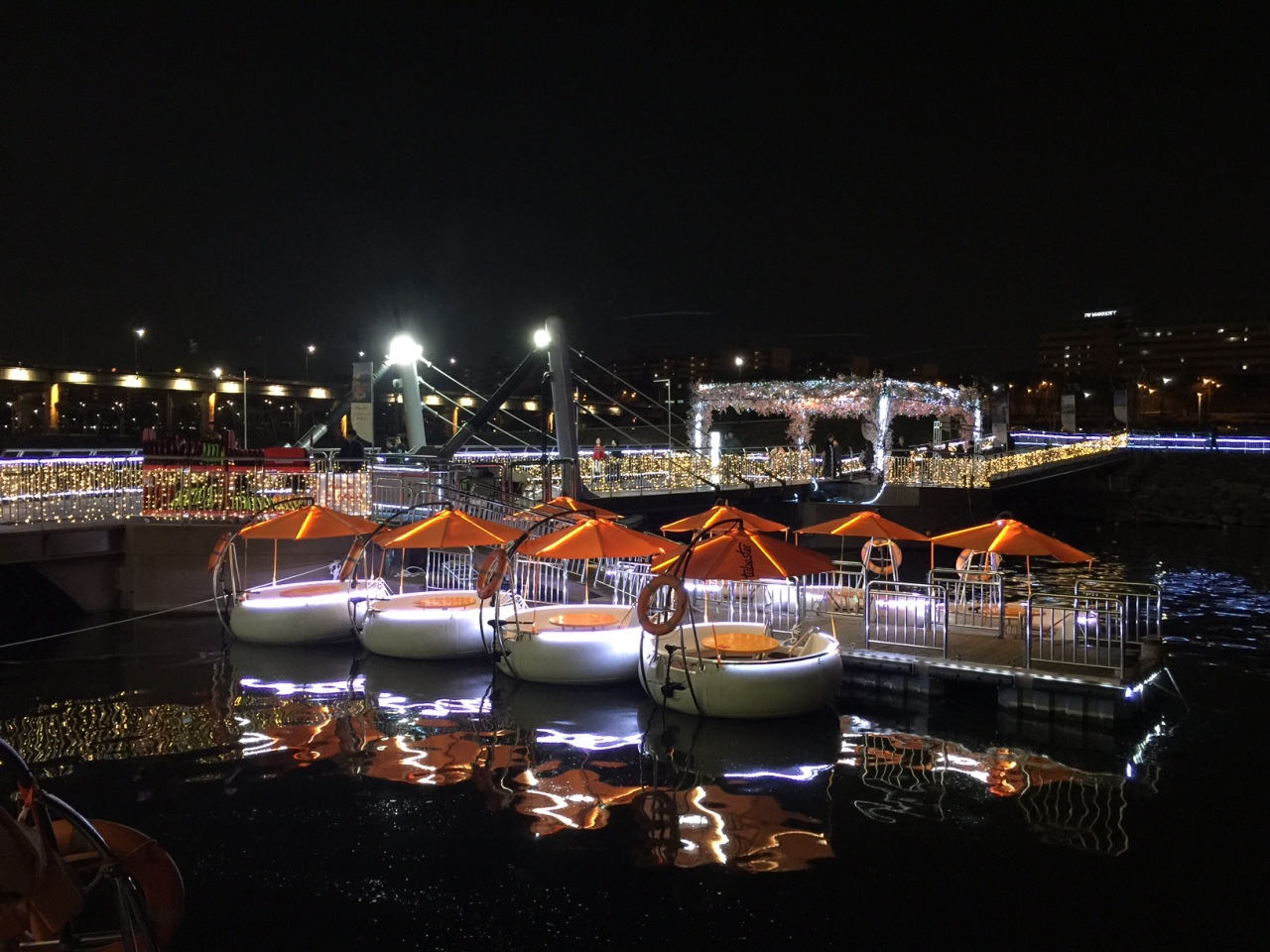 Tubester boats float on the Han River off Banpo Hangang Park in Seocho-gu, southern Seoul. (Tubester)
After a 15-to-18-minute walk in the direction of the Dulwich College Seoul from Sinbanpo Station Exit 1 on Subway Line No. 9, a wooden deck signals the entrance to Banpo Hangang Park.

Open from 3:00 p.m. to 11:00 p.m., Tubester welcomes guests of all ages to enjoy the sun’s rays on the river, warm sunsets and colorful night views of Seoul.

Users are required to wear life jackets and are instructed on safety and how to operate the tube-style boat.

Passengers can eat self-brought food on the boat, but alcoholic beverages are not allowed.

Additional information can be found at www.tubester.co.kr. 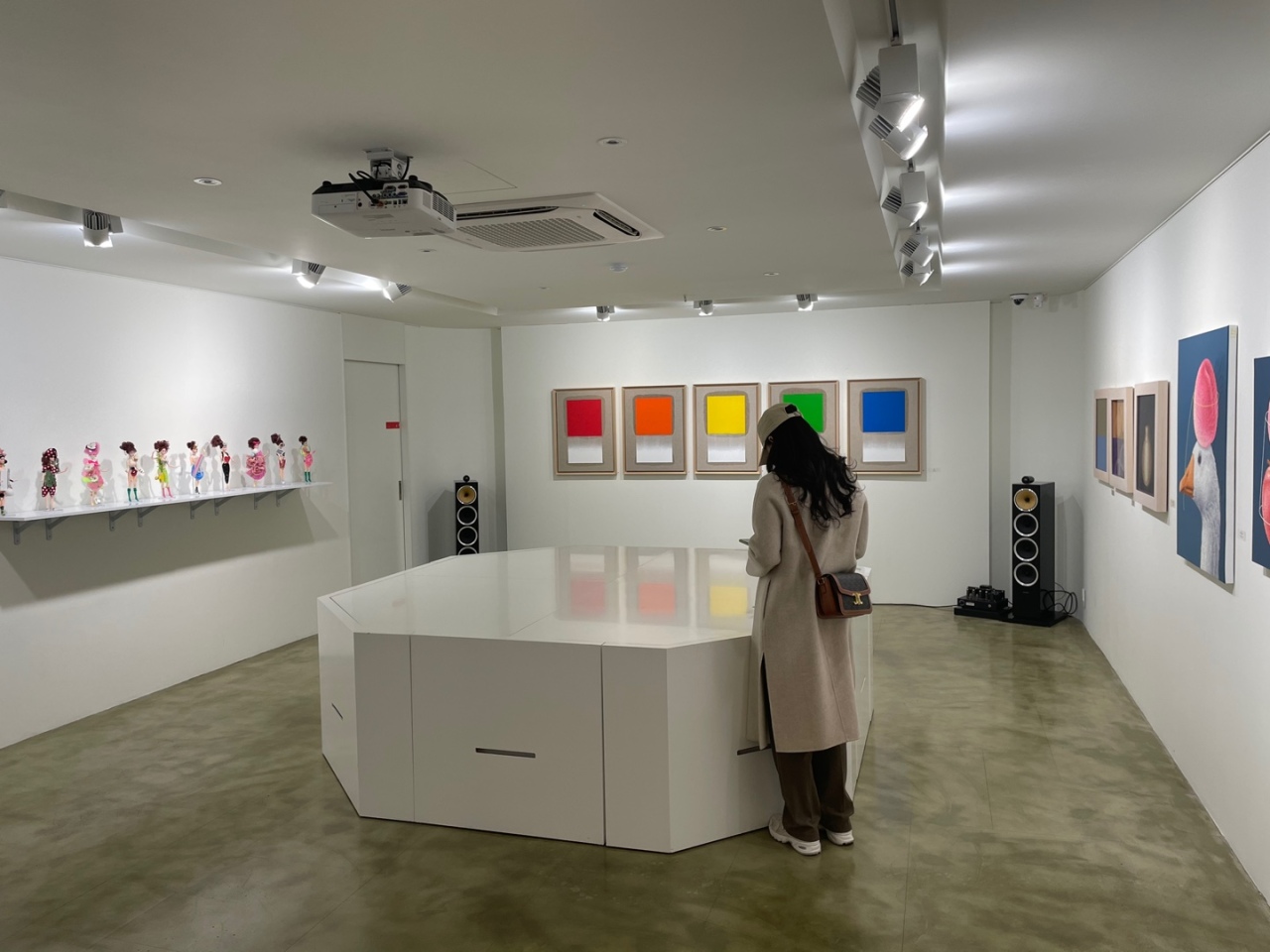 A special art exhibition to help Ukrainian refugees, titled “Art in Faith,” is being held in Cheongdam-dong, southern Seoul. A portion of the proceeds will be donated to the Korean Red Cross, according to the event organizers.

“Art in Faith” features 81 works by 16 artists, each of whom submitted between three and five pieces. These vary in price from 2 million won ($1,640) to 10 million won. 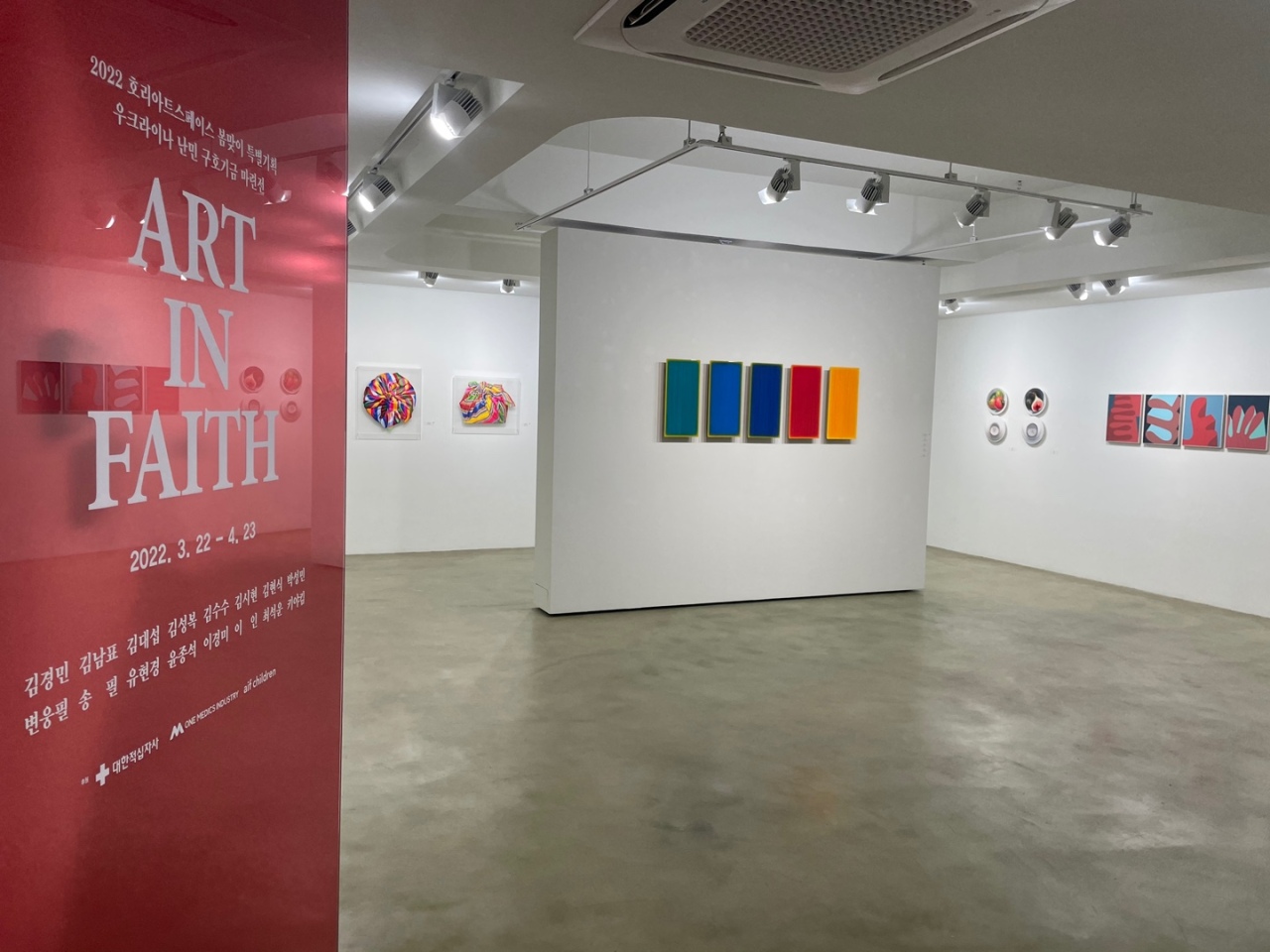 A special exhibition for Ukrainian refugees, “Art in Faith,” is taking place at Hori Artspace and AIF Lounge in Cheongdam-dong, Seoul. (Park Ga-young/The Korea Herald)
“The true power of art truly shines when it can create good influence at a time of pain,” said Kim Yoon-sub, CEO of AIF Art Management, the organizer of the exhibition. 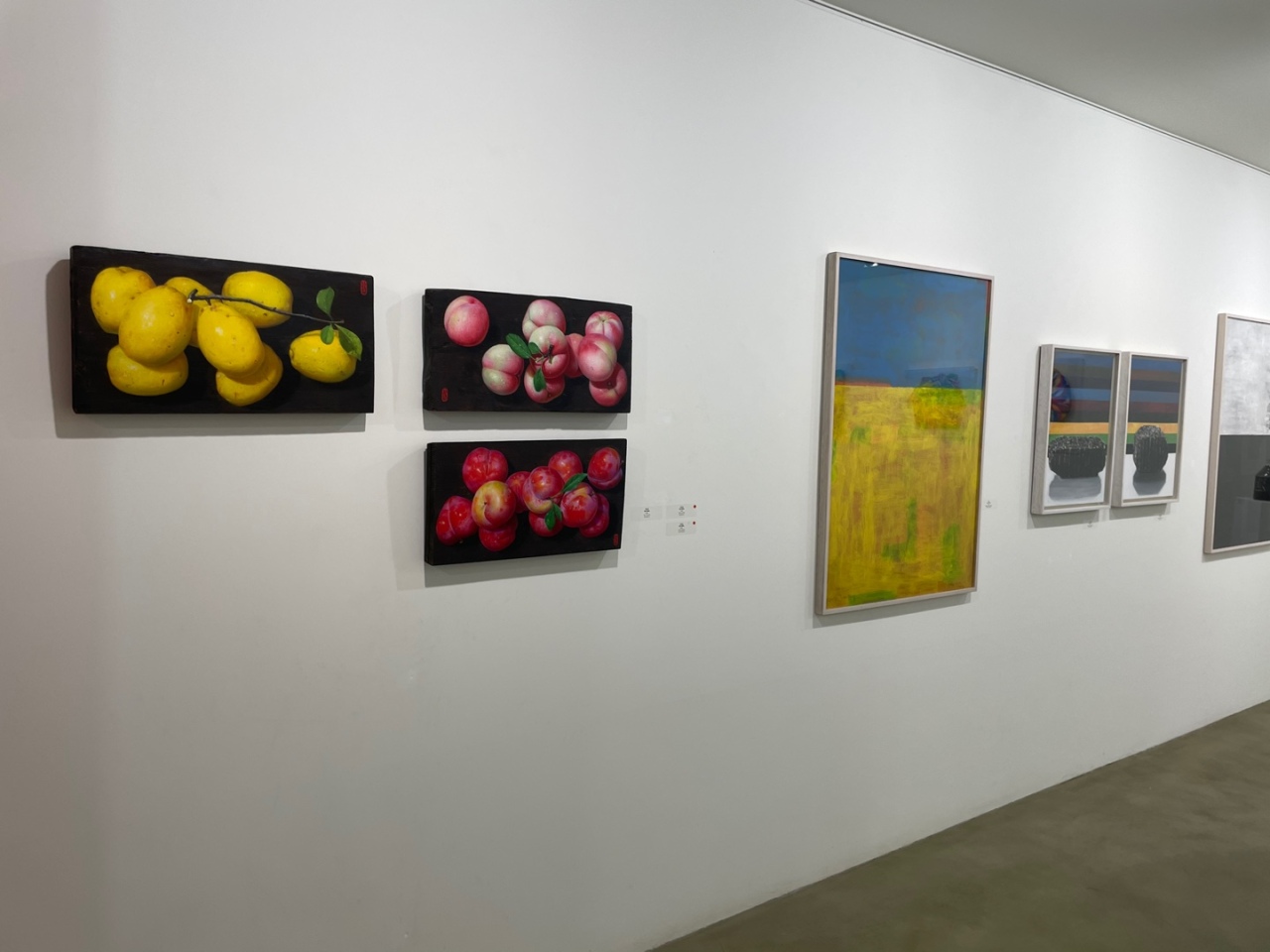 “Art in Faith” runs through April 23 at Hori Artspace and AIF Lounge. It is closed on Sundays and holidays.